Innovation: A time to RISE 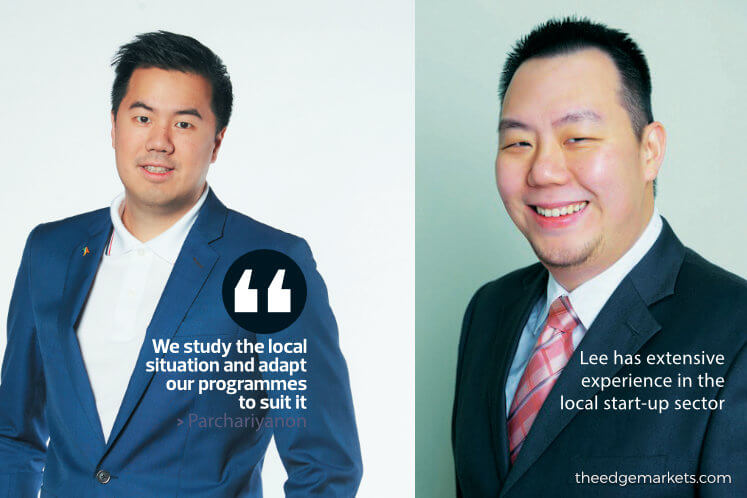 RISE, the Southeast Asian corporate innovation powerhouse that was founded in Bangkok, is setting up shop in Malaysia. The office will be run by Johnathan Lee, who has extensive experience in the local start-up sector as well as working with government agencies.

RISE is not just another corporate innovation body. The difference can be linked directly to the personality of its whiz kid founder, Supachai Kid Parchariyanon, a serial entrepreneur who set up and then sold his first start-up (a stock trading mobile application in Thailand) before he was out of medical school. While practising as a doctor, he built  a digital marketing company and sold it to NTT Docomo.

Having set up and sold two successful start-ups, Parchariyanon looked around for something to do that would not only make money but also create impact. He decided that his personal mission would be to increase the collective GDP of Southeast Asia by 1%. He was not satisfied with impacting the Thai market alone.

Parchariyanon noticed that in the past 5 to 10 years, many governments and large companies had tried to help the start-up sector with varying degrees of success. Having run successful start-ups himself for the past decade, he figured he knew how to do it better.

The major problem with most start-ups is that they have the technology and are much more agile than the large companies, but they do not have customers. That is why many languish and die, even after receiving a government grant.

Parchariyanon thought about it and decided that for start-ups to succeed, they would need access to a large customer base. And who had these? The large companies, be they government-linked, state-owned or public listed.

“That was why four years ago, when I created RISE, I went to talk to one of our major banks, Krungsri Bank, and offered to help create the first financial technology (fintech) accelerator or incubator in the country. The bank’s CEO had heard about fintech, but he was not sure what an accelerator was,” he says.

“I told him that he did not need to understand it. Just give me the money and I would run it. The bank could come in later and acquire the start-ups that would help it get more revenue or reduce its operational costs.”

Parchariyanon says the first accelerator was a huge success. “By the end of the programme, we had something like 50 start-ups, half of which could help the bank get more revenue or reduce costs right away.”

In fact, it was such a success that in its second year of operations, Krungsri Bank set up a one billion baht fund to acquire the start-ups.

“After the bank, we ran an accelerator on behalf of the Thai government. Then, we ran a regional programme for the Thai equivalent of Petronas — the PTT Group,” he says.

The regional programme covered Indonesia, Singapore, Malaysia, Thailand and Vietnam. “Last year, which was our fourth year of operations, it was already a global programme. We had start-ups from 35 countries, including the US, China, Japan, South Korea and Europe,” says Parchariyanon.

But he saw it was not enough for large companies to acquire start-ups to truly disrupt their sectors. The change would have to come from within. So, RISE set up its own Corporate Innovation Academy to train senior management of large companies. So far, 6,000 senior executives have gone through its programmes.

“We train what we call intrapreneurs, that is, entrepreneurs within the company, to help them disrupt themselves internally. So far, we have helped six large companies generate about two billion baht in additional revenue,” says Parchariyanon.

These are strategies that any big company can adopt — innovate from within or work with growth-stage start-ups — to increase revenue, he adds.

Right now, the Malaysian market is hardly propitious, with the Covid-19 outbreak and the surprise change in government. But Parchariyanon takes it all in his stride. “We have been through this before. If you look at Thailand, we had the protests and the Thai government was not that stable. But when we go to a country, we develop very specific strategies for that country,” he says, adding that he is working with Lee to develop a strategy that will work in Malaysia.

Other companies have come to Malaysia, claiming that they could get the corporates and start-ups to work together. They proved to be both expensive and ineffective. How will RISE be any different? “We run a very different playbook. Those companies were from Europe and the US and just reproduced what worked in those markets,” says Parchariyanon.

“We study the local situation and adapt our programmes to suit it. For instance, unlike other accelerators, we do not give out a list of our start-ups to the corporates. Instead, we sit down with them and try to understand what their key pain points are and what they cannot solve by themselves. We call this a problem statement.

“Once we have the problem statement, we throw it to the start-ups in our worldwide network. Only those who are able to solve this problem can join the programme.”

Parchariyanon says RISE accelerators have a 70% success rate. “That means seven out of the 10 start-ups we pick for our programmes will be able to help the corporate make more money or reduce costs right away.”

He adds that the company provides start-ups with access to 300 large corporates across Southeast Asia and that its programmes have proved so popular with the corporates themselves that it has a retention rate of 80% to 90%. “That means out of 100 corporates that worked with us last year, 80 to 90 will continue working with us this year.”

Another thing that differentiates RISE from other corporate innovation programmes is its business model. “Other accelerators take equity in the start-ups, but we let them join for free. That is why we are able to attract the best of the best from around the world to join our programme,” says Parchariyanon.

How does it make money? “We take membership fees from the big corporates that want us to source start-ups from all over the world to help their business. That is why our model is super different,” he says.

Apart from the accelerator and academy, RISE is known for its experiential conferences. Parchariyanon came up with the concept because he was bored by the way conferences are usually run.

“At most conferences, you are just there to listen. You could probably just do that on YouTube, right? We wanted RISE conferences to create a real impact. So, we coined the term ‘experiential conferences’, where you not only get to listen to the inventors of concepts but also attend a workshop with them and experience it for yourself,” he says.

Last year, in its first conference ever in Bangkok, which attracted more than 4,000 CEOs, it had 40 workshops featuring the likes of Tom Kelley (who invented the concept of design thinking with his brother David) and Alexander Osterwalder, who invented the Business Model Canvas.

This year, in September, RISE is targeting 20,000 people for the largest ever experiential conference in Asia, says Parchariyanon. “We will close down three hotels in Bangkok to do that. We are talking about 240 workshops in three days.”

He points out that RISE has tried to cover all the bases when it comes to corporate innovation. “We have conferences that attract a lot of people. If any of them want to learn something more deeply, they can join our academy. And if they want to work with a start-up to help disrupt their company, they can join our accelerator programme.

“We see ourselves as an ecosystem leader in Southeast Asia. Our goal is to be No 1 in corporate innovation in the region.”