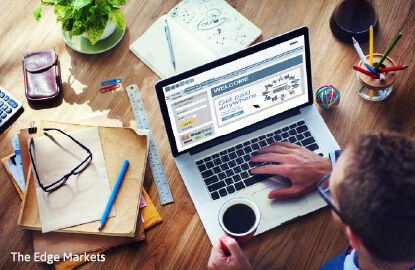 Although Malaysia is a leader in Islamic finance research, very few of the research papers published have translated into feasible innovations, until recently. To help push the sector forward and bring the research and ideas to fruition, International Centre for Education in Islamic Finance (INCEIF), with the support of Bank Negara Malaysia, the Association of Islamic Banking Institutions Malaysia and the Malaysian Takaful Association, recently held the Islamic Finance InnoFest 2016.

For this festival, INCEIF accepted idea submissions — 63 in total — from all over the world, including Japan, Australia and Pakistan, to promote inclusiveness.

“We believe that to really push for innovation, we cannot be stuck in a silo. That is why it is not limited to only Malaysians,” says Associate Professor Dr Baharom Abdul Hamid, director at INCEIF’s Centre of Research and Publication and InnoFest chairman.

He says the event acts as a platform for the participants to meet their potential partners and clients to discuss commercialisation. “Instead of the usual paper presentations, the participants pitched their innovative ideas on stage and explained how applicable they are in the real world. The judges were all subject matter experts. They included Dr Siti Muawanah Lajis from Bank Negara, Azli Munani from Malaysian Takaful Association and Raja Teh Maimunah from Hong Leong Islamic Bank Bhd.”

The following are unique wealth management ideas presented at the festival:

Khairul says the idea came about because Malaysian Islamic banks are not fully tapping the cashless transaction market.

“Last year, there were over RM400 million worth of cashless transactions in Malaysia that used credit cards, debit cards or charge cards. The potential is huge, and I believe that this market is the future of finance. To move forward, there must be innovation in the Islamic banking industry,” he says.

Mulaima provides complete Islamic bank solutions to customers through the mudarabah and murabahah structure. Khairul says it will have three key features — a digital card, a “first class” mobile app and insightful financial analytics. The Mulaima card will be Malaysia’s first digital bank card accessible via smartphones, which can be used to pay for purchases in stores, apps and websites.

“For this to work, Mulaima will partner Apple and Google to bring their digital wallets here to Malaysia. Smartphone users are the world’s biggest demographic and are growing at an exponential pace. Almost everyone owns either an Android phone or an iPhone, and these devices are able to help consumers make purchases safer and easier,” Khairul says.

Although Mulaima will not have a physical branch, the bank’s application will allow consumers to open an account and apply for a charge card as well as financing. They may also transfer funds, pay bills and even deposit cheques — simply by taking a picture with their smartphones. The app will generate codes to allow customers to withdraw cash without using a card at participating automated teller machines and merchants’ stores.

Mulaima will also leverage analytics to assess data on customers’ incomes and spending behaviour to help them better plan their budgets by connecting their spending and financial goals. Additionally, it will provide a financial overview as well as detailed results of the customer’s transactions.

“If the customer requires support, he may ask for assistance from service representatives using a live chat feature available in the app. Mulaima aims to provide an elevated banking and shopping experience for customers, but that’s not all we do. An Islamic bank must provide innovative financial solutions to remain relevant and move forward,” says Khairul.

Other features and solutions that will be available with Mulaima include car loans with zero interest rate and a screening feature that will determine whether certain stocks are shariah-compliant, according to Accounting and Auditing Organization for Islamic Financial Institutions’ standards. The bank will also facilitate crowdfunding efforts to help people seeking emergency financial aid such as to pay for medical surgeries.

Khairul is confident that Mulaima will materialised in the near future. “I find that there is no reason we cannot develop and even better the virtual Islamic banking app developed by First World countries. The concept of Mulaima is solid. Now is just a matter of getting venture capitalists to get on board and establish the company. With enough capital, Mulaima can be implemented straightaway.”

Blockchain as a unified Islamic currency

An Islamic common currency has always been something that many different parties have tried to initiate to achieve monetary union among Islamic countries. This has not yet become a reality for various reasons — one being monetary integration perquisites in Islamic finance are different from the conventional common currency regimes.

During the rise of Islam, the gold dinar was revered as the currency for Muslims. It was introduced as Islamic gold dinar and dirham in the form of coins during the reign of Caliph ‘Abd al-Malik ibn Marwan, with prescribed weight according to the Islamic law agreed by the Islamic jurists at the time. However, the usage ended with the fall of the Ottoman Caliphate in 1924.

After the currency crisis in 1997, which saw the dumping of Asian currencies, Tun Dr Mahathir Mohamad, the then prime minister of Malaysia, suggested in 2001 the usage of gold dinars in a monetary application to the Organisation of Islamic Countries. He had believed that the usage of gold dinars would shield smaller nations such as Malaysia and Indonesia from the instability and injustice of the global economy that had caused sharp declines in the value of the countries’ currencies. The suggestion, however, never materialised.

To revive and realise the dream of a globally unified Islamic currency, Muhammad Mursaleen, international business development consultant at PPP Alliance Co of Japan, says that blockchain technology can be used to develop an Islamic currency that will lead to a market with better trade, higher growth and sustainable economy.

“Information technology has drastically changed the global financial landscape. Apart from causing some challenges, the technology offers enormous potential to rectify and stabilise the current financial system. Among them is blockchain, which comprises all the elements needed for the realisation of the long-awaited dream of a globally unified Islamic currency. Apart from being scalable, the technology also allows transparent and secure transactions,” he says.

Blockchain is a type of distributed ledger that comprises hugely scalable, permanent digital data in packages called “blocks”. It is an open-source system that runs on a peer-to-peer protocol to provide secure and valid achievement of distributed consensus.

Muhammad says the blockchain technology can be applied to create a digital currency that is originated, organised, managed, owned and protected by Islamic authorities and financial institutions in an open distributed trust environment with zero political interference or intervention in its procurement and processing.

“The digital currency, or al-Salam, as I plan to call it, will have a predetermined limited volume, global Islamic political support and a set of comprehensive user interface facilities that will ensure and enhance its intrinsic value,” he adds.

To start, miner nodes will be initialised in desired regions — specifically, in Islamic countries. Therefore, to achieve an operable ecosystem, Muhammad says, a substantial amount of resources in the form authoritative and organisational support from global Islamic entities and stakeholders will be needed.