Innov8tif: Cashing in on increased demand for eKYC solutions 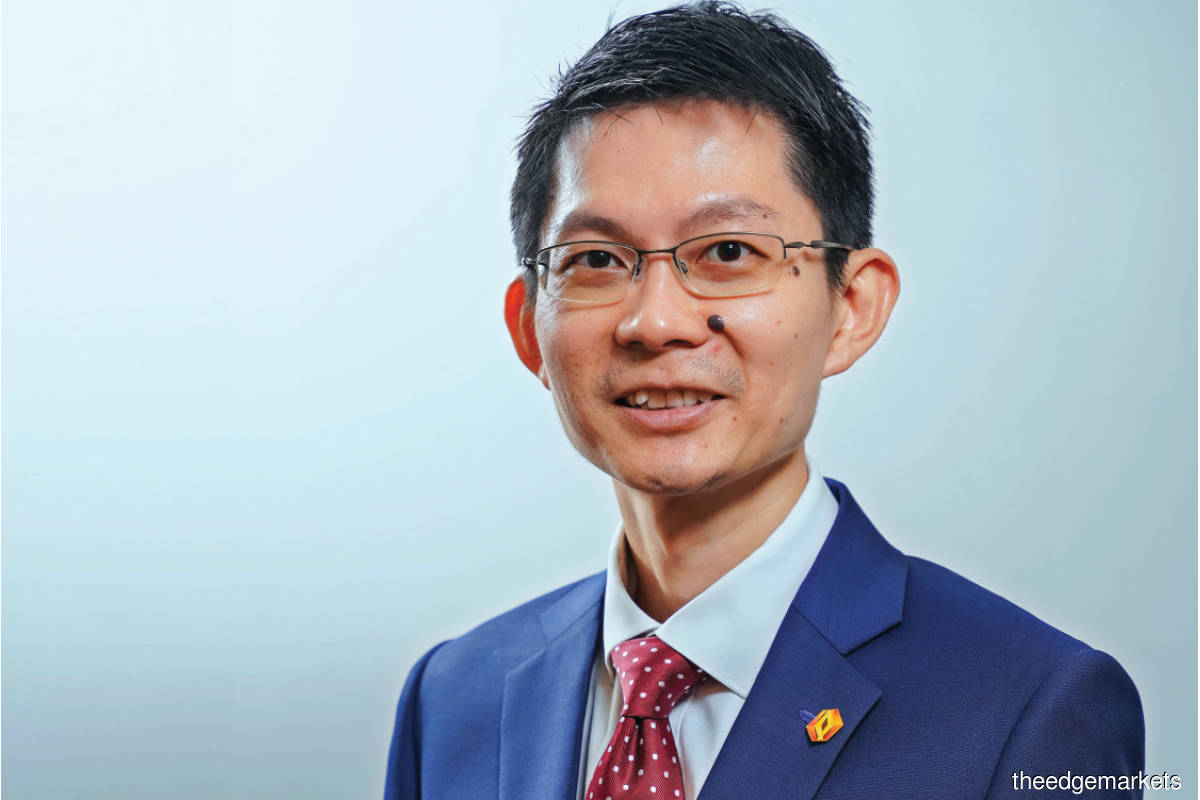 "If they use tech or AI, while the fraud rate will never be zero, it will at least reduce human error by 70%.” - Law

Innov8tif Solutions Sdn Bhd’s management team had a lot of plans this year. Chief operating officer Law Tien Soon tells Digital Edge that he and his partners had mentally prepared themselves for a lot of travelling within Southeast Asia (SEA) to meet business partners in the region to carry out the company’s expansion plans.

“We registered entities in Singapore and Indonesia in January 2018 and last year, we engaged with other partners across Southeast Asia. The thing about partner activities is that they need constant follow-ups. We can do it digitally but what is lacking is the human connection which is not good for relationship building,” he says.

When the pandemic started, a lot of digital companies tried to develop solutions to capitalise on current needs. Law says Innov8tif too went on this journey and developed a contact tracing application, which was its pet project during the first few weeks of the Movement Control Order (MCO).

The plan was to also build a business-to-consumer (B2C) solution for the company’s electronic know-your-customer (eKYC) offerings, which it believed complemented its contact tracing project.

“When you check in on MySejahtera, for example, for first-time registration, we were thinking of getting users verified using their real name stated in their MyKad or passport. We see it today, where sometimes, people simply input a name, unless they get caught on the spot.

“The app was easy to build but when it came to the rollout, it was not our decision anymore.”

Not long after that, the government set up MySejahtera and industry players realised that this type of project would not take off without government backing and approval. And so Innov8tif took a step back to recalibrate and plan its next move. Law says as a company that focuses on the process digitalisation and workflow segment, Covid-19 caused an accidental pivot when the company saw increased demand for its eKYC solutions.

“We were trying to figure out where to focus while ensuring healthy financial cash flow and it just so happened that this year, the situation gave us the opportunity to focus on eKYC because of the rise in self-service registration. But we asked ourselves, can this trend sustain us after the MCO?”

It didn’t have the answer but as time passed, the company noticed that eKYC solutions were gaining momentum and sustaining it. It reached a critical mass.

Even during the non-MCO period, the use of self-service registrations continued. This was mostly in the telecommunications, peer-to-peer lending, equity trading and logistics sectors.

“It’s not that the business of workflow automation shrank. It’s just that we have a new area that contributes even more, which is eKYC. That easily makes up 65% of our recurring revenue.”

Innov8tif started serving the property technology (proptech) industry for the first time this year as well. Law says before this, the company’s services and solutions were not needed by the industry as process digitalisation solutions were not mandatory for their continued operation. But this year, proptech players needed a method to sign property contracts virtually.

“Proptech players are trying to stay afloat but at the same time, they are trying to prepare for what is to come in the post-Covid-19 world. Fortunately, some behaviours and services will stay on, such as self-service registration, as people may prefer not to meet in person if something can be done digitally,” Law explains.

“It’s still a small segment [in Innov8tif] at the moment.”

The never-ending challenge, says Law, is to catch up with fraudsters. He says every two weeks or so, he learns of yet another method they use, as fraudsters become more technologically sophisticated.

He adds that in the event the company is unable to detect fraudulent activity, it will affect the service-level agreement (SLA) between it and its clients. SLAs assure a certain level of service to the clients.

“Fraud is not something we can take for granted. It definitely happens but we only know so much and we can only act based on what we know, until something new pops up,” Law explains.

“We’re a bit more fortunate because our customers are understanding in the sense that they know artificial intelligence (AI) is not something that’s 100% fool-proof and the fact that it’s a learning process for everyone.”

In mid-September, nine people were arrested by Bukit Aman on suspicion of falsely registering prepaid SIM cards, which may have been used by criminals for phone and online activities. Law says situations like this could have been avoided with the help of AI.

“If there is no automated AI authentication to put in place, you have to rely on humans to vet and make judgements. That’s where fraud happens rapidly because of the sheer volume that may go undetected,” he explains.

“The volume for SIM card registrations is large. [Telecommunications companies] expect the compliance team or customer excellence team to go through each case. But if they use tech or AI, while the fraud rate will never be zero, it will at least reduce human error by 70%.

“So the 70% will be the clear and detectable fraud cases and humans can focus on the other 30% of complex fraud cases. That is the kind of difference our technology can make.”

Looking ahead to digital assurance

2020 showed that no matter how secure things are, they can change in an instant. Change is the only constant, says Law, and with that in mind, the company is already preparing for the next five years.

Law is expecting the country to set up a national digital ID which will extend to every citizen in the next 10 years or so. The next thing to focus on after identity verification, he says, is identity assurance. Identity verification is only done once, when a person is being onboarded.

“As an existing customer, how is your identity being assured throughout your customer journey? You could have onboarded to an account to use for transactions. But how does the service provider ensure [in subsequent transactions] that Tien Soon is still Tien Soon?” says Law.

“Identity verification is the beginning of the journey but identity assurance is the long-term solution because fraud can still happen although a person has already been onboarded digitally.”

For now, Law says the company is going to focus on solving the pain points of businesses using AI as it waits to revisit plans of regional expansion to replicate the services it has provided in Malaysia during the pandemic.

“We have a presence in Singapore and Indonesia, and we have been growing virtually in Singapore this year. We need to do better in the Philippines, Vietnam and Cambodia. And we will do so when the time is right.”