Inflation to remain benign for rest of 2019 — economists 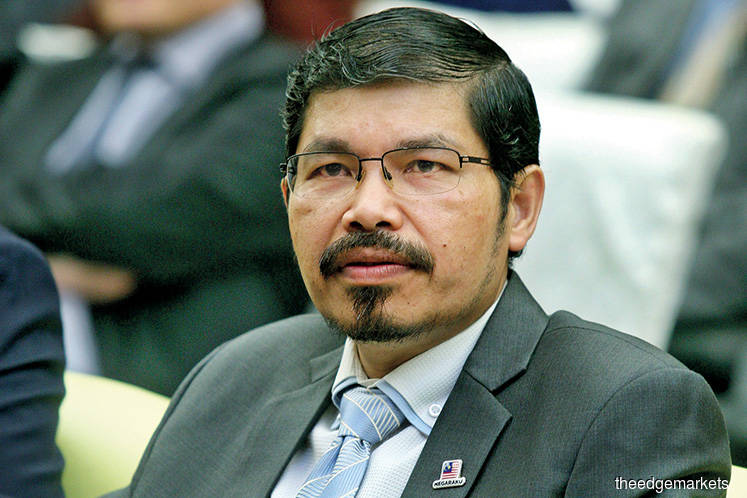 KUALA LUMPUR: As the Consumer Price Index (CPI) edged slightly lower in July, economists expect inflation to stay benign for the rest of the year.

The Statistics Department announced yesterday that the CPI, a main gauge of inflation, grew 1.4% year-on-year (y-o-y) in July, compared with 1.5% in June. The index measures changes in the weighted average of the prices of a basket of consumer goods.

Chief statistician Datuk Seri Dr Mohd Uzir Mahidin (pic) highlighted 394 of 552 items covered in the CPI showed an increase in price in July compared with that in the same month last year, while 120 items declined and 38 items unchanged.

“The increase in the overall index was driven indices of furnishings, household equipment and routine household maintenance (3.3%), food and non-alcoholic beverages (2.4%), recreation services and culture (2.4%), alcoholic beverages and tobacco (2.3%) and communication (2.1%),” he said.

OCBC Bank Treasury Research economist Alan Lau, in a note issued after the announcement, said the headline inflation may still be at a favourable level until end-2019. He expects it to average at 0.8% y-o-y for the entire year.

“The low base effect impacting inflation levels should wear off September 2019 given the tax holiday last year ended Sept 1, 2018,” he said.

Lau said it is still uncertain when the government will roll out the targeted fuel subsidy mechanism and whether the RON95 retail price would remain capped at RM2.08 per litre for the rest of the year. If the cap continues, he said, it would weigh down on inflation.

Similarly, UOB senior economist Julia Goh noted the subsidised petrol prices and a moderation in electricity and recreation services inflation have offset the price gains in food and gold-related products.

“The government will soon announce its new targeted fuel subsidy scheme that may see the price cap on RON95 petrol and diesel lifted once the scheme comes into effect.

“Based on the current Brent oil prices of around US$58 to US$60 per barrel, we estimate a petrol subsidy the government of around 20 sen per litre,” she said in her macro note yesterday. Goh maintained her 2019 full-year inflation forecast of 0.8%.

MIDF Research foresees headline inflation this year to average at 0.6% y-o-y. It expects the food component to provide an upside pressure on the overall inflation, while the capped fuel prices will still provide a downward pressure.

“Moving forward, as we expect the core inflation rate and other major macroeconomic indicators to remain stable, we opine that there would be no further change in the monetary stance Bank Negara Malaysia (BNM) for now,” said the research house.

OCBC, UOB and MIDF agreed that BNM is unlikely to pursue another overnight policy rate cut in its monetary policy committee meeting on Sept 12, despite the central banks of India, New Zealand, Thailand and the Philippines going ahead with rate cuts.

“One reason we don’t think BNM will do a successive rate cut is the CPI remains benign, especially at the core inflation level, since the headline number is ‘artificially’ low due to the RON95 price cap,” MIDF head of research Mohd Redza Abdul Rahman told The Edge Financial Daily.

In May, BNM cut its key interest rate for the first time since 2016, from 3.25% to 3%, amid low inflation and concerns over slowing growth.

Mohd Redza further explained that other macroeconomic indicators have so far pointed to a robust gross domestic product (GDP) figure for the second quarter of 2019, supporting the notion that a rate cut BNM is unlikely.

“But the thing to look at would be the escalating trade war — how much impact it has on our exports. While the trade balance improved, exports have started declining in May and June.