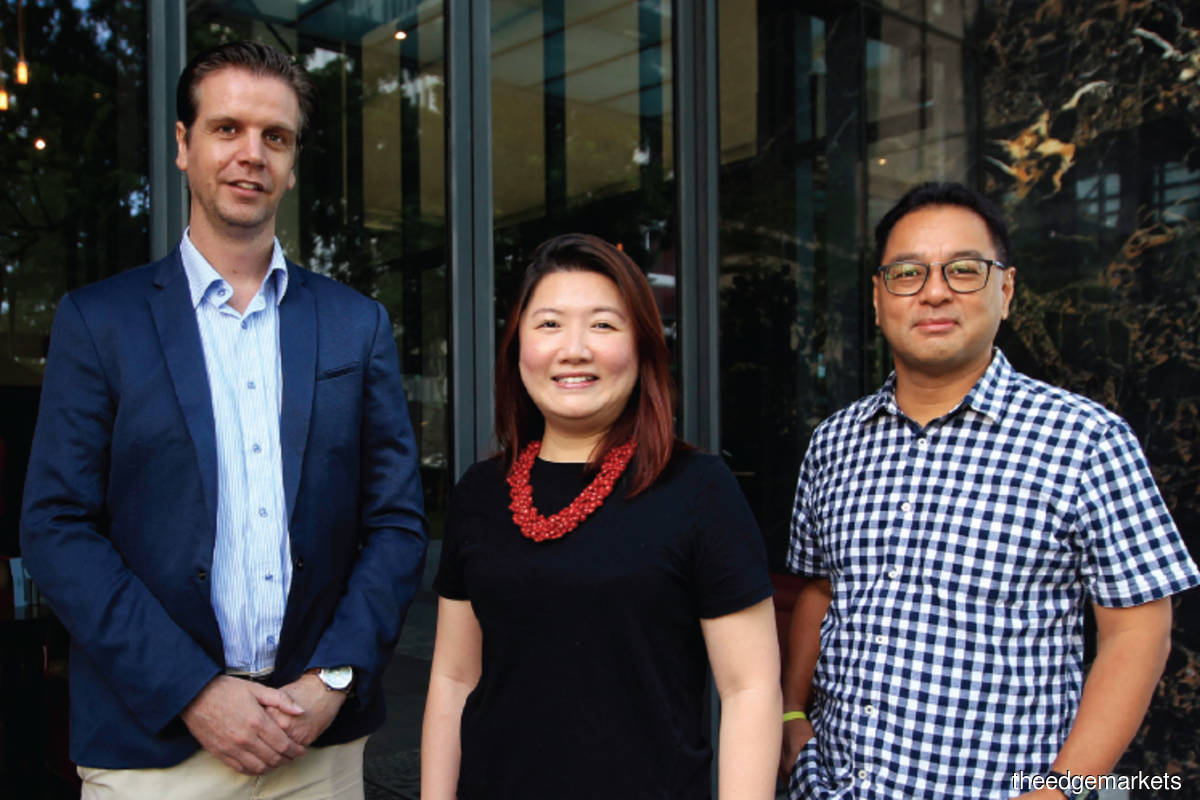 In recent years, the Malaysian Business Angel Network (MBAN) has received an increasing number of inquiries from corporations and institutional investors who are interested in making angel investments.

Some had set up their own venture capital (VC) arms to invest in start-ups. Others had organised hackathons and launched accelerator programmes to invest in the winning start-up teams. But there were also many corporations that did not know how to go about investing in early-stage start-ups.

To help corporations become angel investors, MBAN has launched a corporate membership programme. According to its council members, it is the first angel association in the world to have corporate investors as members.

MBAN believes the corporate membership programme is a timely initiative that will benefit companies that are eager to innovate by working with start-ups. The Malaysian start-up ecosystem is suffering from an early-stage start-up funding gap and a scarcity of start-up investors.

“Entrepreneurs frequently complain there is not enough funding [available], while venture capitalists (VCs) and corporations always say there is not enough high-quality deal flow. There needs to be a balance. That’s why we are trying to get corporations involved [at the early stage] so we can build more high-quality start-ups and nurture them,” says Matt van Leeuwen, MBAN council member and chief innovation officer at Sunway Bhd.

If more good-quality start-ups are nurtured at the early stages, VCs and other institutional investors may be more willing to invest in Malaysian start-ups at the later stages. This will bode well for the overall private funding landscape in Malaysia.

“It’s like the domino effect. If you strengthen the start-ups at the early stages, they will become stronger. Corporations can also have access to these start-ups’ products and services. When the start-ups are good enough, institutional investors and foreign VCs will start to come in at the later stages too,” says Xelia Tong, MBAN council member and managing partner at Scaleup Accelerator Sdn Bhd.

According to the Securities Commission Malaysia’s 2019 annual report, most of the funding in the country last year went to growth-stage companies (post-Series A) (68.4%), followed by early-stage (29.6%) and pre-IPO companies (1%). Less than 1% of funding went to the earliest-stage start-ups.

“We see a funding gap for early-stage start-ups, especially at the pre-Series A stage. Individual angel investors usually have limited resources and cannot fill this gap. That is where corporations can play a role,” says Peter Wee, MBAN council member and partner at NEXEA Angels Sdn Bhd.

Corporations can give a huge boost to the early-stage investing landscape not just by providing capital but also mentorship and a testbed for start-ups. Corporations that are keen on innovations could find this beneficial. Meanwhile, the start-ups can test their solutions with potential customers and improve their offerings.

The start-up can increase its value, as it is able to validate its solutions with major players in the market. The corporations and individuals who invested in the start-up at the early stages can also benefit from its higher valuation later on if the business becomes successful.

“We believe corporate and individual angels can complement each other in supporting early-stage start-ups. Corporations can provide a testbed to validate innovations and business models through their own business and network of domain experts. This validation not only helps start-ups find product-market fit but will also boost their credibility. Institutional investors can then continue to help start-ups scale in the region or globally in later VC rounds,” says Van Leeuwen.

Bringing corporate investors into an angel investor network is important because it allows early-stage investors to come together and exchange knowledge. Investing at this stage is risky, as many of these start-ups could fail. Knowledge of the ecosystem is crucial.

“After you listen to a pitch, are you going to put in money straightaway? It is never love at first sight for angel investors and start-ups. You have to court the start-up founders, seek the opinions of other angel investors, after which you then have the confidence to invest,” says Wee.

“Even Google and Salesforce worked with local VCs and angel investors to invest in early-stage start-ups. Meanwhile, for angel investors, you want to come in as well if a big corporation invests in a start-up because you know it is not in it for the short term. [The entry of corporate investors] gives confidence to other angel investors to come in,” says Van Leeuwen.

In Malaysia, Petronas is one of the corporations to have most recently set up a VC arm. Its ­Petronas Ventures made its first investment in June. Other corporations with VC arms include Sunway and OSK Holdings Bhd. In the US, Google, Intel, Qualcomm and Salesforce have launched some of the biggest VC firms, although each invests at different development stages of the start-ups.

Teaching corporates how to be angels

MBAN will organise workshops to educate corporate angels on what to look out for when investing in early-stage start-ups. The workshops include angel investor deep dive workshops, start-up valuation workshops, as well as design thinking and design sprint workshops.

“Our primary role is to provide education and awareness on start-up fundamentals and provide network access and immersion tours. In our deep dive training, corporations can gain confidence in dealing with start-up ecosystem partners,” says Wee.

Corporate angel investors will be taught how to verify the valuations of start-ups, how to manage arguments with investees and how to create a portfolio of investments to offset the high-risk nature of early-stage start-up investments.

“We need to teach corporate angels that it is alright to fail. We punish failure in the corporate environment, but it’s different in the start-up world. They need to have a different mindset,” says Wee.

The corporations will be linked to ecosystem partners such as start-ups, related government agencies, other corporations, R&D institutions and industry experts. As MBAN is part of the Asean Angel Alliance, it also hosts cross-border joint pitches and exchange of ideas.

The corporations can become angel investors in various ways. Some will draw funds from their balance sheet and invest in start-ups that give a synergistic effect to their business.

“Some other corporations are more like a VC or institutional investor, where they set up a separate fund so the investment decisions are not influenced by the corporation. Sunway’s Sun SEA Capital is one example. For funds like this, we usually take smaller stakes in start-ups and invest in businesses that may not have direct synergy with the corporation but can give good financial returns,” says Van Leeuwen.

More corporations might be interested in becoming angel investors, Wee believes, as technology innovation is occurring at a rapid pace.

“Google buys a stake in quite a lot of start-ups that have emerging technology. As more start-ups come up with new technologies, corporations realise that they need to change quickly,” says Wee.

MBAN hopes to sign up 100 corporations in the next year as corporate angels. “So far, we already have ‘early adopters’ that are conglomerates and leaders in their respective industries expressing interest,” says Wee.

The angel investing scene in Malaysia has been growing slowly but steadily over the past decade. Currently, there are over 300 accredited angel investors here, according to the Malaysian Business Angel Network (MBAN), which is responsible for the accreditation of angel investors and angel investor clubs in the country.

MBAN credits part of the growth to its consistent deal flow sharing and education programmes for angel investors. This has also resulted in the increasing participation of angel investors in equity crowdfunding (ECF) platforms.

However, more can be done. For instance, most angel investors are currently in the Klang Valley.

“One of MBAN’s objectives is to reach out to other parts of the country and educate a new pool of potential angel investors. We have done this in Penang and our next stop is likely Sarawak,” says Xelia Tong, MBAN council member.

“This is important for MBAN because we would like to ensure that we have professionally qualified angel investors in the ecosystem who can contribute to the growth of start-ups and not stifle them by imposing adverse investment terms.”

This type of education could be particularly important to angel investors in times of crisis, such as the Covid-19 pandemic, which has impacted the portfolios of most investors. In such times, active angel investors will try to mentor the start-ups, inject bridge round financing or, in the worst case, write off some investments.

“Passive angels will probably panic and start demanding an exit, which could be near impossible with such market conditions. Will this be a setback for the ecosystem? Probably not, because the start-up space has always been and will remain attractive for investments. The only change [to the ecosystem] will be the emergence of more cautious and educated investors, as they realise the need to learn proper investing skills,” says Tong.

In Malaysia, most of the funding for start-ups goes to growth-stage companies. As a result, there is a funding gap for early-stage start-ups (pre-Series A). Typically, when founders of start-ups are at this early stage of product ideation and development, they are supported by angel investors, family and friends as well as government grants.

“At the commercialisation stage, angel investors also play a big role. But once these rounds of funding are exhausted and companies need funding of between RM1 million and RM3 million, there is a gap. Individual angel investors are unlikely to provide such large amounts of funding, whereas venture capitalists (VCs) may find this amount too small,” says Peter Wee, MBAN council member.

“Fortunately, ECF has somewhat filled this gap, as have angel clubs, where groups of angels pool their funds to invest. These methods allow for higher amounts of funding. However, more can be done to fill the gap, and this is where corporate investors can come in.”

VCs tend to invest at the later stages as they focus on start-ups with traction and revenue and those that have potential to generate returns. Corporations, on the other hand, can invest not just for financial returns but also as part of their strategy to build new products or services.

The missing link in early-stage funding is corporate investors and more VC investors, Wee believes. “We have proposed a corporate tax incentive that has been accepted by the government in previous budgets. We understand that it is in the process of being finalised, but progress has been slow. We hope the current government will speed up the process because, like the angel tax incentive, this will catalyse the growth of corporate investments,” he says.

Individual angel investors who are accredited by MBAN can qualify for the angel tax incentive administered by Cradle Fund Sdn Bhd. The tax incentive focuses on angel investments in high-growth tech industries.

A corporate tax incentive could also encourage the private sector to invest in VC funds and improve the overall ecosystem. “The government has done a lot, but there are still gaps that it can fill, especially with tax incentives. This will bring more private capital into the market,” says Wee.