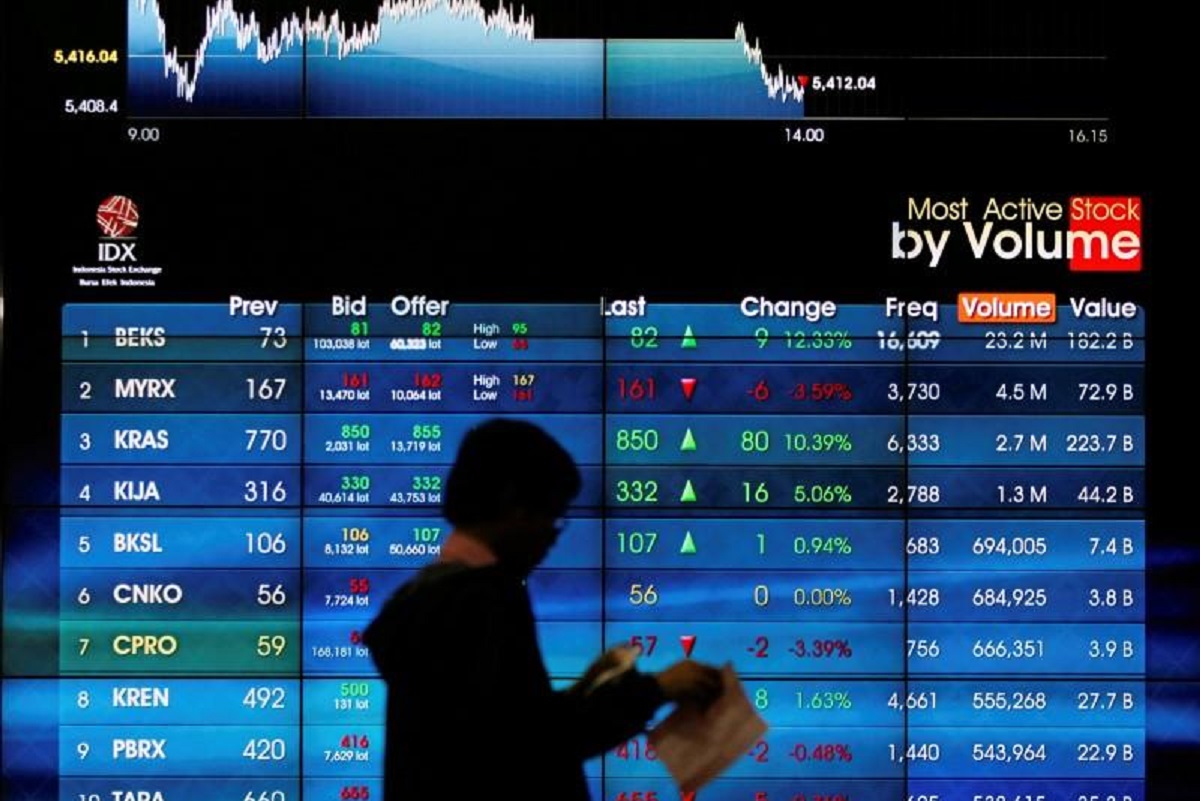 (July 8): Indonesia bucked Asia's second day of stock losses on Wednesday on hopes extra funds pumped into the economy from the government and central bank would strengthen the financial sector and the coronavirus-hit economy.

Elsewhere, rising global infections and an increasingly cautious outlook over US growth hit investor appetite for risk, keeping currencies flat and pushing stock markets in the Philippines and South Korea on the retreat.

Stocks across the region were on a tear on Monday, gaining around 7% over a handful of sessions, but the mood globally has turned darker as the volume of infections stirred fears about the scale of recession to come.

Central banks across Asia have been acting aggressively to ease the pain for their economies, with Malaysia the latest to cut rates on Tuesday.

Daniel Dubrovsky, an analyst with DailyFX, said Indonesia's banks were gaining on the flood of extra liquidity from a government and central bank-sponsored bond scheme worth roughly US$40 billion.

Ratings agency S&P said earlier this week that the details of the scheme, which involves both central bank bond-buying and support for businesses, had calmed its concerns about any impact on Indonesia's credit rating.

Indonesian shares gained 1.3% in morning trade to hit a one-month high. The rupiah was flat against the US dollar.

Maybank analysts said in a note that markets across the region were stuck in "consolidative ranges", weighed down by fears that the rise in infections could hit activity in the third quarter and undermine recent positive data as countries eased restrictions.

Bloomberg reported Philippines President Rodrigo Duterte as saying the country would "have to be very circumspect in reopening the economy", as cases mount. Stocks were around a third of a percent lower.

Currency markets in both emerging and developed parts of Asia were largely flat as the cautious global mood supported this week's flows into the US dollar. The biggest move in Southeast Asia came from the Philippine peso, which advanced just 0.2%.