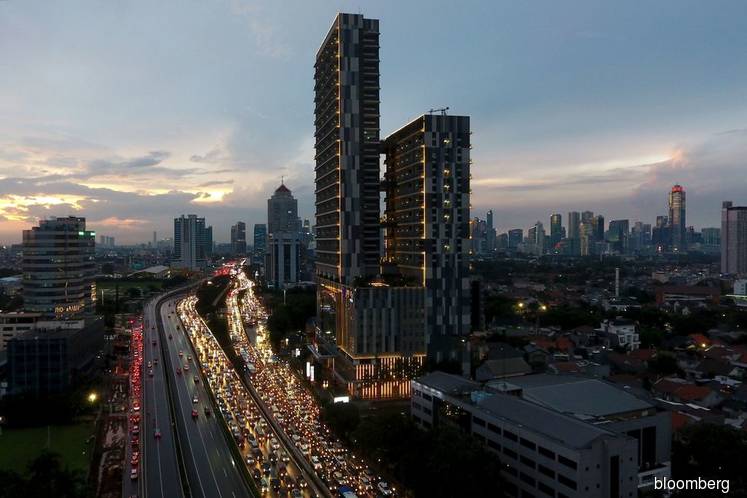 JAKARTA (Nov 29): Excess liquidity in Indonesia's banking system and weak demand for credit could lead to more bad loans, a regulatory official warned on Friday, after announcing that loan growth had slowed to the weakest pace in three years.

Loans extended by commercial banks rose 6.53% in October, the weakest pace since September 2016, and slower than 7.89% in the previous month, data from the Financial Services Authority (OJK) showed.

Outstanding loans for mining and construction firms contracted, while the overall non performing loan (NPL) ratio inched up to 2.73%, from September's 2.66%.

It also said it would cut banks' reserve requirement ratio (RRR) starting Jan. 2 to free up US$1.8 billion in funds that could be used for additional lending.

The RRR cut was the second this year. The first, which was effective in July, also freed up some US$1.8 billion to the banking industry.

BI has also slashed its benchmark interest rate by a total of 100 basis points since July to try to lift loan and economic growth.

"If industries don't want to take out more loans, what will the liquidity be used for?" Purnomo said.

"If there is an oversupply of liquidity, it will be given to the same players and can lead into problems like Duniatex," he said, referring to a troubled textile group which is undergoing court-supervised debt restructuring.

Souring loans to Duniatex were behind the increase in the overall NPL ratio, Purnomo said, noting NPLs had also risen in trade and mining sectors.

At its annual dinner with bankers on Thursday, BI Governor Perry Warjiyo vowed to keep monetary policy accommodative in 2020.

"Anytime there is an opportunity to lend, we will do so because we have enough liquidity. Our loan-to-deposit ratio is only 80% and our capital is strong. But this depends on the conditions, you can't force demand for loans," he told reporters after the BI dinner.