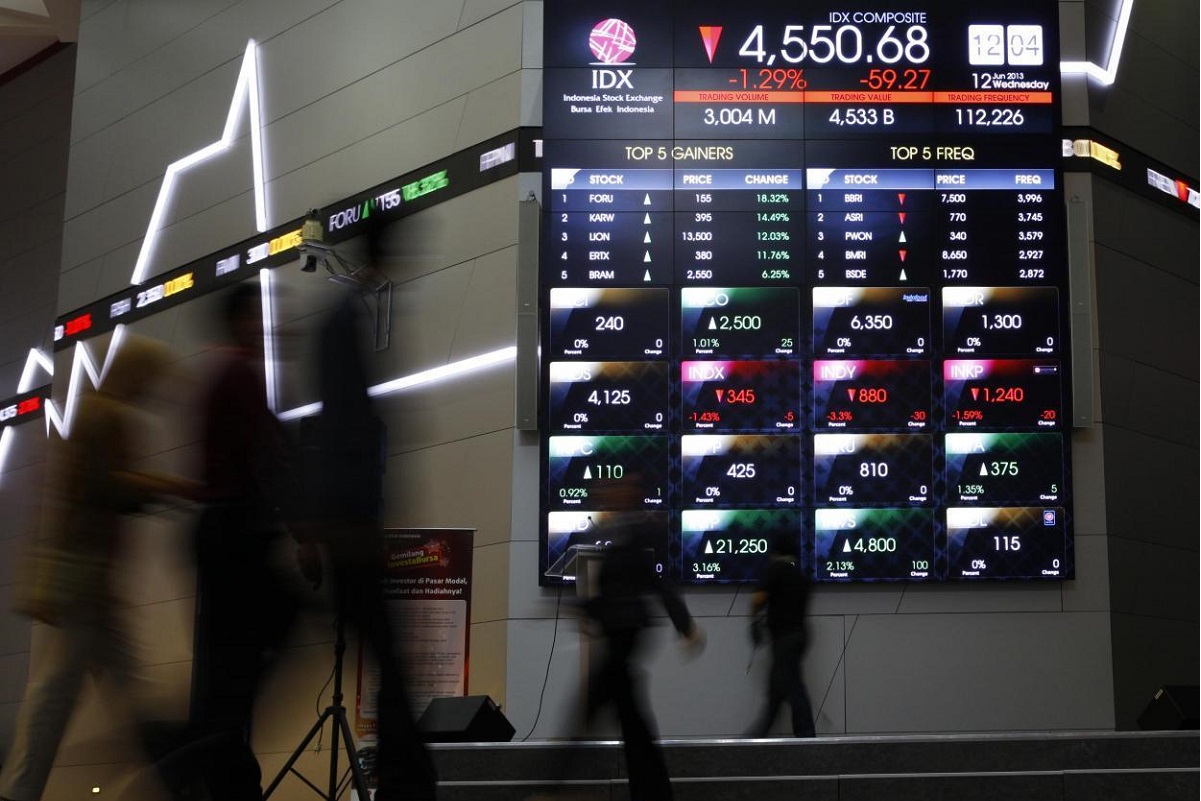 (Sept 15): Indonesia stocks pulled back on Tuesday after a more than 5% surge over the last two sessions as a Reuters poll of analysts predicted the country's central bank would stand pat on interest rates in favour of supporting an under-pressure rupiah.

Upbeat Chinese data supported other emerging Asian share markets at the start of a week that also sees meetings of the US Federal Reserve and Bank of Japan.

Jakarta's stock market, however, was the biggest decliner ahead of Thursday's central bank meeting and after Indonesia reported a steeper-than-expected drop in imports and exports for August.

Brokerage Samuel Sekuritas in a note to clients also cited profit-taking for the weakness in Indonesian equities.

Bank Indonesia (BI) has had to intervene to stabilize the currency multiple times this month as foreign investors worry about the bank's independence, the country's debt and growth prospects.

The rupiah firmed as much as 0.2% and stocks came off session lows, however, after experts insisted BI must remain independent while calling for an expansion of the bank's mandate before a parliamentary committee.

Other regional currencies also rose against a subdued US dollar.

The US dollar has been sold heavily against its developed world counterparts in the past three months, and data on speculative positions show global investors are also net "long" on emerging currencies against the greenback, following the Fed's rejigging of its policy framework to spur growth and inflation.

The emerging positions, however, are far less extended, reflecting the risks investors see around growth and the heavy load of coronavirus cases across a number of major developing markets.

Singapore stocks advanced 0.5%. Jeffrey Halley, a strategist with trading platform OANDA, attributed the move to a sign of confidence in the local market after China's Tencent chose the city-state as its Asia hub.

In the Philippines, which reported record coronavirus deaths for the second time in three days on Monday, shares recouped earlier losses to gain 0.4%.

"While the overall tone remains cautious over fears of Covid-19 cases resurgence due to gradual easing of physical distancing protocols, market's risk appetite seems to have picked up," said Jennifer Lomboy, a fund manager at First Metro Asset Management.

"With the strong run of some defensive names, local players were seen slowly shifting to cyclicals as market confidence on economic recovery builds up."