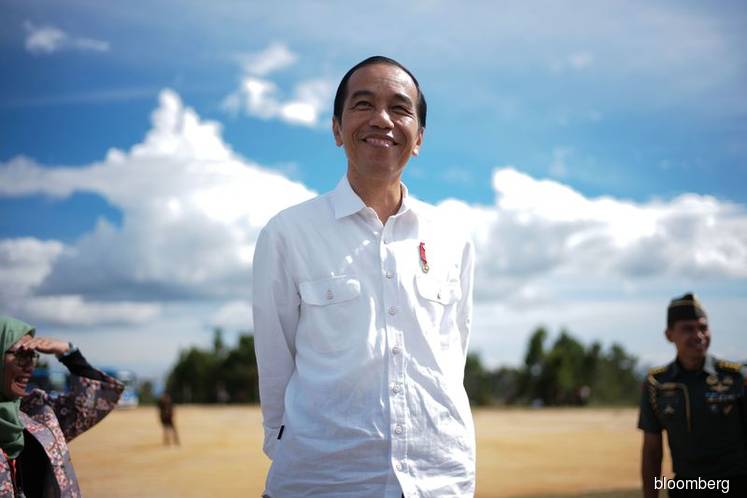 JAKARTA (Feb 26): Indonesia is ready to seek parliamentary approval for a bill to accelerate the construction of a new capital that’s drawn interest from investors across the world, according to President Joko Widodo.

The National Development Planning Agency may submit the bill to the parliament this week, Jokowi, as the president is known, told a cabinet meeting in Jakarta on Wednesday. The bill, once passed by lawmakers, will serve as the legal basis for the new capital, he said.

Jokowi urged ministers to expedite mapping of the project to determine the role of the private sector in financing the construction of the yet-to-be named capital on Borneo island. The government aims to start the construction of basic infrastructure later this year, he said.

The bills on capital relocation along with job creation and taxation are part of the sweeping reforms pushed by Jokowi to boost investment and growth. The new capital, to be built at a cost of about $34 billion, has already drawn interest of investors from China, the Middle East and the U.S., according to officials.

“The concept of the new capital development as a smart metropolis has been noticed by the world and countries have even started to express their interest,’ Jokowi said. “That’s why we need to prepare details for the partnerships with other countries. I want us to take steps to accelerate the process.”

Jokowi is counting on private and state-owned entities to bear about 80% of the cost of building the capital. Authorities will move the capital in phases from 2024, with the new city eventually becoming home to as many as 6-7 million people.

Indonesia has identified about 256,000 hectares of land for the new capital on the island of Borneo -- about four times the size of Jakarta. Regular flooding in the Jakarta metropolitan area, home to almost 30 million people, and the need to spread economic growth beyond the main Java island have prompted Jokowi to fast-track the capital relocation.