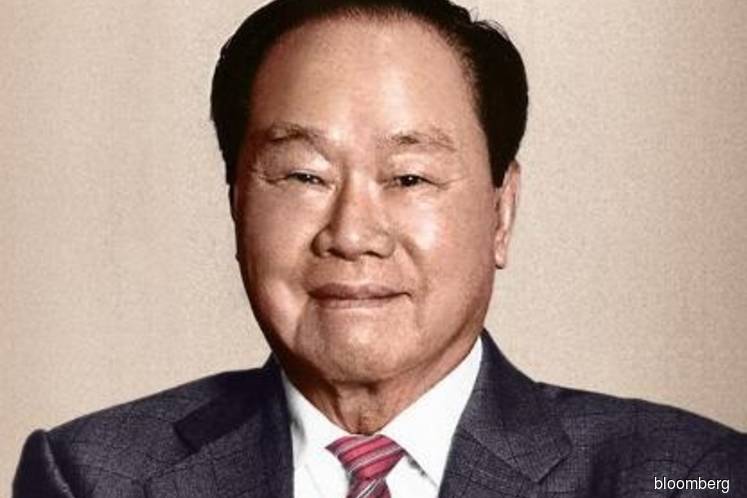 JAKARTA (Jan 27): Eka Tjipta Widjaja, who became a coconut and palm-oil trader at the age of 15 before building a multi-billion dollar empire with businesses spanning paper and pulp to financial services, has died.

Widjaja, 98, passed away at his home in Jakarta on Saturday, said Gandi Sulistiyanto, a managing director at Sinar Mas Group. The founder of Sinar Mas was Indonesia’s fourth-richest person with a net worth of US$9.3 billion, according to the Bloomberg Billionaires Index.

The Indonesian tycoon of Chinese origin will also be remembered for the US$14 billion default by his flagship Asia Pulp & Paper Co after the 1998 Asian financial crisis. While several of Sinar Mas’s businesses were taken over by the government after the fall of the dictatorship of General Suharto, Widjaja managed to rebuild his empire, which employs around 380,000 people in Indonesia.

Widjaja, then known as Oei Ek Tjhong, landed at Makassar in Indonesia’s Sulawesi province as a seven-year-old with his parents from mainland China. He started out selling biscuits and sweets by bicycle, Sinar Mas Group said in a statement.

“Even though he only graduated from elementary school, for him there was no hope and ideals that were too high,” Sinar Mas said. “The philosophy of honesty, maintaining credibility, and being responsible, both toward family, work and social affairs became his life’s compass.”

His early success in commodities trading spurred him to diversify into paper and pulp, real estate, food and telecommunications, with holdings primarily in Indonesia, Singapore and Malaysia.

The fallout from the Asian financial crisis forced the group to surrender control of its flagship bank, PT Bank Internasional Indonesia, after opting for a bailout from the central bank. Widjaja moved back into banking by acquiring PT Bank Shinta Indonesia in 2005 and later renamed it as PT Bank Sinarmas.