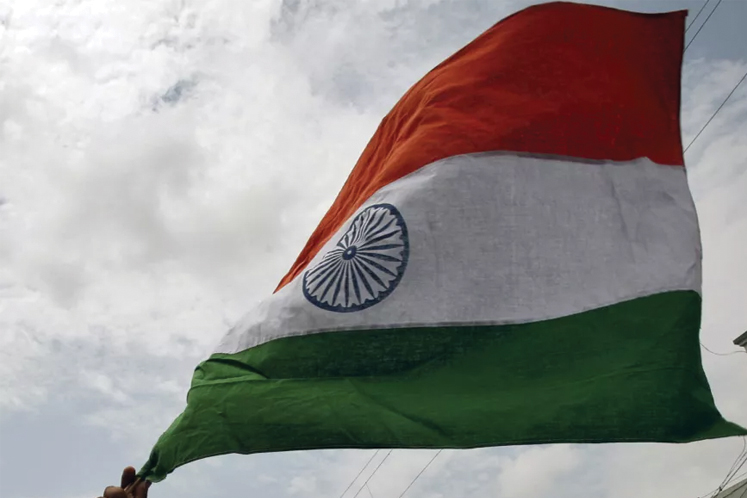 NEW DELHI (April 2): Thousands of health officials across India are racing to identify people connected to at least 10 virus hotspots, as the infection rate continues to climb in the world’s second most populous country.

In the capital New Delhi, more than 8,500 Muslims attended a gathering in mid-March that is now the focus of an urgent contact tracing effort stretching through several states and into Southeast Asia. In a separate cluster, as many as 30,000 people are under strict quarantine in the northern state of Punjab after a Sikh priest, Baldev Singh, refused to self-isolate after returning from a trip to Europe. He attended events in more than a dozen villages in March before he died from Covid-19.

With barely 48,000 tests conducted in a nation of 1.3 billion people — and the Ministry of Health’s confirmation that India is utilizing less than 40% of its available testing capacity — virology experts say the true rate of infection in the country could be much higher. India has so far identified 1,998 coronavirus cases and 58 deaths, according to data compiled by the Baltimore-based Johns Hopkins University.

The newly emerging infection clusters could signal the start of a serious virus battle for India, where health officials insist there are no community transmissions. The exodus of hundreds of thousands of poor laborers from cities to the hinterland has also increased concerns that the virus may have spread wider across the country.

“As far as the Indian population movements are concerned, whether they are migrants or folks moving back to their villages, it’s all a formula for chaos and disaster,” said Steve H. Hanke, professor of Applied Economics at John Hopkins University. “Given the wholly inadequate health infrastructure in India in general and particularly in the outlying rural villages, the magnitude of the disaster will be magnified.”

Contact Tracing
The New Delhi religious gathering has been linked with more than 300 confirmed infections and 19 deaths, across at least eight states, according to news reports and state government data.

About 2,361 people have been evacuated from the city’s tightly packed Nizamuddin area, where Muslim devotees from throughout the country, as well as Indonesia and Malaysia, attended the gathering at the Tabligh-e-Jamaat’s Markaz. About 617 have been admitted to hospital while the rest have been quarantined, Manish Sisodia, deputy chief minister of Delhi, said on Wednesday in a tweet.

In Telangana, more than 1,000 people who attended the gathering have been quarantined, said G. Srinivas Rao, director of the southern state’s public health department. Six attendees have since died after contracting the infection, the office of the chief minister said in a tweet. In southern state of Karnataka, about 300 people attended the congregation and 40 of them have been identified and quarantined, state Health Minister B. Sriramulu said in a tweet.

Quarantine efforts were also underway in the states of Madhya Pradesh and Gujarat, with India Railway scrambling to provide information regarding the thousands of passengers who traveled on five trains with people from the New Delhi gathering, the Press Trust of India said.

In Punjab, 19 people who came into contact with the Sikh spiritual leader have tested positive and are in hospitals, said Gautam Jain, sub-divisional magistrate of Banga area of Shaheed Bhagat Singh Nagar district. A buffer zone of seven kilometers has been created around 15 villages and medical teams are going house-to-house to monitor the health of residents, Jain said.

Faithful at Risk
Large religious gatherings have been at the center of other clusters across Asia. In Malaysia about half of the country’s confirmed cases have been linked to an event that ran from Feb 27 to March 1 attended by about 16,000 people at a mosque near Kuala Lumpur.

Meanwhile, an obscure religious sect in South Korea attracted global attention in February after being linked to a sudden spike in coronavirus infections. The group, called the Shincheonji — which translates to “new heaven and land” — has accounted for at least 5,171 confirmed cases, or 52% of all confirmed cases in the country.

While the Tabligh-e-Jamaat has been severely criticized for violating social distancing norms and jeopardizing the country’s virus fighting efforts — the Delhi government has even initiated a police investigation — its event took place 10 days before the national lockdown was announced. At that time, the 543-member lower house of parliament was still meeting and the country’s president hosted a breakfast gathering for some 100 people.

In a statement Tuesday, the Jamaat denied violating lockdown norms. It said its program was discontinued on March 22 — before the nationwide shutdown was announced — but because the city of New Delhi was by then partially locked down, a large number of its visitors were unable to go back home.