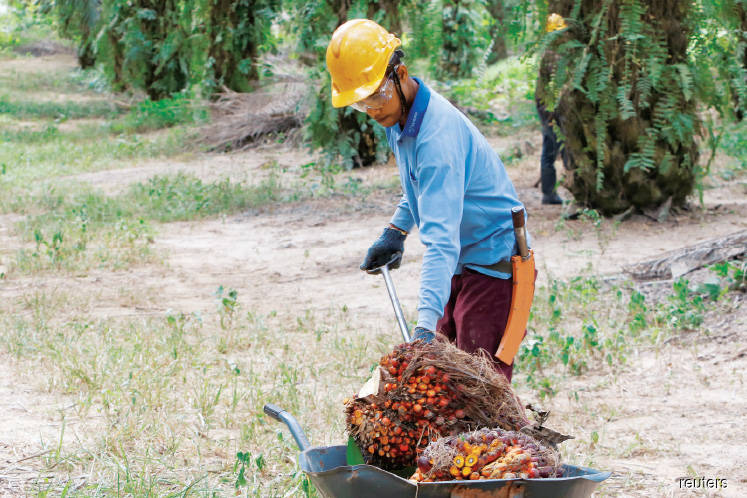 Local industry experts view that a ban is unlikely, noting there have not been any official directives from the Indian government so far. Photo by Reuters

KUALA LUMPUR: As Malaysia and the European Union continue engaging in a dispute over the sustainability of palm oil production, the local palm oil market faces another challenge — with its largest buyer and the world’s biggest edible oil importer, India.

According to market observers, Indian traders are now sourcing more palm oil from Indonesia following a recent advisory by India’s top vegetable oil trade body to its members to refrain from importing palm oil from Malaysia.

The advisory from the Solvent Extractor’s Association, representing India’s oilseed crushers, was issued in protest over Prime Minister Tun Dr Mahathir Mohamad’s political remarks at the UN General Assembly on the Kashmir conflict.

However, local industry experts viewed that a ban is unlikely, noting  there have not been any official directives from the Indian government so far.

Even if the ban materialises, any market disruptions will only be short term before it normalises, said CGS-CIMB Research head of agribusiness Ivy Ng.

“We expect some negative impact in terms of Malaysia’s palm oil exports to India in November and December. There may be trade disruptions in the short term, if there is a sudden change in preference by India towards Indonesian palm oil and this may lead to higher accumulation of palm oil stocks in Malaysia,” she told The Edge Financial Daily.

However, she believes the potential diversion of palm oil demand by India from Malaysia to Indonesia may not last due to supply constraints in the Indonesian palm oil market.

“If Indonesia fulfils the additional demand from India and domestic requirement due to a higher B30 biodiesel mandate in 2020, it will have less palm oil to sell to other markets and demand for palm oil may be diverted back to Malaysia over [some] time,” said Ng.

She added that higher demand for Indonesian palm oil could help narrow the price gap between Indonesian and Malaysian crude palm oil (CPO). Malaysian CPO usually trades at a premium to Indonesian CPO.

An analyst, declining to be named, concurred, saying a ban is unlikely as palm oil constitutes about half of India’s edible oil consumption.

The analyst believes talk of a ban by India on import of palm oil from Malaysia is more about pressure on its government to further raise the import tax on Malaysian palm oil.

India last month raised the import duty on refined palm oil from Malaysia to 50% from 45% to curb imports and boost local refining.

“Unless that is the agenda ... It is a zero-sum game [if the ban happens] since refined palm oil from Malaysia will eventually go somewhere,” the analyst said.

“The most likely scenario is for India to buy less in the near future until the news dies down ... Meanwhile, I believe that CPO sold from estates in Indonesia [by Malaysian companies] will be insulated from the ban. These companies can sell to the middleman and later sell to India as Indonesian palm oil,” he added.

In the first nine months of this year, Malaysia exported 3.91 million tonnes of palm oil to India, 107% higher than 1.89 million tonnes exported a year ago, statistics from the Malaysian Palm Oil Board showed.

He added that it makes little economic sense for Indian traders to source from Indonesia as they would end up paying more.

“If India switches to Indonesia, why should Indonesia sell at a discount? Indonesia would become a monopoly as far as Indian demand is concerned and has the bargaining power.

“Also, whatever orders placed, they would abide to avoid hefty penalties, which is why prices are still holding at current levels. And those wanting to switch their futures contracts to Indonesian palm oil might face logistical issues and additional costs from having shippers to diverge their ships,” he said.

At last Friday’s close, the benchmark third-month palm oil futures contract rose another RM14 to trade at RM2,398 a tonne — its highest since notching RM2,402 in June 2018, Bloomberg data showed.

More importantly, Chandran pointed out Indonesia’s hands are tied to an extent, given its plateauing production and ambitious B30 biodiesel mandate.

It was reported that the country’s energy ministry had allocated 9.59 million kilolitre of unblended biodiesel for its mandatory biofuel programme in 2020, up a whopping 45% from 6.63 million this year.

Chandran believes India, a price-sensitive market, will continue trading with Malaysia because of palm oil’s competitive price advantage, now trading at a US$200 (RM838) per tonne price discount to that of soybean oil.

“[Palm oil] trade today is between private sectors. It all goes back to pure economics of trade. To traders and buyers, it’s about money and not political decisions because it is not a government-to-government agreement,” he added.

Chandran said the first step to addressing this issue is to seek clarification on the Indian government’s official stance.

“We don’t want to get caught in all these trade disputes when the world economy is not doing well and costs are rising.”