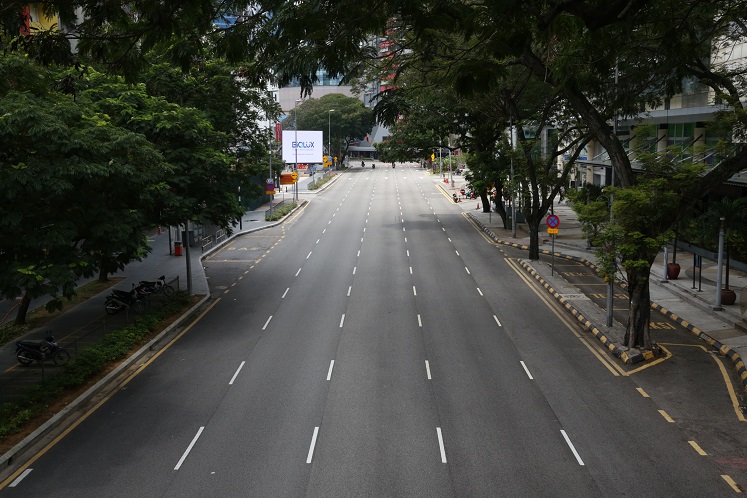 PUTRAJAYA (April 5): The trend for compliance with the Movement Control Order (MCO), which is entering its second phase to check the spread of Covid-19, is improving when the number of detentions for flouting the directive shows a drop.

Senior Minister (Security Cluster) Datuk Seri Ismail Sabri Yaakob said, based on the data from the police yesterday, 368 individuals were detained at road blocks and patrols, and the number was less compared to the previous day.

"It is clear that from the arrests yesterday, namely, 368 people, showed a reduction in number of those detained compared to the previous day, namely, 413 arrests. And this indicates a drop of 11%," he told a media conference after chairing a Special Ministerial Committee meeting on MCO here today.

He said this was a good trend that could be considered as the people's compliance with all the government's directives.

Meanwhile, Ismail Sabri, who is also the Minister of Defence, said cases involving prison sentences not only stemmed from failing to comply with the MCO, but also involved other cases under the Penal Code.

“Such as obstructing the duties of the authorities, for example ... so, in addition to cases of MCO violations, there are other cases they are charged with under the Penal Code.

“It is no longer Act 342 of the Ministry of Health but under the Penal Code which carries severe penalties. That's why some have been sentenced to eight months and so on, ”he said, adding that there were even more serious cases of road traffic violations namely, ramming a road block.

“Yesterday, policemen were injured when a motorcyclist tried to ram through a road block.

“So if he (the suspect) knocks down policemen, all kinds of (charges) can be brought against him under the Penal Code. Apart from preventing the police from carrying out their duties, there are also other offences that can be taken action against and the punishments differ from those under the MCO, ”he said.

On the allegations of police being considered rough in ensuring compliance with the MCO, he said the police had their own rules.

“Yesterday the Minister of Home Affairs (Ministry of Home Affairs) made a statement on issues related to police action so we handed it over to the ministry. They have their own rules and SOPs (standard operating procedures), ”he said.

According to Ismail Sabri, the Royal Malaysian Police (PDRM) along with the Malaysian Armed Forces (ATM) conducted 745 roadblocks across the country and inspected 331,839 vehicles yesterday.

At the same time, he said 25,554 surprise inspections were conducted nationwide and 4,399 premises were scrutinised by the authorities.