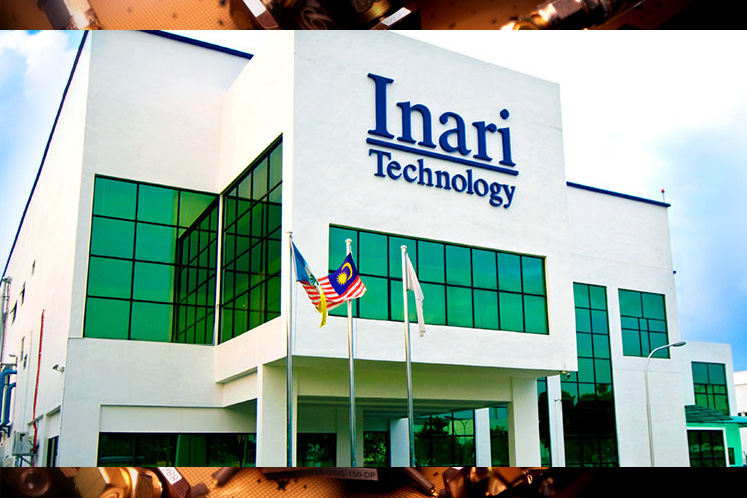 KUALA LUMPUR (Dec 19): Inari Amertron Bhd, which is engaged in back-end semiconductor packaging including radio frequency testing, fell further this afternoon after the Wall Street Journal (WSJ) reported that US-based Broadcom Inc is looking to sell one of its wireless-chip units.

The stock closed 14.36% or 27 sen lower to a more than two-week low of RM1.61, valuing the company at RM5.16 billion. Besides topping the most actively traded counters list with 141.07 million shares done, the stock was the fifth top loser of the day.

Notwithstanding the decline today, the stock is still up some 7% on a year-to-date basis.

The WSJ reported this morning that Broadcom Inc, an Apple supplier, is looking to sell one of its wireless-chip units in a move that would accelerate the company's shift away from its roots as a semiconductor maker. It is understood that Apple itself could be a potential buyer.

"Broadcom is working with Credit Suisse Group AG to find a buyer for its radio-frequency, or RF, unit, a segment of its wireless-chip business that makes filters used in cellphones to clarify signals, according to people familiar with the matter," the publication wrote.

It is understood that the selling pressure on Inari is possibly due to the fact that Broadcom is a major customer of the Malaysian semiconductor group. News of the US microchip company selling off its RF unit could likely cause a disruption to the supply chain, analysts say.

According to UOB Kay Hian analyst Desmond Chong, assuming Apple is the buyer of Broadcom's RF unit and decides to load more volume, this would benefit Inari.

However, if Apple keeps Broadcom for its own use, then customer concentration risk might increase, Chong said.

UOB maintains its 'neutral' call on the stock with a target price of RM1.70. “This implies 25x FY20 price earning which is hefty at this level, especially with this kind of news alongside a weaker 2HFY20,” said Chong.

Of the 19 analysts covering Inari, as listed on Bloomberg, eight of them have it on 'sell', while six put it on 'hold', and five think it's a 'buy'.

"While it's anyone's guess on the outcome of this news as there are too many variables at the moment, sentiments don't favour Inari at this juncture because of the uncertainty.

"But in the near term, its business remains intact — at least until end of FY21 — as Broadcom signed a two-year RF supply contract with Apple in June 2019," Chong told theedgemarkets.com.