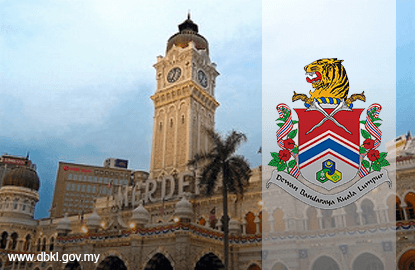 +A
This article first appeared in The Edge Financial Daily, on October 5, 2016.

DBKL is looking into the details, but the pricing for each vehicle has yet to be finalised, said Nik Mastura Diyana Nik Mohamad, senior deputy director at DBKL’s Urban Planning Department.

“We will implement (road pricing). That will be the last initiative to reduce congestion in the city,” she told The Edge Financial Daily on the sidelines of the European Smart Cities Exchange Forum yesterday.

“We are still looking into the details. We have done a few engagements with the people not only on pricing, but more on how to transform our public transportation in Kuala Lumpur,” said said.

The first phase of MRT Line 1, between Sungai Buloh and the Semantan station in Damansara Heights, is scheduled to begin operations in December, while phase two between the Semantan Station and Kajang will be operational in July 2017.

Speaking at the forum earlier, Nik Mastura Diyana said the road pricing plan has been included in the Kuala Lumpur Structure Plan 2020, to encourage people to use public transport.

“We can’t implement it now as there is no alternative for the people,” she explained.

The authorities, she said, had been planning to implement a policy to restrain traffic in the city centre as far back as the 1980s.

Nik Mastura Diyana said the policy is to discourage people from using private cars in the city centre to reduce traffic congestion.

“This is like what Singapore does. If you go into the city centre at a certain time, [which] causes congestion, you have to pay,” she added.

According to the Singapore Land Authority, the first road-pricing scheme, known as the Area Licensing Scheme (ALS), was introduced in the restricted zone in 1975. The scheme was subsequently extended to major expressways with the Road Pricing Scheme.

In 1998, the Electronic Road Pricing replaced the previously manual ALS for restricted zones and Road Pricing Scheme for expressways.