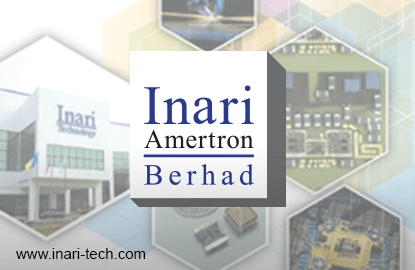 In its evening edition yesterday, the research house said Inari continued to stay below the 20-day and 50-day moving average lines.

“Following the up close on August 13, the stock is expected to test higher level with immediate hurdle at RM3.18 in the coming few days.

“A crossover of RM3.18 should see further price rise to the next overhead resistance at RM3.26.

“The support is pegged at RM2.75. A fall below RM2.75 would put pressure on the stock down to the subsequent support at RM2.55,” it said.

The research house said the MACD was below the 9-day moving average line with the sell signal remaining intact.

It said the relative strength index indicate that the stock was currently in the neutral zone.