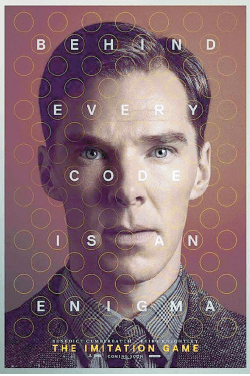 Director: Morten Tyldum
Cast: Benedict Cumberbatch, Keira Knightley, Matthew Goode, Mark Strong
Rating: *****/*****
Length: 114 minutes
Opening: Now showing
Plot: Based on the life of Alan Turing, the father of theoretical science and artificial intelligence during the Second World War; The Imitation Game pays homage to Turing’s struggles during an age when few understood the fundamentals of computing, and when homosexuals were regularly persecuted for their sexual orientation.

BENEDICT Cumberbatch, who plays Turing, is no stranger to portraying larger-than-life iconic figures. He’s been Stephen Hawking, Vincent van Gogh and Julian Assange. Each time, Cumberbatch embodies his characters so completely that viewers feel they are watching the real historic figures themselves.

Alan Mathison Turing was born in London in 1912, and as a child, showed exceptional talent in mathematics and science. However, he was a social outcast in school, finding solace in his one and only friend, Christopher Morcom. In later years, Morcom would be described as Turing’s “first love”, with their relationship explored in The Imitation Game via a series of flashback sequences.

Throughout the war, Turing and a group of cryptographers (codebreakers) headed by MI6 spy Stewart Menzies (Mark Strong) are given the seemingly impossible task of breaking the German code called Enigma. Although alienated by his peers at first, Turing’s friendship with Joan Clarke (Keira Knightley) teaches him the basic social skills to reach out to them and get the entire group to work as a team.

Turing’s internal struggle to keep his homosexuality under wraps is reflected in Cumberbatch’s superb performance. While Turing was revered and respected for his genuine intellectual genius, there were always suspicions that he was, in fact, gay. That this should have been such a great burden to bear casts a shadow on the way society functioned in the early half of the 20th century.

As we know from history, Turing was eventually charged with indecency in the British courts, and was forced to undergo hormonal therapy to “cure” him of his homosexual tendencies. He committed suicide on June 8, 1954, years before the Enigma files were declassified — the world would only know of Turing’s immense contribution to the Allied win in the war decades after his death.

The Imitation Game is not just a movie celebrating the life and genius of Alan Turing — the man whose legacy lives on in every computer, phone and tablet that we own and use every day of our lives. It’s also a warning and a reminder that there was a time not so long ago when people’s achievements and contributions to humanity were regularly eclipsed by trivial matters such as what gender the person they loved happened to be ... and that it goes on till this very day.

The film’s star-studded cast portray their characters truly well; there are moments of triumph, comedy, fear and genuine despair — feelings that can only be aroused in people when they are emotionally invested in the characters, and in The Imitation Game, each actor manages this feat brilliantly. 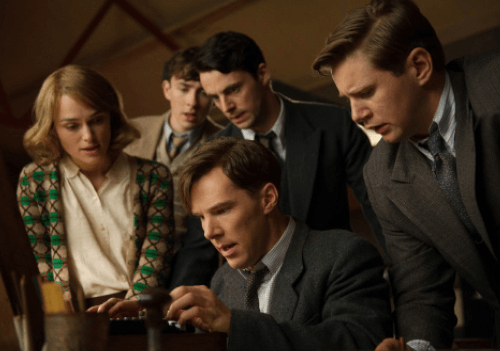 This article first appeared in The Edge Financial Daily, on March 5, 2015.