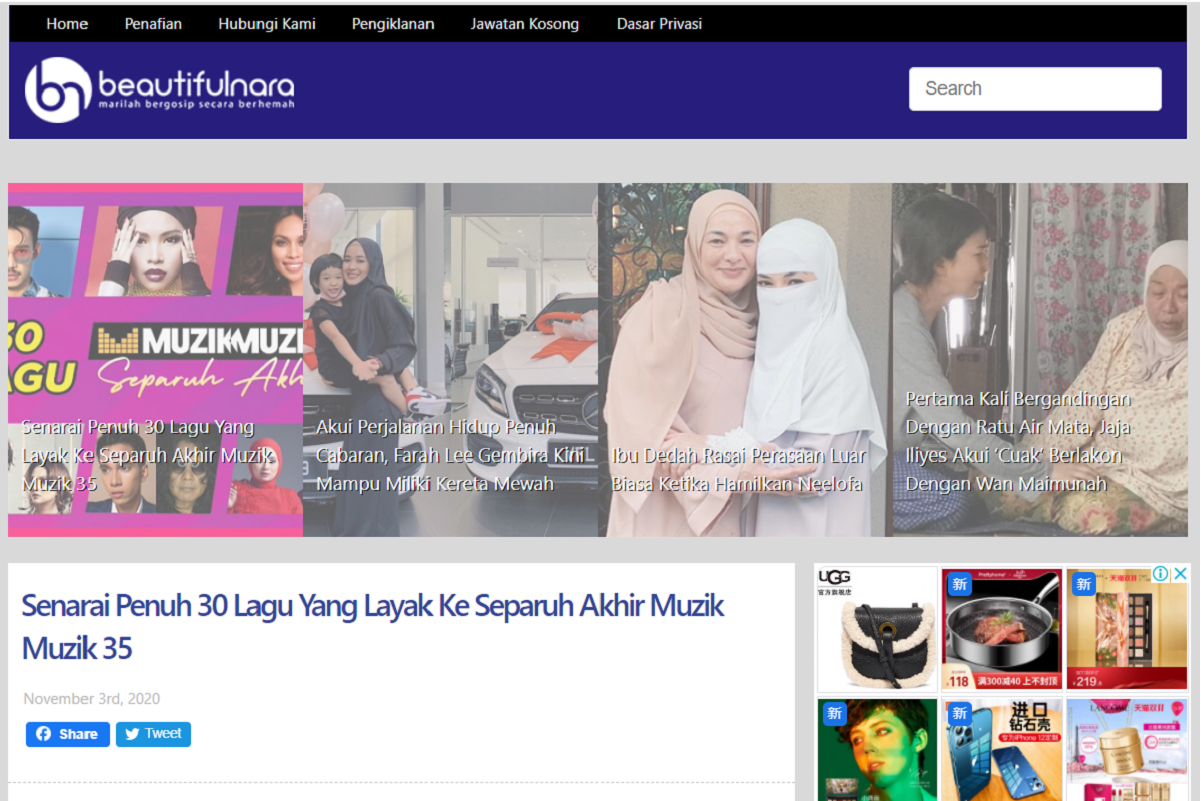 KUALA LUMPUR (Nov 3): iMedia Asia Sdn Bhd, which is set to be taken over by Rev Asia Bhd, has acquired a 90% stake in leading Malay language portal BeautifulNara.

This is the fourth acquisition announced by the digital media company in the past 90 days, the others being OhMedia, Ittify and Goody25.

Along with BeautifulNara, iMedia now has a combined network of over 13 million users, the company said in a statement today.

“Upon approval by the regulators and shareholders, the BeautifulNara acquisition will be part of iMedia’s move to Bursa Malaysia,” said iMedia, referring to its own 100% acquisition by public-listed Rev Asia for RM40 million.

As part of the BeautifulNara acquisition, iMedia signed an exclusive advertising representation agreement with Nara Media, allowing the former to be responsible for the acceleration of all revenue across the websites and to focus on the building of its content marketing business, as well as introducing social selling as a new revenue stream.

“We will continue to build upon the revenue potential in sponsored content and video advertising that is in line with the rapid growth in the region’s overall digital advertising spend. We see this as an opportunity for a sustainable solution to generate greater revenue.

“Over the years, the social and digital landscape is constantly evolving, the way we consume content is significantly changing too. They are now becoming a huge part of the business’ strategies. Tze Khay and his team are a bunch of brilliant people, and definitely a lot of synergy moving forward,” Shahzeeq said.

Rev Asia’s acquisition of iMedia is part of its regularisation plan from Catcha Investments and iCreative Asia Sdn Bhd.

The transaction is a related-party transaction as iMedia directors Patrick YKin Grove and Lucas Robert Elliot control Catcha Group Pte Ltd, which in turn controls a 43.75% stake in Rev Asia.

Grove and Elliot also control a 54% stake in iMedia via Catcha Investments.