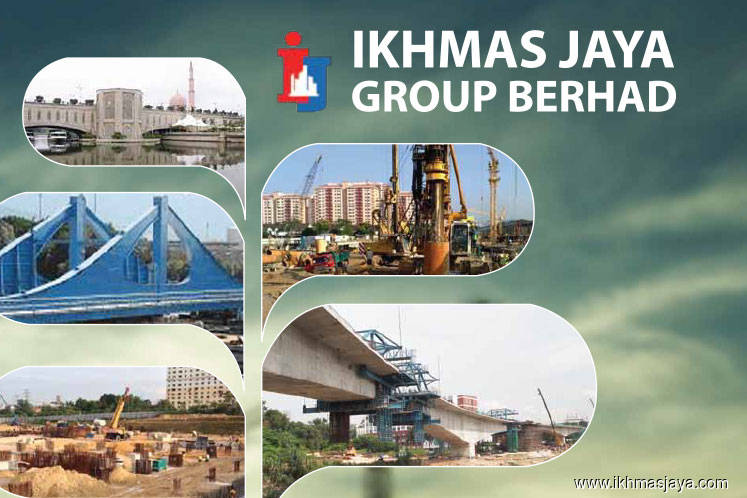 KUALA LUMPUR (June 28): With its expertise in bore piling and foundation works as well as bridge construction, Ikhmas Jaya Group Bhd is confident that it can secure a portion of contracts to be awarded to local companies for the East Coast Rail Link (ECRL) project.

Speaking to reporters after the group's annual general meeting today, group managing director Datuk Ang Cheng Siong said Ikhmas Jaya has a proven track record in specialised areas — which was a good sign for it to secure at least a fraction of the works required to construct the rail network.

"Our track record is proven as the general contractor specialising in bore piling, foundation work, bridge construction and flood mitigation works," he said.

"So with this background, we believe that we stand a very good chance [to secure a contract]," Ang added.

Ang noted that Ikhmas Jaya has already submitted its application for the pre-qualification exercise for the ECRL project, and is currently waiting for the results.

Besides eyeing a contract in the ECRL project, Ang said the group is also looking to bid for up to RM2 billion worth of infrastructure and building construction jobs for the public sector in the remaining quarters of the year.

In the meantime, he said the group's orderbook — currently standing at RM875 million as at June 2019 — will provide Ikhmas Jaya with earnings visibility for the next two to three years.

The jobs were noted to be mostly for infrastructure projects including the Light Rail Transit Line 3 (LRT3) and the Setiawangsa-Pantai Expressway - DUKE Phase 3.

"I think the current orderbook can last us for about two to three years. So we have that time to work out on new projects. From past experiences, we believe that we should be able to get some share from all the infrastructure projects that the government is going to introduce in the pipeline," Ang said.

With this in mind, Ang hopes to lift Ikhmas Jaya back into the black by the third quarter of FY19. The group posted losses in FY18 as well as in the first quarter this year.

He said Ikhmas Jaya is currently in preliminary discussions with several parties on the potential of partnering up for local infrastructure projects to get sustainable recurring income for the company.

"We believe that by having strategic alliances with partners would give us a better solution to smoothen the ups and downs in the construction sector.

"We are always on the lookout for partners to embark on infrastructure and construction works," Ang added.

At the midday break today, Ikhmas was unchanged at 19.5 sen for market capitalisation of RM106.34 million.