IJM on track to develop Phase 2 of The Light project 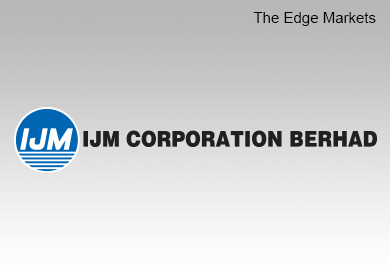 We are positive on the announcement as it signals that IJM is getting ready to develop Phase 2 of its successful project, The Light. Note that this piece of 32.8 acres (13.274ha) of land is part of The Light Phase 2 project’s total land size of 90 acres.

After accounting for its effective stake post-disposal, we estimate IJM will raise proceeds of RM161.1 million and also book in disposal gains of RM80 million (pre-tax).

The gross development value (GDV) for this piece of 32.8 acres of land is estimated at RM3 billion, which consists of mostly commercial development, such as shopping mall and hematic shops, residential towers, an office tower, two hotels and a convention centre with a total gross floor area (GFA) of about 4.1 million sq ft, excluding car parks.

However, the impact on our property’s fully diluted real net asset value (FD RNAV) is minimal.

If we were to impute this higher assumption and raise the GDV of The Light Phase 2 to RM8.6 billion, it would only increase IJM Land Bhd’s FD RNAV by 2% to RM6.2 billion, which would not materially affect our valuation of IJM.

We reaffirm our view that IJM Corp is in the midst of entering a new phase of growth as most of its major earnings drivers are in “expansion mode” given a huge construction order book of RM7 billion, which will provide five-year earnings visibility and the completion of IJM Land’s privatisation exercise, which will boost its net profit by another 20% in the financial year ending March 31, 2016 (FY16). — Kenanga IB Research, April 22 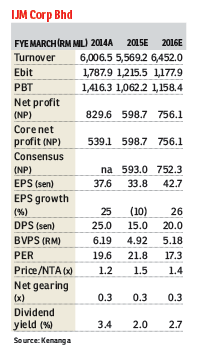