IJM Land to launch last phase of Robin on Dec 19 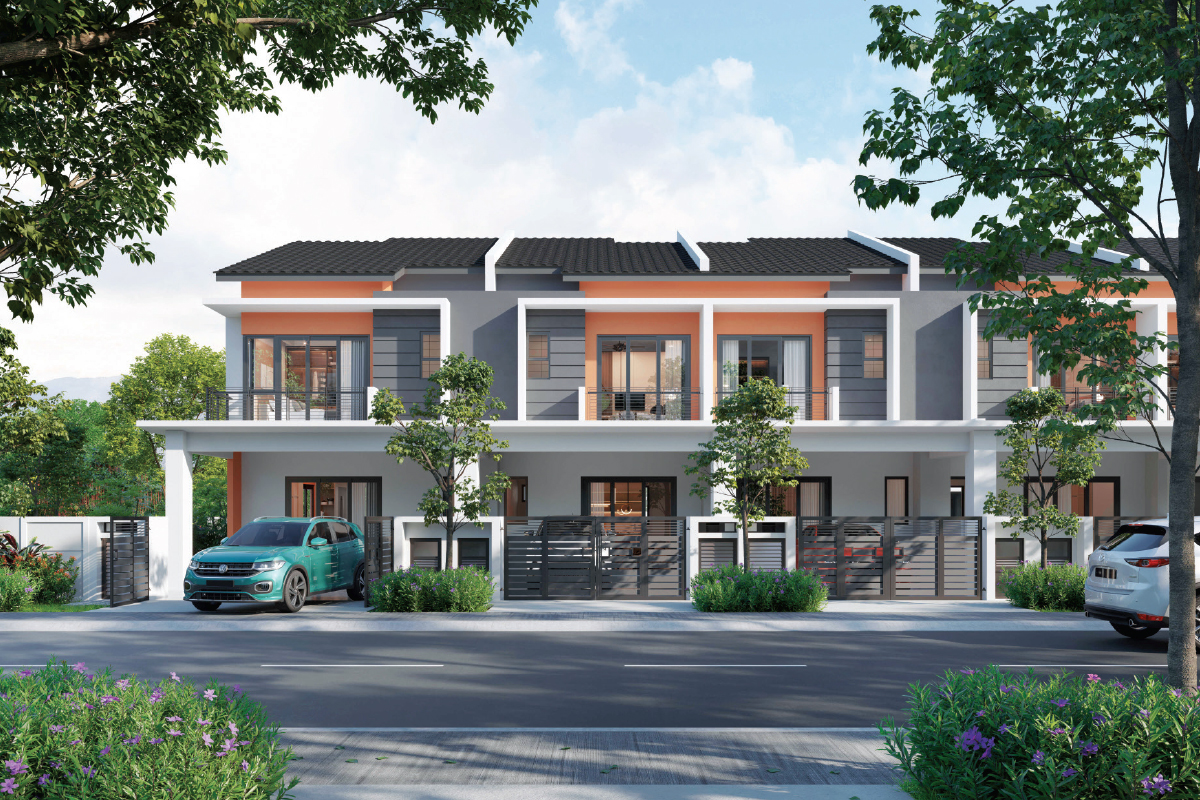 The name ‘Robin’ was inspired by a type of bird that symbolises a lively, optimistic and energetic life, Chai notes. “Homes at Robin are designed to exude a simple yet modern architecture, as well as open-plan concepts that are minimalist and practical. These innovations will suit the needs of contemporary lifestyles while keeping up with homebuyers’ demand for more space, and they will be able to live in a spacious landed home for the price of a city condominium.”

According to the developer, the Type A and B units (1,535 and 1,665 sq ft), measuring 18ft by 65ft, will feature 11ft-high ceilings, a 7ft-wide backyard for residents to make their desired green spaces, a 3ft-wide balcony in the master bedroom, as well as sliding doors to allow better lighting and ventilation. The Type B units, which will have a bigger built-up area, also prioritise space and features an open-concept layout similar to Type A units. These units will offer buyers the flexibility to renovate or demarcate their living spaces in the future. Chai: We expect the demand for Phase 4 will also be good (Photo by IJM Land)

There will also be an 8.6-acre open space in Robin, which consists of a children’s playground, basketball and multipurpose court, parcourse, and camping and kite-flying sites for the precinct’s residents. “There will be a 0.1-acre community farming area for residents to cultivate their food and share among themselves. This enhances community sharing as it enables the residents to grow together,” says Chai, adding that the township is also equipped with high-speed broadband.

Robin is a project under the Home Ownership Campaign, and purchasers can enjoy a minimum 10% discount on the purchasing price as well as stamp duty exemption for the memorandum of transfer and loan. In addition, they are entitled to free legal fees for the sale and purchase agreement and the loan.

With a GDV of RM11 billion, the 1,879-acre gated-and-guarded Bandar Rimbayu is a self-sustaining township and comprises residential, commercial, recreational and parkland components. The township, which is 40% developed, is adjacent to Kota Kemuning and has four precincts namely, Flora, Fauna, Bayu and Commercial Hub. Robin is located in the Fauna precinct.

The development offers lifestyle conveniences, including drive-through restaurants such as Starbucks, McDonald’s and Kenny Rogers. The Quayside Mall, which opened at end-2020, offers conveniences such as Jaya Grocer, Mr DIY and Harvey Norman.

It is easily accessible via the Shah Alam Expressway, North-South Expressway Central Link, Kemuning-Shah Alam Highway, as well as the South Klang Valley Expressway and West Coast Expressway, which are under-construction and expected to be completed in 2024.

The developer is looking to launch the second component of its shopoffices, called Uptown Square, in its 262-acre Nadi Rimbayu BizHub in 3Q2022. Nadi will comprise a 221.59-acre commercial park and a 41.1-acre industrial park with a GDV of RM2.4 billion and RM235 million respectively.

Uptown Square will consist of 120 two- and three-storey shopoffices, the pricing of which has yet to be finalised. “We have a sizeable residential development, and this will provide footfall to the shops as the population is getting bigger. Other developments nearby, such as Eco World Development Group Bhd’s Eco Sanctuary, Tropicana Corp Bhd’s Tropicana Aman and Gamuda Land’s twentyfive.7 , will also boost footfall for the shops in Nadi,” says Chai.

As for the residential segment, the developer aims to unveil serviced apartments and landed houses in 4Q2022. The serviced apartments will occupy seven acres and comprise three blocks with approximately 1,000 residential units in total. “We are looking at a price point of between RM450,000 and RM550,000, and these units will be targeted at young families, young couples and downsizers,” says Chai.

The landed houses, on the other hand, will occupy 40.2 acres adjacent to the Swans precinct (195 double-storey link homes) and consist of about 482 units. Chai says the built-ups of these houses will be bigger and priced higher to cater for the upper-middle-income group.