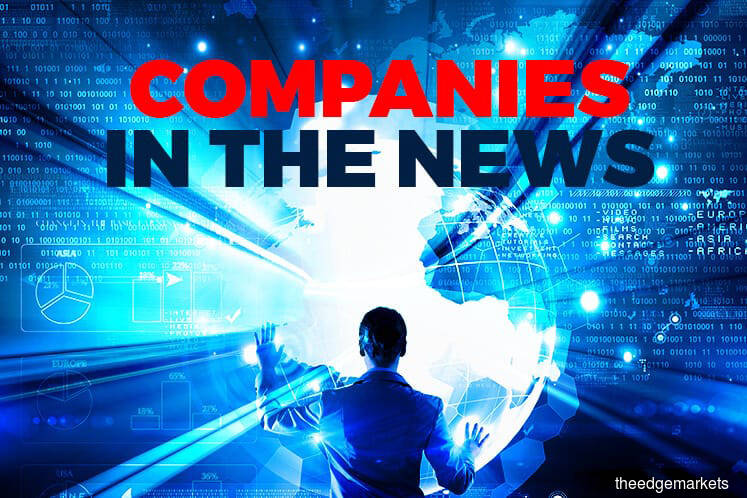 IJM Corporation Bhd has won a RM530 million contract to undertake superstructure works for two blocks of service apartment at Tun Razak Exchange (TRX), which comprises a 53-storey tower with 443 units of apartments, and another 57-storey tower with 453 units.

IJM Corp said the contract was awarded to its wholly-owned subsidiary IJM Construction Sdn Bhd by LQ Residential 1 Sdn Bhd, and the completion period is 36 months.

Eversendai Corp Bhd has agreed to buy its executive chairman and managing director Tan Sri AK Nathan’s  private liftboat company. However, the value of the related party transaction was not revealed in the group's announcement to the stock exchange.

The group said it would be acquiring Nathan’s Vahana Offshore (M) Sdn Bhd, which owns the Vahana Aryan liftboat and Vahana Arjun — the construction of which will be completed in 2021.

However, revenue for the quarter fell 16.05% to RM68.08 million, versus RM81.11 million a year earlier. The group attributed this to lower demand for burn-in and testing services, as well as electronic manufacturing service.

Hibiscus Petroleum Bhd, which saw its share price drop 42% on Monday (March 9), as global equity markets plunged following a plummet in oil prices, said it remains on track to achieve its total production target of delivering between 3.3 million barrels of oil (mmbbl) and 3.5 mmbbl in the financial year ending June 30, 2020 (FY20).

However, the upstream oil and gas (O&G) producer warned there may be revisions to this target, as there could be an advantage to execute maintenance activities, which require a shutdown during this period of low prices. "This will allow future production to be optimised through higher uptime and potentially higher realised prices," it said.

APFT Bhd has signed a memorandum of understanding (MoU) with HELP International Corporation Bhd (HIC) to negotiate the acquisition of certain education business of HIC.

The proposed acquisition is part of APFT’s regularisation plan to relinquish its PN17 status, in order to remain listed on the Main Market of Bursa Malaysia.

LEAP-Market listed Metro Healthcare Bhd has proposed a private placement to raise up to RM18.05 million to fund its business expansion plans to northern and central regions.

Out of the funds raised, RM16 million will be used to fund its business expansion plans which include setting up ambulatory care centre and upgrading its women’s clinic based in Johor Bahru, while RM1.61 million will be used as working capital, with the remaining balance to be allocated for corporate exercise expenses.

OCR did not mention the reason for the cancellation of the agreement in its filing today. The JV between OCR’s wholly-owned subsidiary Fajar Simfoni Sdn Bhd and D’nonce’s unit D’nonce Properties Sdn Bhd was signed in May last year.