AmBank declared an interim dividend of 6 sen per share, to be paid on Dec 27.

For the cumulative six months, AmBank's net profit rose to RM711.03 million from RM695.75 million last year as revenue was higher at RM4.74 billion compared with RM4.49 billion. The bank has also revised four of its key performance indicators for the financial year ending March 31, 2020. It has revised downwards its guidance for loan growth to 4%-5% and return-on-equity to 8%-8.5%, but made a positive revision for its cost-to-income ratio to below 50% and dividend payout at 50%.

Duopharma Biotech Bhd has reported a 21% jump in net profit to RM14.86 million for 3QFY19 from RM12.29 million last year, thanks to increased demand for the group's pharmaceutical products from the private and public health sectors. Revenue rose 13.5% to RM142.86 million from RM125.84 million.

Diversified group Boustead Holdings Bhd recorded a net loss of RM155 million for 3QFY19 versus a net profit of RM7.3 million last year, no thanks to impairments in the heavy industries and property divisions, totalling RM161.3 million, as well as weaker results in other divisions. Revenue, however, increased 5.08% to RM2.73 billion from RM2.6 billion.

Menang Corp (M) Bhd posted a net loss of RM503,000 in the first quarter ended Sept 30, 2019 versus a net profit of RM967,000 last year, no thanks to expenses stemming from land clearing, earthworks and provisions for the costs of proposed corporate exercises. Quarterly revenue declined 21.43% to RM22,000 from RM28,000 a year ago.

After logging 13 consecutive quarters of losses, Mudajaya Group Bhd has returned to the black with a net profit of RM812,000 in 3QFY19, thanks to the ongoing MRT2 project and the recognition of remaining work done for its Pengerang projects in Johor.

Lion Industries Bhd reported its fourth consecutive loss-making quarter in 1QFY20, with a net loss of RM110.62 million versus a net profit of RM19 million last year, due to lower margin of its steel division, and higher loss from associated companies and joint ventures. Revenue fell 29% to RM656.4 million from RM926.31 million.

LFE Corp Bhd has secured three new projects in the  financial year ending Dec 31, 2019 (FY19), which contributed RM66.6 million to the group's order book. The new projects secured are from Johor and Terengganu.

LFE Corp said the new projects are part of its efforts to address the audit issues raised by its external auditor Morison Anuarul Azizan Chew. The auditor has raised material uncertainty relating to the going concern for the financial period ended Dec 31, 2018 on May 2.

Sime Darby Plantation Bhd has reported a net profit of RM32 million for its third quarter ended Sept 30, 2019 on revenue of RM2.82 billion. There are no comparative figures due to the change in the company's financial year end from June 30 to Dec 31.

For the cumulative three quarters ended Sept 30, net earnings from continuing operations stood at RM167 million, while revenue came in at RM8.69 billion. 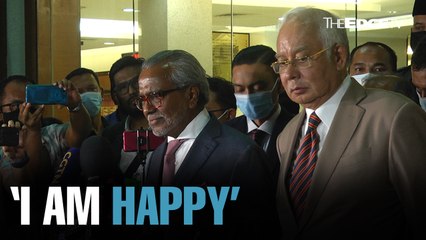