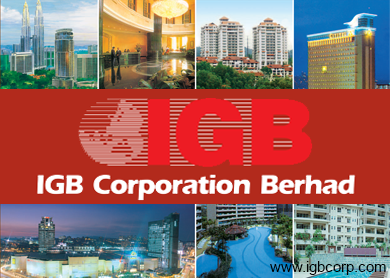 KUALA LUMPUR (May 22): IGB Corp Bhd, which operates the Mid Valley Megamall and The Gardens Mall, expects the operating environment in the second half of 2015 to be "very challenging" as consumer spending contracts following the implementation of the goods and services tax (GST) in April.

"Retail is the main (earnings) contributor to the group. In the first quarter (ended March 31, 2015) (1QFY15), it was very strong. I do not know if this was due to pre-GST shopping, but it was very strong," IGB Corp managing director Datuk Seri Robert Tan told a press conference after the group's annual and extraordinary general meetings today.

"(But) following the first quarter, things will stabilise or slow down. That is not unusual. So, moving on and looking at the third and fourth quarters, it would be very challenging," he added.

Nevertheless, Tan is expecting IGB Corp to maintained its earnings at levels achieved in FY14.

Meanwhile, IGB (fundamental: 1.6; valuation: 2.2) is concentrating on its "next success story", that is, another "megamall" called Southkey in Johor Baru which would be about two-thirds the size of the Mid Valley Megamall.

According to Tan, construction of Southkey is underway and the new mall is expected to open its doors to shoppers in 2018. However, the group has yet to secure any tenants for Southkey, saying it is still too soon to do so.

On its hospitality business, IGB said it is still on the lookout to acquire existing hotels and new landbank at strategic locations for new development.

The group currently has total landbank worth RM10 billion, which will keep it busy for the next eight years.

IGB is opening a new hotel under the St Giles brand in Sydney, Australia next month and is also planning for another hotel in Bangkok, Thailand.