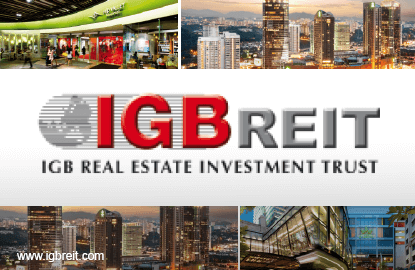 Going forward, IGB REIT said it would continue to strengthen its performance by exploring asset management initiatives at both Mid Valley Megamall and The Gardens Mall to maintain a stable flow of distributable income and create long-term value for its unitholders.

IGB REIT units closed down three sen or 1.18% at RM2.51 today for a market capitalisation of RM5.6 billion.