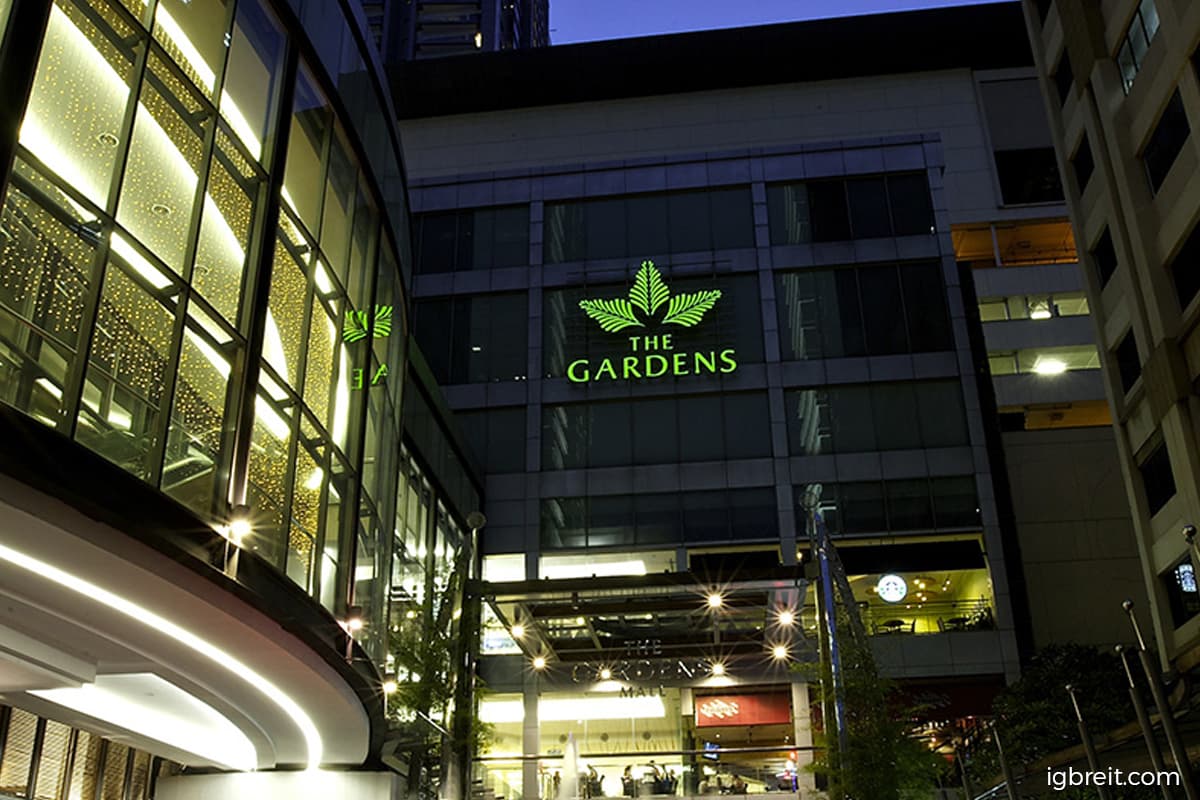 "All defined terms used herein [in the Bursa filing] shall have the same meanings as those defined in the prospectus issued by IGB Commercial REIT dated June 10, 2021.

"For the avoidance of doubt, there is no balloting of applications,” IGB Commercial REIT said.

According to IGB Commercial REIT, the institutional offering of at least 282 million units comprises an offer for sale of 282 million units in the property trust by certain IGB Bhd shareholders besides an offer for sale of unsubscribed restricted offer-for-sale units and the corresponding distribution-in-specie units to institutional investors and selected investors at a price to be determined by book-building.

In a separate statement today, IGB Commercial REIT said that upon listing, the property trust is expected to have a market capitalisation of RM2.31 billion based on the price of the restricted offer-for-sale units at RM1 each.

IGB Commercial REIT claims that the property trust will be the sixth largest Malaysian REIT and the largest stand-alone office REIT by market capitalisation, net lettable area and appraised value.

The sponsor and manager of IGB Commercial REIT are IGB Bhd and IGB REIT Management Sdn Bhd respectively, according to the statement.

"The sponsor and manager have extensive experience in real estate asset management and proven track records in managing and growing listed property funds, i.e. IGB REIT. Under the stewardship of both the sponsor and the manager, IGB REIT has demonstrated growth since its establishment, solely via organic growth.

IGB REIT Management deputy chief executive officer (CEO) Wong Khim Chon said in the statement that the property trust manager believes that the large size and corresponding free-float of IGB Commercial REIT can enhance the visibility of the REIT among the local and international investment communities.

"We believe that IGB Commercial REIT will be able to leverage IGB Bhd’s track record in developing and operating commercial properties in addition to its financial strength, market reach and network of contacts to further IGB Commercial REIT’s growth,” Wong said.

On April 9, 2021, IGB Bhd said in a Bursa filing that vendors, including IGB Bhd subsidiaries, on that day entered into 10 sale and purchase agreements (SPAs) with MTrustee Bhd for the proposed disposals of 10 properties to IGB Commercial REIT for RM3.16 billion.