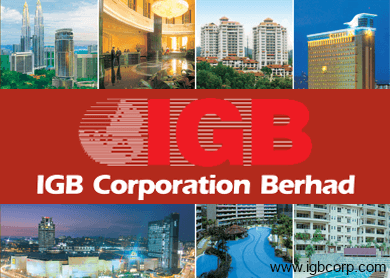 The recognition of an employees’ benefit expense of about RM11 million arising from the granting of share options to eligible employees under an executives share option scheme also eroded its earnings, the group said in a filing with Bursa Malaysia yesterday. Revenue for 2QFY15 also declined 6.5% to RM271.91 million from RM290.84 million a year ago.

Despite lower earnings, IGB declared an interim dividend of five sen per share for the financial year ending Dec 31, 2015 (FY15), amounting to RM66.75 million. The dividend is payable on Sept 18.

IGB expects FY15 to be a challenging year. “However, barring unforeseen circumstances, the board is cautiously optimistic that the performance for FY15 will be satisfactory,” it added.

Shares in IGB closed down one sen or 0.38% at RM2.60 yesterday, for a market capitalisation of RM3.47 billion.