IFCA not aware of reason for unusual activity 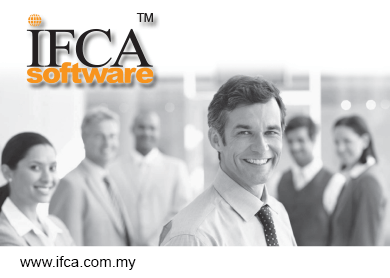 KUALA LUMPUR (June 17): IFCA MSC Bhd, which has seen its share price more than halve from its peak of RM1.84 within a month, said today it was not aware of any rumours or corporate activities that would contribute to the sharp fall.

In a reply to Bursa Malaysia this afternoon, the information technology (IT) solution provider said it was not aware of any corporate development relating to the group's business and affairs that has not been previously announced that may account for the trading activity including those in the stage of negotiation/discussion.

The group was also not aware of any rumour or report concerning the business and affairs of the group that may account for the trading activity.

However, the company pointed out that the recent concerns to some of its investors was the resignation of its former chief financial officer, Phillip Voo.

The company said the announcement of Voo's resignation had been made to Bursa on May 22 this year with the reason of Voo's desire to pursue other career opportunities outside the company.

"Secondly, IFCA is made aware from public research report on the significant amount of foreign funds withdrawn from the local market and this has inevitably, affected IFCA's foreign shareholding structure as shown in the latest shareholding report," it added.

The gain came after CIMB Research said the stock may have experienced a major "selling climax".

Some 33.13 million shares were traded, giving it a market capitalisation of RM588.22 million.

For the first quarter ended March 31, IFCA continued to see huge jump on net profit to RM9.69 million, from a mere RM421,000 in the previous corresponding quarter.