If world slides into recession, policy response to fall short 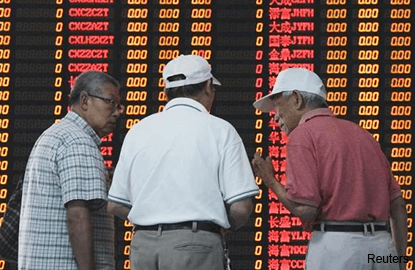 WE may well not get a global recession in the coming year or two, but if we do, bank on one thing: an inadequate policy response.

Citibank chief economist Willem Buiter attracted attention last week with a call for a 55% chance of a global recession sometime in the next two years, most likely starting in the latter half of 2016.

Buiter’s working definition of global recession is important to note: unemployment above that which keeps inflation in balance, a gap between output and potential output, or actual real gross domestic product (GDP) below potential real GDP.

All of those equate, more or less, to a global growth below 2%.

Global recessions are not that unusual — there have been four since the 1970s, with the usual run of traffic being a slowdown in the developed world spreading to emerging markets. More particularly, the United States tends to be the prime mover.

That’s not what’s likely in the immediate future. Instead, Buiter is forecasting an emerging markets slowdown which hits developed market activity — via trade flows, via commodity prices, via financial market effects and via a hit to confidence.

As for China, it is the classic mix: excess capacity meets excess leverage. We’ve seen it so far in the property and stock markets in China, but the harder-to-trace impact of local government debt, industrial production and investment is worrying too.

If we put aside for a moment the likelihood of a global recession, the interesting question becomes: Will policymakers react quickly enough and do they have the needed ammunition?

The answers respectively are no and no.

Those may be the words of a man trying to inspire confidence in global markets and at home, but the message may also bespeak a reluctance in China to get in front of the slowdown.

Remember that China’s swift and, by and large, effective response to the great financial crisis was an easier political move to make. It was in essence cleaning up after mistakes made by others.

Aggressive policy steps in China now, or if the slowdown gets worse, imply self-criticism, a tougher ask.

In China and across the emerging markets, the policy response options in a widespread global downturn are not appetising. As exports decline, interest rates will be cut, likely as part of an attempt to achieve some advantage from currency devaluation.

That, however, is one of those games which gets worse the more players join in. Debt levels, too, are either high in many emerging markets or likely to go higher in a downturn as private or quasi-state investment debt gets socialised.

Buiter is particularly downbeat about the potential for aggressive and effective policy out of China. Given the high debt levels, it will be difficult to fund safely, and may simply lead to another round of keeping failing enterprises, state-owned, banks and others alive, but failing to cut capacity to scale.

In developed markets, there is similarly little likelihood of a strong policy response, especially on the fiscal side.

Imagine, if you will, the quality of the debate in the US about fiscal stimuli during a global recession in an election year.

“With the possible exception of the United Kingdom, the combined monetary-fiscal stimulus necessary to minimise the depressing effect of an emerging-market recession on economic activity in the developed markets is unlikely to be forthcoming in most advanced economies,” Buiter wrote.

“This means that the monetary authorities once again will have to do the heavy lifting.”

So, perhaps the US Federal Reserve (Fed) had better raise interest rates yesterday, if only to give it something to cut if the downturn comes in what it expects to be the middle of rate normalisation.

A global recession then implies more QE out of the major central banks — not just the Fed, but in Japan, Britain and the eurozone.

Remember, too, that QE works well when markets are frozen, and so far we’re not talking about a recession coming from markets, as in 2008, but from the real economy. That may imply less satisfactory results this time around, or if not maybe even bigger balance sheet expansions.

There is never a good time for a global recession, but 2016 looks particularly bad. — Reuters

The opinions expressed are those of the author, a columnist for Reuters.