If only Umno had listened 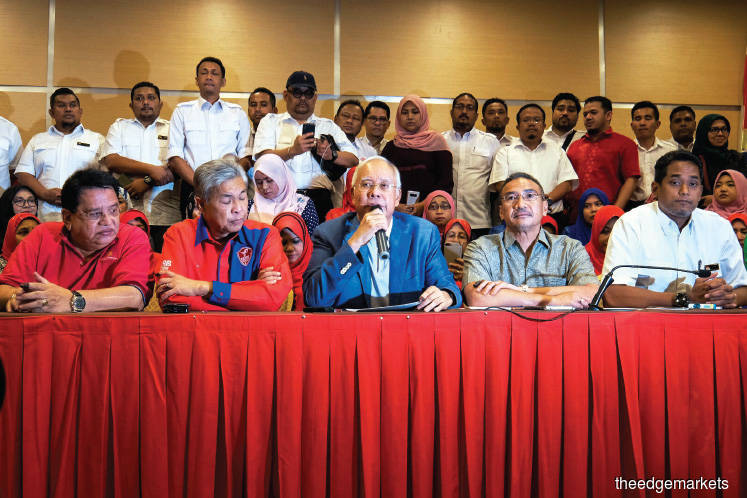 It is said a racial and religious dimension will always exist in our society. Hence, it is easily exploited for political purposes. We have seen it before and we are seeing it again now. As a matter of fact, it is getting worse.

At times like this, I cannot help but wonder, what if Datuk Onn Jaafar had managed to get what he wished for? We know what he yearned for. Yes, Onn wanted to open Umno to all races. That was the main, or the very first thing, Onn wanted to do to realise his united Malaya dream.

He founded Umno with companions  Anwar Abdul Malik,  Syed Alwi Syed Sheikh al Hadi and Mohamad Noah Omar, but he is acknowledged as the founder of the party.

Umno was formed to rally the Malays against the Malayan Union — a concept introduced by the British — which was perceived as threatening Malay privileges and the position of the Malay rulers.

His recommendation went unheeded, to put it politely. His proposal was rejected. He was seen as a man ahead of his time. Umno deemed him a man in a hurry as the party was not ready for such a radical move.

Onn left the party he had formed soon after, dejected, and died years later in the political wilderness.

Yet, when his son Tun Hussein Onn became Umno president in 1978, Onn’s idea of opening Umno membership to all races was never rekindled.

And when Hussein’s son Datuk Seri Hishammuddin Hussein rose to become Umno vice-president in 2009, and was seen as an influential figure in the party and government (which was led by his cousin Datuk Seri Najib Razak), he too did not pursue Onn Jaafar’s dream.

This despite saying he “always dreamt his grandfather’s dream” — somehow, he often compared Onn’s dream with Najib’s 1Malaysia.

“The 1Malaysia concept introduced by Datuk Seri Najib is a revival of Datuk Onn’s dream of a united Malaysia — many races but one Malaysia,” Hishamuddin had been reported as saying.

But Najib’s 1Malaysia was full of loopholes and was never a serious effort to unite Malaysians. It was a non-starter.

Najib himself never suggested opening Umno membership to non-Malays during his time as party president. However, Umno did open its doors to non-Muslim bumiputera in the 1990s, when Tun Dr Mahahtir Mohamad was party president.

Sadly, when Najib was president and Hishamuddin vice-president, Umno became more communalist, the very thing Onn was dead set against.

The most recent call for Umno to open its membership to all races was by former Youth head Khairy Jamaluddin. But that was when Umno had lost GE14.

Khairy’s idea was gunned down. In fact, when he vied for the party presidency, he lost. Some observers say his open membership idea could have played a part.

Now that Umno has lost power, the party is playing the race and religion cards, aided by PAS, to the hilt. The reason is obvious — to get Malay votes so as to regain power,  never mind the divisive politics.

Back to the earlier question: What if Umno had listened to Onn and opened its doors to all, regardless race and religion?

I took this proposition, hypothetical though it may be, to reknowned historian Tan Sri Khoo Kay Kim.  This is what he had to say: “If Onn Jaafar had succeeded years go in opening up Umno to all, this country would be ideal — with a highly credible Malay leadership with all communities working together towards nation-building founded on fundamental national principles”.

That, if I may borrow a phrase coined by Khoo’s son, Eddin, is a leap into virtual history.

But, said Khoo, Onn did not have the will to see the plan through and, perhaps, he was ahead of his time. “What we have today, is a result of the lack of resolve at that time to really see this through”.

As it is, the Malayness in Umno is thickening and the party is set to be more exclusive rather than inclusive, despite the pledges and promises, what more with PAS standing at its side.

And the dream of Onn Jaafar will remain a dream. A dream unrealised, perhaps forever.