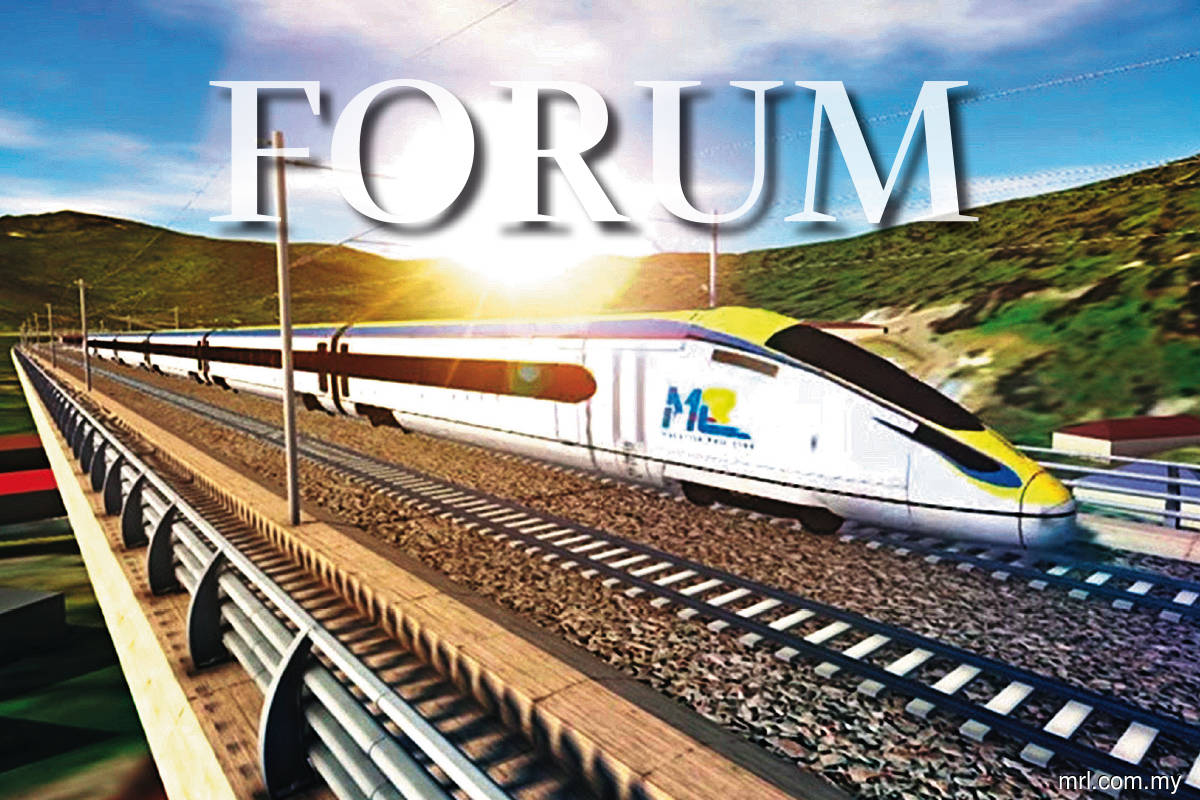 The ECRL project became entangled with the 1MDB scandal, amid concerns that loans by Beijing were inflated to bail out the sovereign wealth fund

When Malaysia agreed to participate in the Belt and Road Initiative (BRI) in 2016, a flock of mega­projects involving Chinese investments began to crop up around the country. Among them were two railway projects, the East Coast Rail Link (ECRL) and Gemas-Johor Baru Electrified Double-Tracking Project (G-JB); the Trans Sabah Gas Pipeline, pitched as a solution to Sabah’s power shortage problems; and the Melaka Gateway, a coastal property development expected to generate RM15 billion in revenue upon its completion.

These projects — all of which have donned the elusive label of “BRI” throughout their existence — have undergone several shifts across the years. They have been suspended, cancelled, involved in kleptocratic indictments, spontaneously resuscitated or left to languish as unrealised pipe dreams on the periphery of the public imagination. But why have so many infrastructure projects under this initiative been hindered by scandal, delay and corruption? Six years on, it feels important to reassess how Beijing’s BRI has played out in Malaysia, and to consider solutions to their issues for future projects on this scale.

Conceived in 2013 by China’s President Xi Jinping, the BRI is a land and maritime network strategy intended to stimulate trade and economic growth through infrastructure along the ancient Silk Road. As Malaysia has supported the initiative since its conception, the country has been a regional focal point. The initiative has not, however, escaped shrewd criticism from the public.

In 2019, the Institute of Democracy and Economic Affairs (IDEAS) partnered with four other civil society organisations to inform policy advocacy on major BRI projects in Southeast Asia and the Pacific. Their collaborative effort is the BRI Monitor, a website that serves as a repository of research from Malaysia’s IDEAS, the Philippines’ Stratbase Albert Del Rosario Institute, Myanmar’s Sandhi Governance Institute, Papua New Guinea’s Institute of National Affairs and Cambodia’s Future Forum. The site publishes key insights into the governance gaps in Chinese-backed megaprojects, information obtained through rigorous transparency assessments and evaluations of regulatory frameworks. This is a snapshot of the BRI Monitor’s ongoing research, all of which will be published on its website in the upcoming months.

The BRI Monitor focuses on the challenges in implementation that schemes under this initiative have faced, aiming to incite a region-wide call for more effective project management. Based on its research, the key issues in the four Malaysian projects listed above can be identified as: (i) their inadequate legal frameworks; (ii) engagement with unfavourable Chinese loans; and (iii) an overarching lack of transparency. All of these have led to an array of setbacks. IDEAS also noted several entangle­ments with the 1Malaysia Development Bhd scandal, particularly with the ECRL. There were claims that Beijing had inflated loans for the rail and gas pipeline projects to bail out the sovereign wealth fund, fuelling still rampant concern that Malaysia was at risk of landing in a debt trap.

The turbulent political landscape in Kuala Lumpur has been another cause for delay. In 2018, there was a wave of project suspensions in Malaysia as part of the effort to dismantle Datuk Seri Najib Razak’s scandal-ridden administration. The ECRL was temporarily suspended as Pakatan Harapan tried to negotiate better loan terms with China, while the Sabah pipeline was cancelled when it was revealed that 88% of the project value had been paid to its Chinese contractors when only 13% of the work had been completed. (For no apparent reason, the project was controversially announced to have been revived under the Perikatan Nasional government in February 2021. There have been no further updates since last October, when Transparency International voiced its concern that the project was revived, with no explanation of its economic viability.)

Perhaps the most pressing concern with Malaysia’s BRI projects, then, is poor local governance. While there is a general tendency to blame all the issues on Beijing’s loans — all of which involve advance payments to contractors, high interest rates and closed tenders for procurement — the BRI Monitor’s research shows that this viewpoint neglects to hold the gaps in Malaysia’s project governance equally accountable. No known Environmental Impact Assessments or feasibility studies were published for any of the four mega­projects, or are even known to have been conducted. This lack of transparency is worrying for schemes that were so likely from the outset to disrupt their surrounding communities. The residents of Melaka’s Portuguese Settlement, for one, have openly protested the Melaka Gateway’s land reclamation activities because of its detrimental effects on the settlement’s shoreline and habitat diversity. As the Eurasian community is highly dependent on fishing, the depletion of marine wildlife threatens their main source of livelihood, a fact that was blatantly disregarded in the project’s planning.

In 2020, the Melaka Gateway was cancelled because of the developer’s failure to complete the island reclamation on time, but throughout its progress, little governmental oversight was wielded to ensure it was on track. In a surprising turn of events, the state government returned the coastal development project to its private developer earlier this year, after a series of court disputes. While the BRI Monitor will continue to assess the Melaka Gateway’s progress, we can only hope that its latest revival considers its previous mistakes in implementation.

In a nutshell, Malaysia’s BRI projects have shown that long-term thinking within federal policy needs to be crucially readdressed in our infrastructure planning. The BRI Monitor recommends that feasibility studies and long-term negotiations for foreign loans should be rigorously conducted and relayed to the public. Its research also emphasises a more prudent consideration of the public’s needs before embarking upon these ventures in the first place. The very recent revival of two cancelled schemes has highlighted the ever-shifting nature of Malaysia’s infrastructural landscape, and has shown how much further we still have to go. More than ever, initiatives like the BRI Monitor are necessary tools to hold governments and private companies accountable, and to ensure that their projects deliver on their promises.