I will honour my words as interim PM, says Dr Mahathir 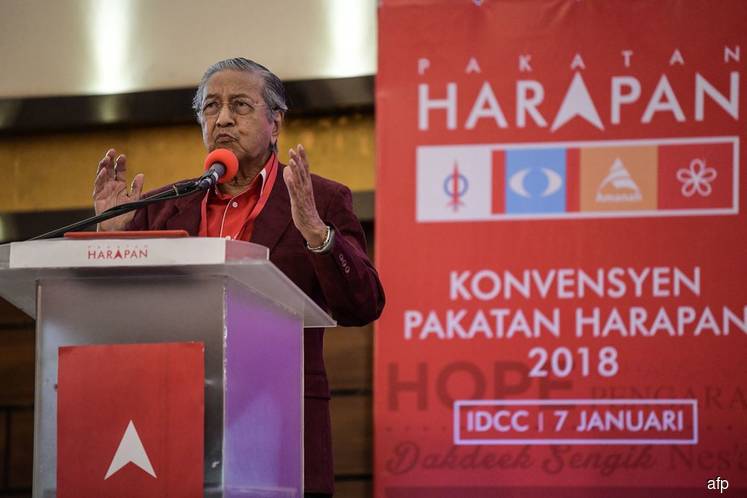 PUTRAJAYA (Dec 30): Tun Dr Mahathir Mohamad today reiterates that he must abide by his promise to only serve as an interim prime minister despite the calls for him to continue to hold the post until the next general election.

In his adjournment speech at the Parti Pribumi Bersatu Malaysia (Bersatu) annual general assembly here, Dr Mahathir explained that the opposition’s goal before the 14th general election (GE14) was to bring down Datuk Seri Najib Razak and this could not be done solely with the support of Malay voters.

“Once, we were the opposition and we formed a party and we hoped the party to gain the support from the Malays. However, if we can only garner the support of the Malays without other parties, I’m not sure we can win,” he said.

He said the victory in the GE14 could only be achieved by combining with other parties.

“We have been negotiating with our colleagues and one of the conditions imposed is that this prime minister, also their former foe will only serve as an interim prime minister.

“More important thing then was Najib. For that reason we have to sacrifice, I need to sacrifice and to accept the condition because the main thing is not to be prime minister but to bring down Najib,” he said.

Dr Mahathir, who is also Bersatu chairman, admitted that it seemed awkward at first when two fierce enemies were seen sitting and working together, but over time it became normal.

“But ‘Alhamdulillah’ (praise be to Allah) because we were willing to accept these terms, we won. We did not expect that we would win. Previously, when asked on the chances of us winning, my answer would be 50-50.

“Until the end I wasn't sure that we could win. But ‘Alhamdulillah’ (praise be to Allah), we won. The result of our sacrifices,” he said.

The calls for Dr Mahathir to continue serving as prime minister until GE15 were made by the delegates attending the party’s three-day annual general assembly that ended today.

Dr Mahathir also said that some people viewed that the two-year period to serve as prime minister was too short to govern the country.

To this, Dr Mahathir said people are entitled to their own opinions.

The prime minister said the matter was not discussed with PKR president Datuk Seri Anwar Ibrahim when they met over dinner. However, he did not say when the dinner with Anwar, who has been described as the prime minister-in-waiting, had taken place.

“I think he feels comfortable that he will succeed me, maybe in two years, I don’t know... I’m not going to be the prime minister until the next election,” he said.

Asked on his assessment of the Pakatan Harapan government that he currently leads, Dr Mahathir said it is very stable.

“As far as I can see, we are very stable. The investors are very happy with our performance, similarly with our assurances for both the domestic and foreign investors,” he said.

“Of course we are not stable in the eyes of journalists because if we are (stable) then there is nothing to report,” he quipped.