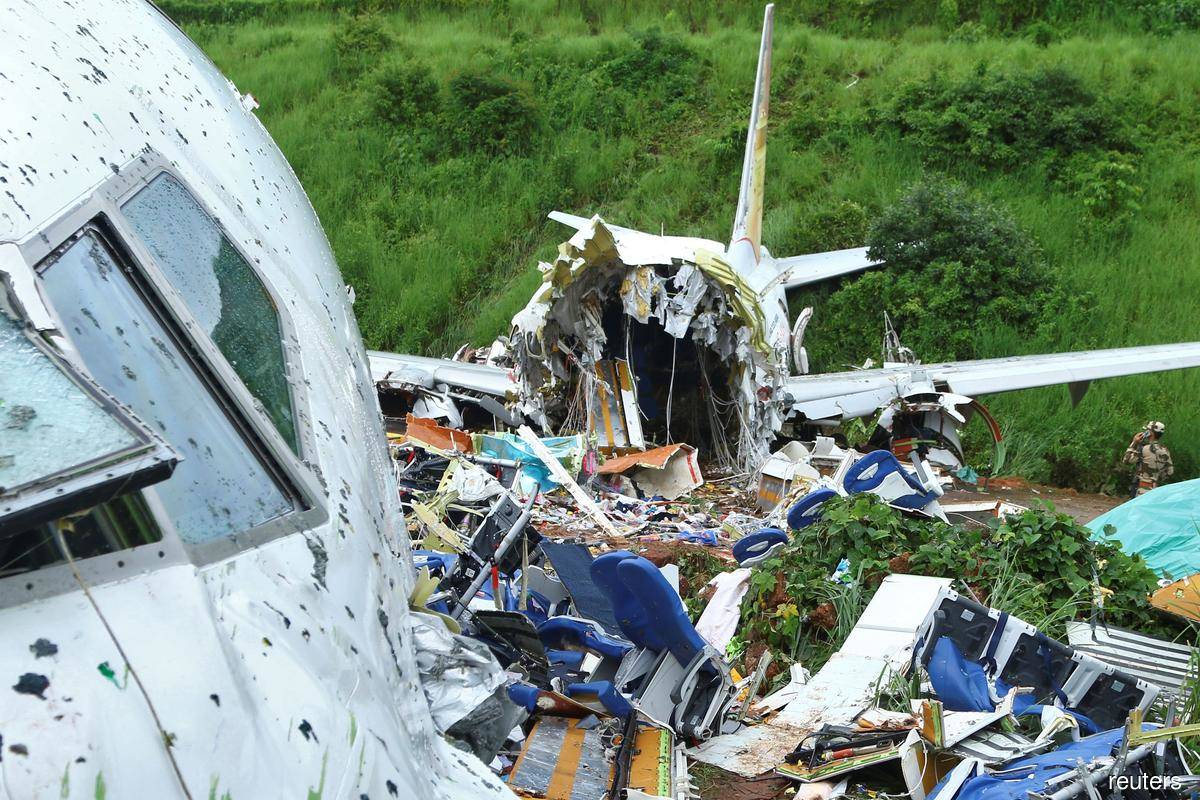 NEW DELHI/KOCHI, India: Seated on the last row of the plane, Muhammed Junaid sensed something was amiss when Air India Express flight IX 1344 from Dubai was jerked around by strong winds as it approached the southern Indian city of Kozhikode late on Friday.

After an aborted attempt, the aircraft swung around and touched down on the runway, said Junaid, who like many others onboard worked in the Middle East but was forced to return home when his salary halved because of the Covid-19 pandemic.

Instead of slowing down, Junaid said, the Boeing-737 appeared to pick up speed, overshooting the runway slickened by heavy rains, hurtling down a sharp slope and breaking in two.

"All these things happened in 15 seconds," he told Reuters by phone on Saturday (Aug 8).

Eighteen of the 190 passengers and crew including both pilots, died, officials said on Saturday, in India's worst passenger aircraft accident since 2010. Sixteen people were severely injured.

But Junaid and several other passengers, seated at the back of the aircraft, walked away from the wreckage at Calicut International Airport near Kozhikode almost unscathed.

By midnight, Junaid said, he had driven himself home to Elathur, an hour from the airport.

Only his head was sore from bumping into the ceiling and his lips bled a little after he bit into them. "Nothing happened to me, thank God," he said.

Junaid, 25, moved to Dubai three years ago to work as an accountant at a trading firm.

The only breadwinner in his four-member family, he would send home around half the 4,000 dirhams (US$1,000) he made a month, he said.

But after the pandemic took hold this year, his firm's business dried up and he was only paid half his salary from May.

"My boss told me to take two or three months' leave and come back when everything is OK," he said.

Finding a way home was not easy because India had closed its international borders in March. Junaid said he registered for the Indian government's repatriation flight program in May but did not hear back for two months.

On Aug 1, he was told flights would be available between Dubai and Kerala state, where Kozhikode is located, during a two-week period.

He paid 880 dirhams for Friday's flight.

"I was coming back to India after almost two years, so I was very excited to meet my family and everyone," he said.

A few seats ahead of Junaid, 28-year-old Muhammad Shafaf was also returning home from Dubai after spending seven months there unsuccessfully looking for a job.

When the aircraft careened off the runway and plunged off a hill, Shafaf said he thought it was the end, fearing a fire would break out and engulf him.

"A cabin crew from the back assured us that there was no need to worry about a fire. She said that the engine was off," said Shafaf, who suffered only bruises on his nose and feet.

As he sat dazed near the tail of the wrecked aircraft, Junaid, too, said he remembered cabin crew calming down passengers and helping those scrunched between mangled seats.

After a 45-minute wait, during which emergency workers helped passengers out of the wrecked front of the plane, Junaid and the rest at the back were helped down.

Now resting at home and awaiting a coronavirus test, Junaid said he wants to stay away from aircraft.