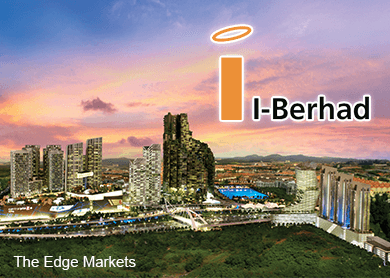 "Sales in the first half of 2015 had increased 30% (year-on-year) and we expect double-digit growth in revenue this year," Eu said.

He said the company had a minimum dividend payout policy of 30%.

According to I-Bhd's statements to the exchange, the last time the company rewarded shareholders was via share dividends.

Today, Eu said I-Bhd might form a real estate investment trust for its properties "when our property (portfolio) is significant enough".

He also said the company might consider other options to unlock the value of its investment properties.

The stock had fallen 10% this year, underperforming the FBM KLCI's 4% decline.