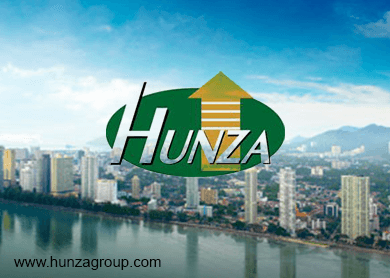 KUALA LUMPUR: Hunza Properties Bhd, whose controlling shareholder has expressed interest in taking it private, recorded a huge leap in its net profit for the third quarter ended March (3QFY15).

Hunza’s net profit increased to RM5.5 million, from RM171,000 in the same period a year ago. The developer attributed the jump to higher sales from its property development segment, due to a stronger take-up rate and higher occupancy rate for its Gurney Paragon Mall and Office Tower in Penang this year.

On its prospects, Hunza said in a filing with Bursa Malaysia yesterday that it is confident the group will record a decent performance.

“We will maintain focus on the tenanting and management of Gurney Paragon Retail Mall and Office Tower. We also stress the construction of low-cost apartments, which is progressing smoothly,” said Hunza.

Hunza had announced in March that the company could be taken private by its major shareholder Khor Teng Tong Holdings Sdn Bhd, through a selective capital reduction (SCR) and repayment exercise. Under the corporate exercise, entitled shareholders will receive a total capital repayment of RM230.72 million or RM2.50 cash per share. The proposed SCR will reduce Hunza’s share capital by RM230.72 million.

The board has decided to table the proposed corporate exercise to its shareholders, but the extraordinary general meeting to vote on the proposal has yet to be held.