Hunt for yield zooms in on UOL Group 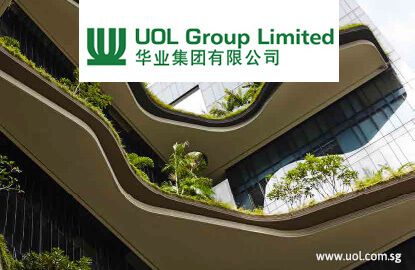 SINGAPORE (March 3): Things are expected to get better this year for UOL Group.

The fall in local property prices appears to have bottomed out even as transaction volumes rise.

On Feb 25, UOL began sales at The Clement Canopy, a 505-unit condominium project in Clementi.

This year, it also secured a freehold residential site at 45 Amber Road and an en-bloc sale site on Potong Pasir Avenue 1, which could add another 915 units to the company’s residential pipeline and extend its earnings.

The company’s hotel business is also expected to do well this year.

In FY2016, UOL saw higher revenues generated by its hotel operations in Australia, including the Park Royal in Parramatta, Sydney, where the construction of 90 new rooms was completed during the year.

To understand why analysts are bullish on the property group, grab Issue 769 of The Edge Singapore (week of March 6) which is on sale now.