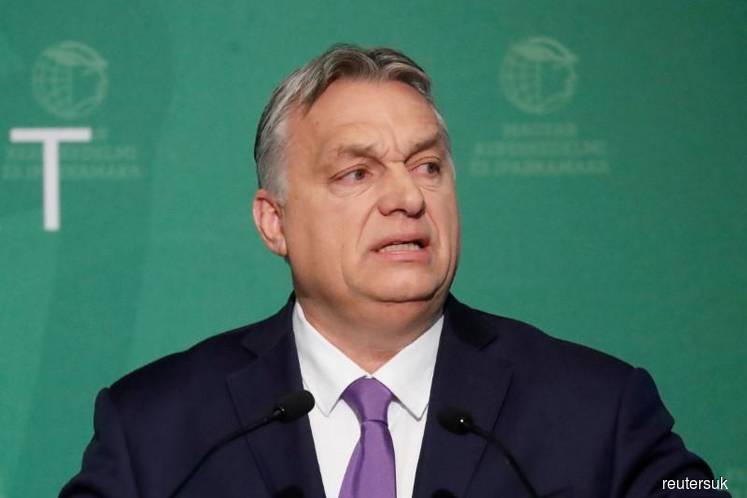 BUDAPEST (April 6): Hungary will raise its budget deficit to 2.7% of economic output this year from a targeted 1% to help fund measures to jump-start the economy, which has been hit badly by the new coronavirus pandemic, Prime Minister Viktor Orban said on Monday.

Orban said the stimulus package, which includes subsidised loans to Hungarian companies and funds to preserve jobs, would amount to 18%-20% of gross domestic product (GDP), including central bank programmes.

"The goal is to create as many jobs as are destroyed by the virus," he said in a televised speech.

Analysts said while some measures were going in the right direction, it was hard to see how the deficit could be kept at a relatively low level with the economy expected to shrink by 1% to 3%, even under the best case scenario.

They also said the measures were not transparent at this stage and the devil would be in the detail.

"We do not know what forecasts the government used for GDP growth ... and we don't know how the expenditure side of the budget will add up," said David Nemeth, an analyst at K&H Bank, whose central forecast is for an economic contraction of 7%-8%.

Orban did not give a forecast for how the economy, which exports heavily to the euro zone, would perform this year.

Parliament, where Orban's ruling party has a big majority, has granted him the right to rule by decree indefinitely to fight the pandemic, ignoring calls by opponents and human rights groups to put a time frame on the extra powers.

The National Bank of Hungary is expected to announce new measures on Tuesday. The government has already imposed a blanket moratorium on all loan repayments until the end of 2020.

Orban said the government was ready to pay some of the wage costs of companies forced to cut working hours and would support investments with 450 billion forints (US$1.3 billion).

There will also be targeted support for sectors such as tourism, the food industry and construction.

Subsidised loans to companies will total more than 2 trillion forints, while pensioners will get one month's extra pension to be disbursed in four tranches from early 2021.

Elections are next due in Hungary in 2022.

On Saturday, the government announced a US$2 billion special fund to help fight the coronavirus, which will include contributions from banks and foreign retailers.