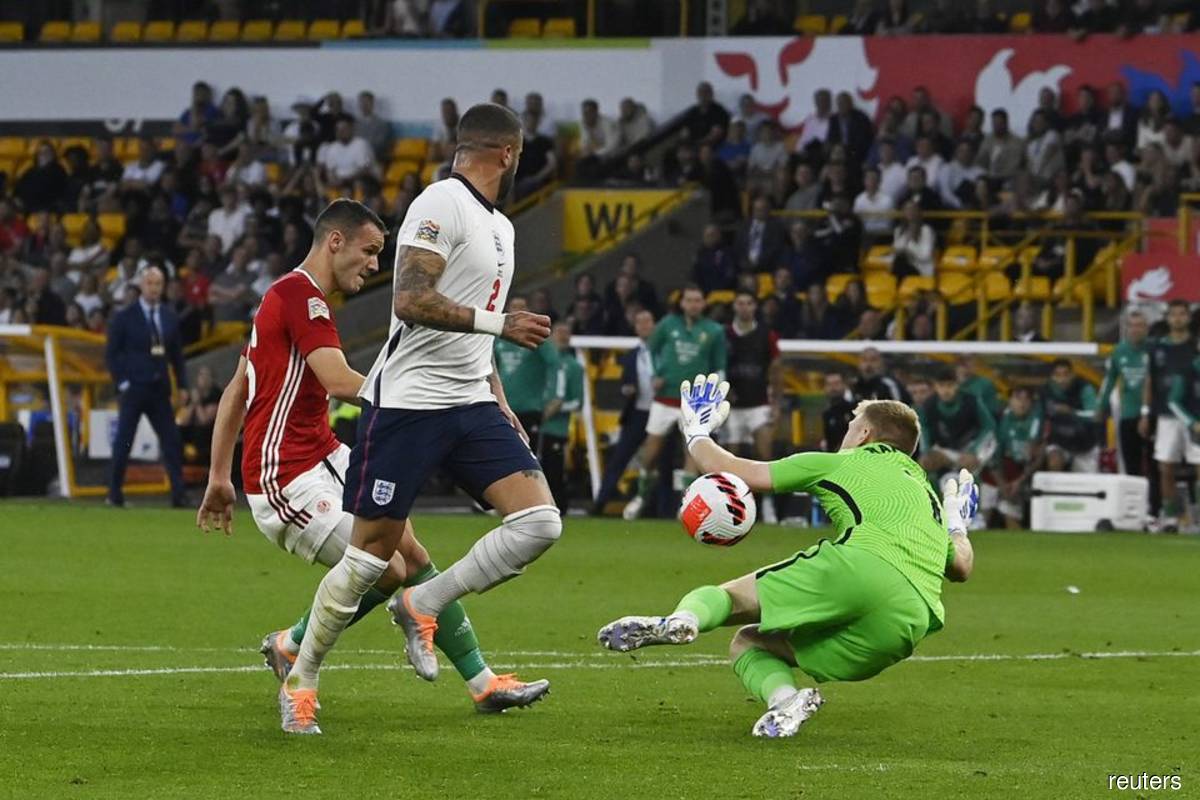 WOLVERHAMPTON, England (June 15): Hungary humiliated England 4-0 away on Tuesday to go top of their Nations League group and hand the hosts their worst home defeat for 94 years in a competition Gareth Southgate's side had hoped would be a morale-boosting warmup for the World Cup.

Southgate made nine changes from the team that drew with Italy at the weekend to give some fringe players a chance. But despite dominating possession, England created few chances and the experiment backfired against a Hungary team who beat them in Budapest earlier in the month and were out for blood again.

"Tonight is a chastening experience," Southgate said, after last year's national heroes as European Championship finalists were booed off at Molineux Stadium in Wolverhampton.

Hungary's Roland Sallai began the rout when he controlled the ball on his knee after a miscued header from John Stones before drilling past Aaron Ramsdale in the 16th minute.

Sallai scored a second in the 70th minute with a perfect finish with the outside of his boot after Kalvin Phillips lost a tackle. Zsolt Nagy chipped Ramsdale and Daniel Gazdag drove from distance into the corner for two late goals that heaped pain on England.

Adding to their disastrous night, England defender Stones was sent off for two yellow cards.

Southgate said he had picked a young, experimental team, heavy on attacking talent, which left his side exposed when the game turned against them.

"That's my responsibility at the end of the day.

We couldn’t keep flogging our best players ... But I think I’ve given too much for them to do tonight. I understand the reaction to that in the stadium," he said.

"I'm not going to say that it doesn't hurt ... We’ve seen that you’ve got to be at full strength. It was an important experience for young players across this tranche of games.

"This group of players have been unbelievable for the country and it’s important that they stay with them," added Southgate, who also led England to a World Cup semi-final in Russia in 2018.

The result left Marco Rossi's tough Hungary side top of Group A3 on seven points, with England in fourth and bottom spot on two points. Germany are second on six points after winning 5-2 against Italy, who are third on five points.

With two games left, the group winners go to the Nations League finals next June while the bottom team are relegated.

England captain Harry Kane, who provided some of England's few moments of quality and hit the bar with a header, acknowledged his side's second half capitulation was "unacceptable" but also urged fans to be forgiving.

"It’s our first big defeat in a long time. It's not time to panic, it’s time to keep our heads up," he said.

"A night to forget but we have to take it on the chin and move forward, prepare for a big World Cup, and we’ll learn a lot ... Let’s not forget where we’ve come from. It’s not going to be perfect every game."

After narrowly losing last year's Euros to Italy, England have high hopes for the Qatar World Cup at the end of this year. But their dismal form in the Nations League has baffled fans, with some pundits pointing to player exhaustionafter the rigours of the Premier League and other competitions for many.

Hungary did not qualify for the World Cup.