HSR cancellation  may dampen growth rate of properties in Johor 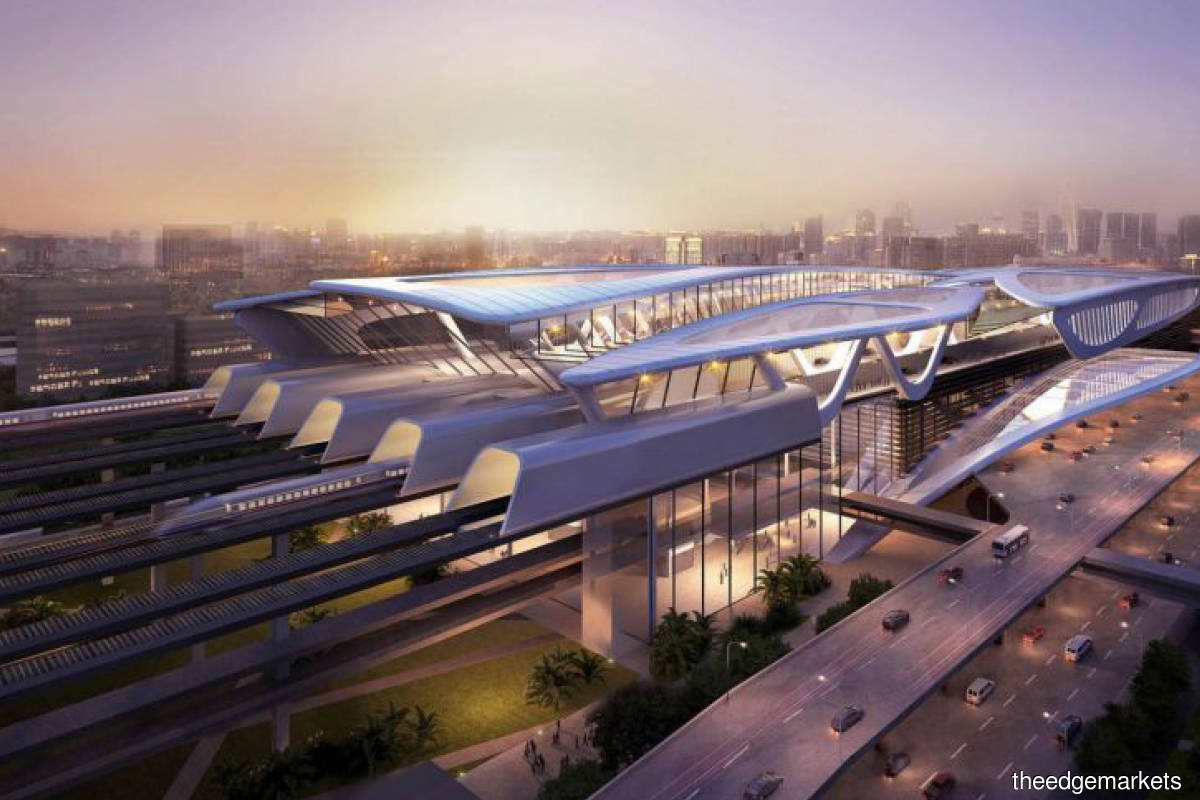 “We are still waiting for more information on how this will pan out in the coming months. The Covid-19 pandemic has thrown a spanner in the works as resources will be used to combat this plague and restore the economy,” says Samuel Tan, executive director of KGV International Property Consultants (Johor) Sdn Bhd, in an email interview.

revenue-sharing and a host of technical issues.

“With Malaysia’s proposal to remove AssetsCo, Singapore has said it would not agree to this significant change, which constitutes a fundamental departure from the HSR Bilateral Agreement signed in 2016. This is the overriding reason, among others, that tanked the agreement.

“On the other hand, Malaysia contends that AssetsCo ‘adds cost and unnecessary rigidity to the project under the present climate’. It stood in the way of the slew of changes proposed by Malaysia for the project structure, which will deliver more benefits to the country than was originally envisaged. Under the proposed system without AssetsCo, the projected combined savings could be in the region of 30%, according to Malaysia’s end.” Samuel: Prices of land near the perceived location of the stations had spiked. Housing schemes were launched with the promise of the advantage of having a station nearby.

For now, stakeholders must plan with the assumption that the HSR will not be built, at least in the foreseeable future. “Developments must be sustainable without this growth element. Each town must find its own strengths and optimise these in the development planning,” Samuel tells City & Country.

“For instance, Muar/Pagoh can hinge on its strengths to be an educational hub and industrial centre, with furniture-making as its main theme. Batu Pahat can capitalise on its cultural elements, domestic tourism and industrial development. Iskandar Puteri has an advantage as a new economic corridor with several drivers such as education, industrial properties and tourist attractions.”

According to KGV International Property Consultants (Johor) research manager Tan Wee Tiam, now that the HSR has been terminated, the government should consider ways to optimise the electric train service (ETS) and the Johor Baru-Singapore Rapid Transit System (RTS) to further stimulate growth in the affected regions.

“An efficient linkage should be planned for the stations to be located in nearby growth areas. Better connectivity and immigration/customs clearance must be designed at both the Johor Causeway and the Second Link. This involves both hardware and software management,” says Wee Tiam.

“Funds saved from the cancelled HSR project should be utilised for infrastructural improvements in the affected areas. Many multiplier effects can be seen from new highways and roads, interchanges and road widening.

“However, should there be a domestic HSR in the future, the government must ensure its sustainability by balancing cost-benefit effects. The stations must be placed in towns that can benefit the most. Fares must be priced reasonably. Integration of the domestic line with other transport modes would be critical to ensure optimisation of resources. Provisions must be made for a future link with Singapore as well as with Indochina.”

The consultants say the idea floating around is that Malaysia will proceed with a domestic system and Singapore will join in at a later stage. “In this instance, each country will be using its own asset company. There is a possibility that the government may replace the HSR with a domestic system,” says Wee Tiam.

“There is a proposal to link KL to Iskandar Puteri without any extension to Singapore. No further details are available on this proposal yet. Many are of the view that without the Singapore market, a domestic HSR will not be viable due to a lack of critical mass to reach the desired ridership volume.”

According to Samuel, the completion of the ETS or double-tracking system over the next two years will result in a duplication of transport modes. Although it runs at a slower speed, it should be sufficient for domestic connectivity. “The ETS is designed to be a 2½-hour journey at a speed of 170kph. The system will eventually link JB to Padang Besar in the north.” Wee Tiam: Funds saved from the cancelled HSR project should be utilised for infrastructural improvements in the affected areas

development in the state

Three towns — Muar/Pagoh, Batu Pahat and Iskandar Puteri — were designated stops under the HSR project. “Since the inception of the idea to develop the HSR in 2016, property values in those areas had gone into overdrive. Prices of land near the perceived location of the stations had spiked. Housing schemes were launched with the promise of the advantage of having a station nearby,” says Samuel.

With the termination of the HSR, these hopes have somewhat evaporated, albeit temporarily. Some still harbour the hope of a domestic system with scaled-down stations. “What is lost now is an immediate catalyst for accelerated growth. Developments strive for future growth, and this has been removed from the equation or scaled down for now,” he says.

Nevertheless, the termination of the HSR project will not really have much impact in the near term. “Over the last few years, developments have found their own pace and tempo. For example, in Iskandar Puteri, the original mammoth station at Gerbang Perdana was scaled down in 2018 under the previous government. This scaling down did not stop developers from launching projects with credible results,” says Samuel.

“The master planning in Iskandar Puteri has taken on more initiatives and strengths than to rely on just the availability of an HSR station. Iskandar Puteri has outgrown the HSR image to become a self-contained township that boasts lush greenery, well-planned infrastructure, modern housing and various amenities. Its connectivity is not compromised without the HSR as it is now well linked with major highways to Singapore and other parts of Malaysia. Having a terminus here later will be an added boost.”

Apart from better connectivity between KL and Singapore, the HSR was expected to generate 100,000 new jobs and add spin-offs to the construction industry. Property development and accelerated property values were expected in towns where the stations were to be built, say the consultants.

“Over the last decade, many developers [with projects] near the proposed stations had used the HSR as a marketing point to attract buyers to their projects. Indeed, many had committed to various investments in anticipation of the possible capital appreciation. Land values had also increased in those areas,” Samuel points out.