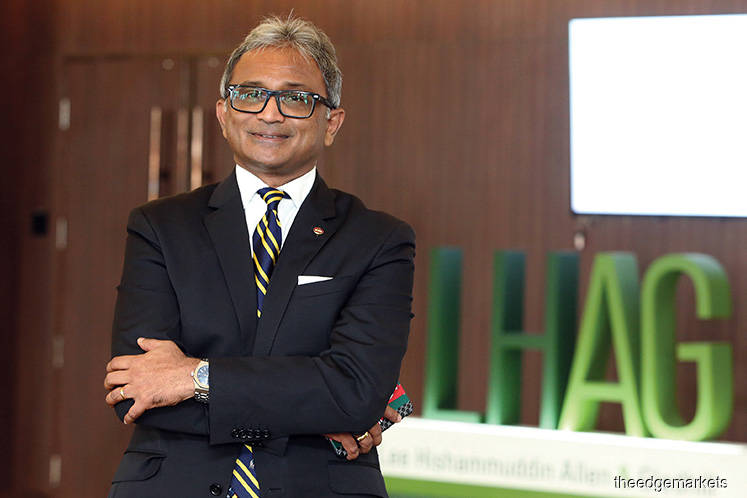 The current economic climate has at least one expert seeing an increase in restructuring exercises (which may include employee transfers or retrenchment) in the local business community. Datuk Thavalingam Thavarajah (picture), employment law specialist and partner at law firm Lee Hishammuddin Allen & Gledhill tells Enterprise that he has tracked an increase in such incidents over the last 12 to 24 months.

“The right to restructure is a management prerogative and the courts generally do not interfere in these decisions unless it can be shown that the exercise was done in bad faith. It is also entirely possible to restructure whether in bad times or good. But problems tend to arise at the point at which management selects employees to be retrenched,” he says.

Speaking on the sidelines of an early July talk, “Downsizing vs rightsizing: Cultivating the best approach to organisational restructuring”, he said that in letting go of surplus staff, businesses need to ensure that they arrive at the decision based on reliable and contemporaneously recorded documents, that is, documents recorded at the moment of the event occurring.

First, employers have a legal responsibility to inform the Department of Labour if and when it makes a decision to retrench staff. If it turns out that a company has a collective agreement and a unionised workforce, then the onus is on the employer to also provide sufficient notice to the union. Failure to comply with these requirements could result in the union commencing a non-compliance action against the company, says Thavalingam.

A matter of record

It is important that companies take practical steps such as recording attendance at important town halls when retrenchment announcements are first made. “A retrenched employee should have had sufficient notice that a retrenchment exercise is taking place and that he is going to be retrenched. Ultimately, the Industrial Court wants to be satisfied that when it upholds a decision as grave as retrenchment, it was done for the right reasons and in accordance with the best practices.”

In the event a matter is brought up to the Industrial Court, documents such as email exchanges, conversations with affected employees and medical and disciplinary records will help build an ongoing and objective record of the company’s rationale and justifications.

According to Thavalingam, the court must generally be satisfied that three overarching criteria have been fulfilled before it considers a retrenchment lawful:

An entrenched legal concept in employment law, the LIFO principle requires the employer to select the most junior employee of a particular category for retrenchment. This means that when considering employees for retrenchment, human resource managers must be evaluated against each other for seniority, as opposed to the HR executives in their respective teams.

Nonetheless, Thavalingam says the LIFO principle can be set aside in some cases, thus allowing for otherwise more senior employees to be retrenched ahead of junior staff. That said, the justifications that companies use to depart from the said principle must be suitably ironclad. For one, age is a very sensitive consideration and the courts typically expect the employer to have resorted to a host of other remedial or mitigating measures before retrenching someone on the basis of his age.

Thavalingam says it may not be enough to simply suggest that an older employee is less well versed with the company’s IT systems and infrastructure. The courts may first need to be satisfied that the employer had made earnest attempts to train the employee.

It may also not be enough to simply suggest that the employee was deemed incompetent as the court may then expect the employer to explain why the employee was even hired in the first place. “Job competence is not necessarily the same thing as job performance. So, companies need to be very clear about the scope of the job and all the specific requirements,” says Thavalingam.

“Companies need to maintain a document explaining the job description, being sure to make amendments whenever the job description changes. These changes must be clearly communicated to the employee, failing which the courts may be concerned that the retrenchment was made in bad faith.”

As an added measure, Thavalingam advises companies to maintain a clear organisation chart. Such a document should be dated and records kept of when positions and reporting lines changed due to restructuring. To this point, a common counter-argument against the employer is that the former employee’s job still exists, it has just been taken over by someone else or split up among a few other employees.

He explains, “The courts have held in the past that if a company can show that it has suffered from reduced profit over a period of time, then the court could be willing to accept [for example] a finance director having to take on the responsibilities of the retrenched finance manager or alternatively, splitting up the role among a number of other finance staff.”

The term has become increasingly prevalent over the last few years, with a number of notable companies, particularly in the media and manufacturing sectors, providing the option to the staff.

“It is important to understand why you as an employer are offering a voluntary separation scheme (VSS) to your staff,” says Thavalingam.

“The idea is that you are offering a monetary lifeline to employees who make more than RM5,000 a month [and therefore, are not fully protected by certain provisions of The Employment Act 1955], up and over what is provided for in their employment contracts. The reason a company would resort to a measure like this is to avoid the kind of legal liability that comes with a mandatory retrenchment exercise.”

However, as is the case with retrenchment, there can be no hint of bad faith in the exercise. Thavalingam advises employers to be very careful not to force employees to sign off on a VSS.

“There have been cases brought to court whereby employees were effectively forced to sign a VSS. Although the document itself was worded in such a way so as to be an entirely voluntary exercise, the employees were nonetheless pressured into signing the agreement,” he says.

This effectively defeated the purpose of the VSS, which was to protect the employer against legal liability.