How much did Zeti know about husband’s bank account in Singapore? 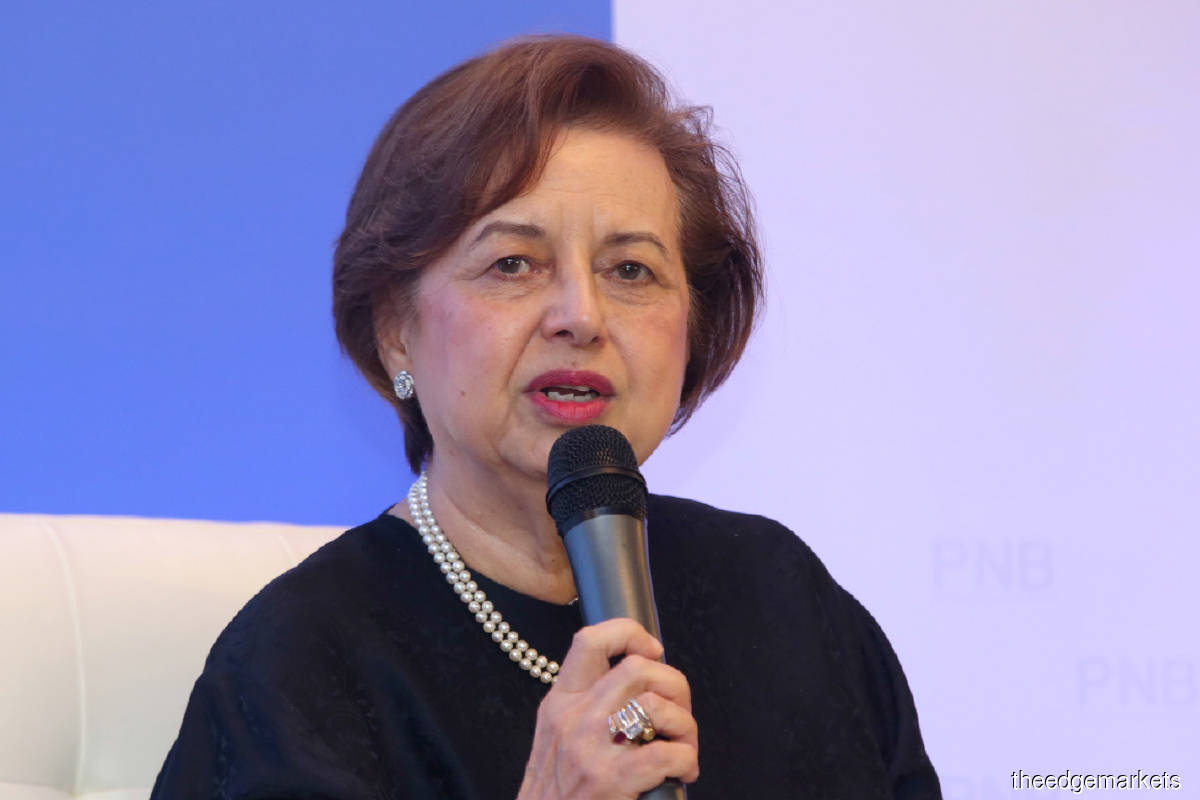 HOW much did Tan Sri Dr Zeti Akhtar Aziz know about the bank account in Singapore that belonged to her husband Datuk Dr Tawfiq Ayman?

Probably quite a bit.

According to documents and correspondences sighted by The Edge, the Commercial Affairs Department (CAD) of the Singapore Police Force had in 2015 and 2016 shared information with Bank Negara Malaysia about suspicious transactions involving Iron Rhapsody Ltd, which had a bank account at UBS in Singapore.

Tawfiq and a son are beneficial owners of Iron Rhapsody, according to CAD.

In reply to a query, Bank Negara said it was unable to respond, as it was “bound by the international protocol for sharing of financial intelligence”.

The Edge also emailed a question to Zeti but, as at press time, had not received a reply.

Zeti was still Bank Negara governor in 2015 and retired only in April 2016.

The bank account by itself was not the issue.

It was several inflows of money into that account that triggered the suspicious transaction report (STR) alerts. These transactions took place in 2008 and 2009 and the STR alerts were flagged to Bank Negara only in 2015 and 2016 by CAD, after investigators there, together with those in Malaysia, Switzerland and the US, launched probes into the theft and laundering of billions of dollars that belonged to 1MDB.

The probes were triggered by exposés published from March 2015 by The Edge, Sarawak Report and The Wall Street Journal.

Documents shared by Singapore’s CAD with Malaysian investigators showed that Iron Rhapsody received a total of US$16.22 million from companies/bank accounts of Low Taek Jho, or Jho Low:

1)    June 18, 2008: US$7.42 million from Butamba Investments Ltd’s bank account at RBS Coutts Singapore. Jho Low is the beneficial owner of Butamba Investments, which was involved in a May 2008 RM3 billion land deal with Khazanah Nasional Iskandar Malaysia (see The Edge Malaysia, Issue 1057, March 9 to 15, 2015: “How Jho Low made RM400 million by quick flip of Iskandar land deal”);

2)    May 21, 2009: US$0.732 million was received from Jho Low’s US law firm Shearman & Sterling’s account in Citibank in the US. The US Department of Justice has named Shearman as a firm that Jho Low used to launder money stolen from 1MDB;

Singapore CAD has confirmed that the source of the money in transactions 2, 3, 4, 5 originated from profits made by Jho Low and cohorts from the flipping of the RM5 billion 1MDB/TIA (Terengganu Investment Authority) bonds arranged by AmBank in May 2009.

Jho Low and others, via Aktis Capital Pte Ltd, Acme Time and Country Group Private Securities Ltd, made more than RM600 million in profits from the flipping of the 1MDB bonds.

Aside from the above dealings between Tawfiq Ayman and Jho Low, the two were also believed to be partners in a company that Jho Low set up in July 2007, called Abu Dhabi Kuwait Malaysia Investment Corp (ADKMIC) (see The Edge Malaysia, Issue 1071, June 15 to 21, 2015: “Jho Low plays puppet master to 1MDB to get billions for his deals”.)

Documents sighted by The Edge showed that the BSI banker Yak Yew Chee — who was jailed in Singapore for abetting Jho Low in 1MDB-related criminal transactions — had told CAD that “when ADKMIC was incorporated (July 17, 2007), there were six to seven shareholders, including Jho Low and Datuk (Tawfiq) Ayman — husband of Dr Zeti, governor of Bank Negara”.

Good Star is owned by Jho Low and had, in September 2009, illegally received US$700 million from 1MDB. The US$700 million came from the RM5 billion bonds that 1MDB issued in May 2009 with the help of AmBank.

The government-guaranteed bonds paid a hefty coupon of 5.75% and were sold at a discount by AmBank to Jho Low and collaborators via companies in Singapore and Bangkok and then immediately flipped to institutional investors in Malaysia for a profit estimated at more than RM600 million (see The Edge Malaysia, Issue 1271, June 17 to 23, 2019: “Two Malaysians, besides Jho Low, benefited from 1MDB bond flip”).