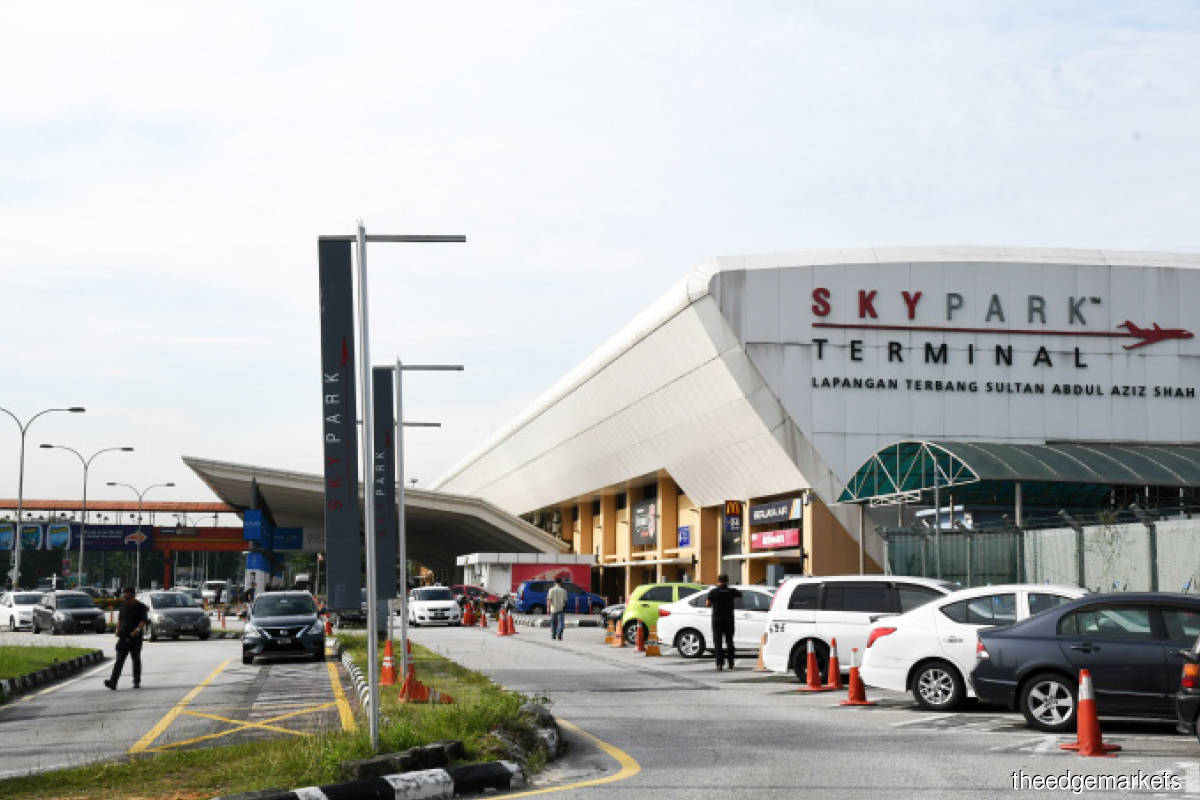 ALLOWING scheduled jet services to operate out of Sultan Abdul Aziz Shah Airport (Subang Airport) in Subang, Selangor, would adversely impact airlines’ current operations at Kuala Lumpur International Airport (KLIA) in Sepang as it would cannibalise traffic at the main international airport as well as lead to a price war.

This was revealed by Malaysia Aviation Group Bhd (MAG) and Malaysia Airports Holdings Bhd (MAHB) in an information memorandum dated April that was seen by The Edge.

According to the memorandum, the consequence of the potential move would jeopardise Khazanah Nasional Bhd’s recent efforts to rescue troubled MAG, the holding company of Malaysia Airlines Bhd (MAB) and FlyFirefly Sdn Bhd.

“There will be a cascading effect of having to scale down MAB’s ex-KUL network with a shift to focus mainly on network connecting traffic out of KLIA, and a corresponding loss of higher yield point-to-point traffic at KLIA,” reads the memorandum.

It is believed that allowing regional jet operations out of Subang Airport will cause a rush of airlines to start operations out of the airport given its more favourable location and convenience compared with KLIA, while operators out of KLIA will be slow to adjust to the traffic shift in passenger flows between the two airports due to structural commitments. In order to survive, KLIA-based airlines will adjust prices downwards significantly in an attempt to induce or keep passenger numbers on their network, the memorandum shows.

It also revealed a fear of Firefly’s turboprop services at Subang Airport becoming irrelevant as it would be unable to compete with a superior jet product out of the same airport. This will entail a significant reconfiguration of the operations and business model of Firefly, with a significant investment cost, if MAG chooses to participate in the scheduled jet operations at Subang Airport, according to the memorandum.

It further states that the potential move would put in jeopardy the effects of MAG’s restructuring exercise during a period of fragile recovery, in particular, affecting the significant concessions provided by all MAG creditors, including its shareholders, Malaysian financial institutions, and large government-related institutions such as Ministry of Finance (MoF) subsidiaries and Kumpulan Wang Persaraan (Diperbadankan).

Khazanah had in February committed to offer a RM3.6 billion lifeline to MAG to support its five-year business plan, which envisages the airline group returning to profitability from 2022. This is in addition to the RM28 billion the sovereign wealth fund has injected into MAG to date. This follows the completion of a RM15 billion debt restructuring exercise.

In March, Subang Skypark Sdn Bhd — a 60%-owned subsidiary of construction and property firm WCT Holdings Bhd — had submitted a concept paper to redevelop Subang Airport, which includes allowing the return of regional jets with capacity of fewer than 140 seats, on its runway. These include aircraft types like the Boeing 737 and Airbus A320 that are currently being used by airlines at KLIA.

The memorandum also points out that, as part of its long-term business plan, MAB has been actively pursuing collaborative partnerships with other international airlines in order to expand its network reach and increase connectivity and international passenger flow into Malaysia.

“However, the reduction in point-to-point traffic will lead to a reduction in available capacity in the overall domestic and Asean network ex-KLIA and thereby reduce the overall attractiveness of using KLIA and partnering with MAB for passenger flows. It is anticipated that this Subang Airport initiative will cause MAB’s airline partners to review and rethink their partnership strategy,” the memorandum added.

A country manager of a foreign carrier says there will of course be some level of cannibalisation, although foreign airlines that operate hub-and-spoke business models are likely to stay put in KLIA due to its international connectivity.

“At KLIA, we are able to offer [passengers] the possibility of transferring [to other airlines], which is part of the strategy to broaden our network. If not, we are stuck with a limited number of destinations, which in turn would limit the number of passengers that we can carry.

“International airlines that typically mount larger aircraft than the 737s and A320s would also not operate out of Subang Airport because it would not be able to accommodate them,” the country manager says, expecting Subang to cater for more point-to-point non-stop flights to domestic and Asean destinations.

Foreign carriers are also unlikely to operate out of two airports in the same locality. “Cost-wise, it does not make sense to do so. Likewise, Malaysia-based airlines such as MAB and AirAsia Group Bhd would prefer to operate from a single base unless the domestic market is so huge it can support operations at both KLIA and Subang Airport,” the country manager adds.

Shukor Yusof, founder of aviation consultancy Endau Analytics, notes that WCT would have to offer incentives to entice airlines such as AirAsia to also operate out of Subang Airport as the low-cost carrier has invested heavily to set up operations at klia2, and its RedQ headquarters and Redbeat Academy at KLIA. AirAsia has been operating at KLIA since 2002.

The timing is also not good for AirAsia as it is struggling amid the pandemic and it remains to be seen when long-haul, low-cost airline AirAsia X Bhd will complete its plan to restructure its total debt of RM64.15 billion, he says.

On June 25, both MoF and Ministry of Transport announced that no decision has been made by the cabinet to approve any proposal to sell any part of Subang Airport to the private sector. But they did not say if either of the proposals by MAHB or WCT to redevelop the airport has been accepted.

While proponents of breaking up MAHB’s near-monopoly in the airport industry welcome the competition from WCT, they urge the government to open up the Subang Airport redevelopment project to other private companies as well so as to realise the airport’s full potential.

“Competition is welcome. It is good for the country as it will be a very different airline market in the next few years. Ultimately, the government will have to decide how the development plans of Subang Airport are going to serve the people of Malaysia. They have to look at the overall aviation market — how will it impact MAB, AirAsia, component manufacturers, cargo operators and others,” says Shukor, who sees WCT as a welcome industry disruptor.

“It is best to have an open discussion [with all stakeholders], including MAHB and WCT. One reason that WCT has attracted criticism so far is that it has yet to share details about its plans for Subang Airport, which is of public interest. But if it has the ability, the will and money to push through something like this, then let’s hear the company out. It is understandable for MAHB to be aggrieved by this situation. By the same token, MAHB needs to come up with a better regeneration plan and convincing ideas. There are still many things that can be done in Subang.

“I see more benefits in having a city airport, especially looking at Subang Airport in its current condition. Clearly, the airport is ripe for a change, but to change it comprehensively requires a lot of money,” he adds.

Shukor dismisses arguments that WCT has no track record in operating airports, pointing to business tycoon Tan Sri Syed Mokhtar Albukhary, who also had no experience in aviation when he took over Senai Airport in Johor.

“Perhaps the critical question is whether it makes sense for the proposal (by WCT) to be given approval. Subang Airport by virtue of its location presents lucrative potential for anyone who owns it. This idea of having a city airport is not new. Many people have looked at it, but no one had actually put together a plan and offered money for it until now.

“At the end of the day, you have to question whether there is a need to introduce scheduled jet services at Subang Airport and can the business model be complementary to KLIA rather than have a negative impact. That’s because the potential move is going to be detrimental to MAB and AirAsia. Who does it benefit at the end of the day? What is the priority of the government?” adds Shukor.

The government’s eventual decision could shake up Malaysia’s airline market. There are no easy answers.