How about lowering property prices? 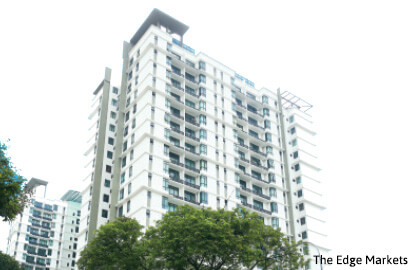 AS controversy rages over the suggestion for developers to lend money to prospective buyers who have difficulties getting financing to purchase properties, one question remains unasked: Will lower property prices help resolve the buyers’ financing problem?

The logic is that by reducing prices, prospective buyers will be eligible to get a margin of financing that is sufficient to buy the developers’ products. For example, a prospective buyer who can only get 75% financing for a property priced at RM600,000 may not be able to afford it, but lowering the price to RM500,000 would see him seal the deal as the financing would now cover 90% of the revised price.

It could be the right thing to do, according to the Association of Valuers, Property Managers, Estate Agents and Property Consultants in the Private Sector Malaysia (PEPS).

“There is a mismatch between house prices and what people can afford,” PEPS president Foo Gee Jen tells The Edge over the phone. “The government has to look into this matter.”

While the intention — ostensibly to help more people own homes — is good, some quarters believe the proposal by Minister of Urban Wellbeing, Housing and Local Government Tan Sri Noh Omar earlier this month would only address the symptom rather than the cause.

“Over the years, wages have crept up slowly but property prices have risen tremendously, especially in the five years up to 2013,” says Mani Usilappan, former director-general of the Valuation and Property Services Department in the Ministry of Finance. “Will this lending [idea] help ease the burden? I don’t know, but I don’t think so.”

Wage growth aside, from the economic perspective, the slowdown is an indication that the demand curve for properties has shifted: Malaysians will only pay lower prices, compared with three years ago, for similar homes.

This is the scenario facing the local property market after the boom in the years before, which was fuelled by the ease of financing.

For the buyers, they may wait until the price drops to a level they can afford. After all, it is a buyer’s market now.

The developers, however, can either delay their launches until property prices go up or adjust prices downwards to boost sales.

Cutting prices at the expense of profit margin is probably the last resort for the developers, particularly those who had bought land at the height of the property boom.

Several developers contacted by The Edge have dismissed the idea of lowering prices, saying that margins are already thin these days and prices are not so easily adjusted.

“Nobody will do that as margins today are not as high as before,” says a public-listed property developer. “Developers would rather launch fewer projects than cut their selling prices.”

More than half of the 157 developers surveyed by the Real Estate and Housing Developers’ Association Malaysia (Rehda) say they are not planning to launch any project in the second half of the year.

Another developer says for the smaller players, the price range that the market wants is not profitable. For those without holding power, they have no choice but to revise their designs for smaller units — thus, a lower price tag — to accommodate, the developer adds.

However, in some cases, there is a limit to how low prices can be adjusted, says another developer. Some local authorities fix the price range for developments when issuing approvals and lowering prices below that would require the Housing Ministry’s permission, adds the developer. “Without permission, the developer would be breaching the law. That’s why the minister’s idea could work ... for marginal buyers, we can help bridge the difference when prices are at the lower limit.”

One developer says homes priced around RM500,000 are still affordable, so developers should be smart enough to do the right thing. “We won’t set prices that we don’t think can sell.”

The onus, however, cannot be on the developers alone, says PEPS’ Foo.

He adds that many developers are also trying to cope with problems such as rising land prices and compliance cost. “It is a struggle for a lot of developers. Sometimes, they even complain about having to foot the bill for utility infrastructure.”

The emerging picture is that loan application rejections and insufficient access to end-financing — the main reason for lacklustre property sales for the past 3½ years, according to biannual surveys conducted by Rehda — are not the core issues plaguing the property market today. Would it be, then, that the market is overheated?

Industry observers say having developers extend loans to marginal homebuyers will not help much. “If these (loans by developers) are secured, then they are effectively acting as secondary mortgage providers. It becomes mezzanine financing,” says one corporate source. “It adds risk to the market, in the sense that the developers’ capital bases are much smaller than the banks’. As the name implies, you won’t be doing mezzanine financing if it does not carry a higher risk.”

In fact, such easy credit policies — which had raised Bank Negara Malaysia’s concern years ago and prompted the central bank to take pre-emptive measures — may exacerbate the situation at the moment by heating up the market further.

Such a scenario would be nightmarish, just like the subprime mortgage crisis in the US and the property crash that hit Japan in the late 1980s. Three decades later, Japan has yet to recover from that debacle. It would be wise for Malaysia not to flirt with the same risk.