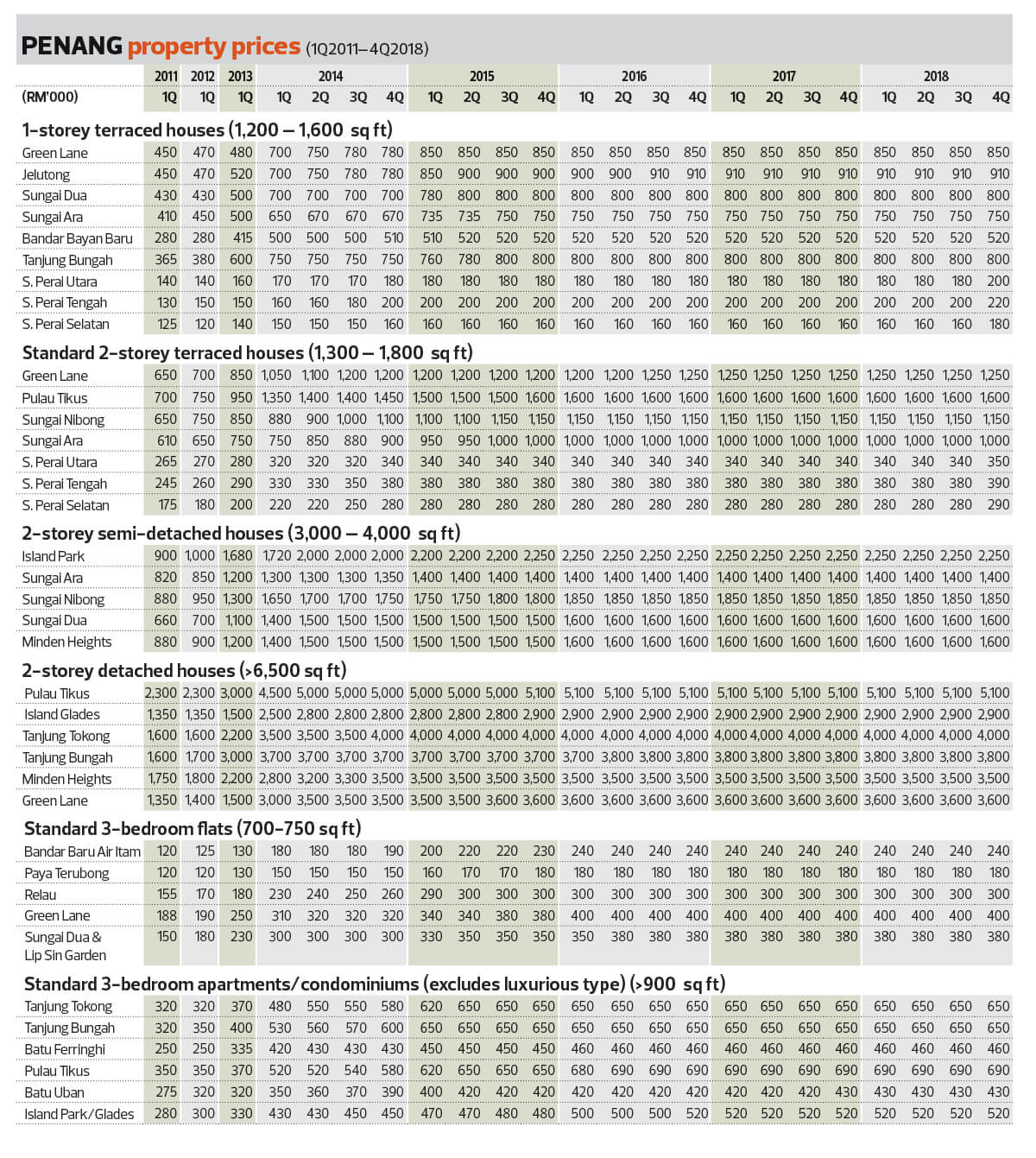 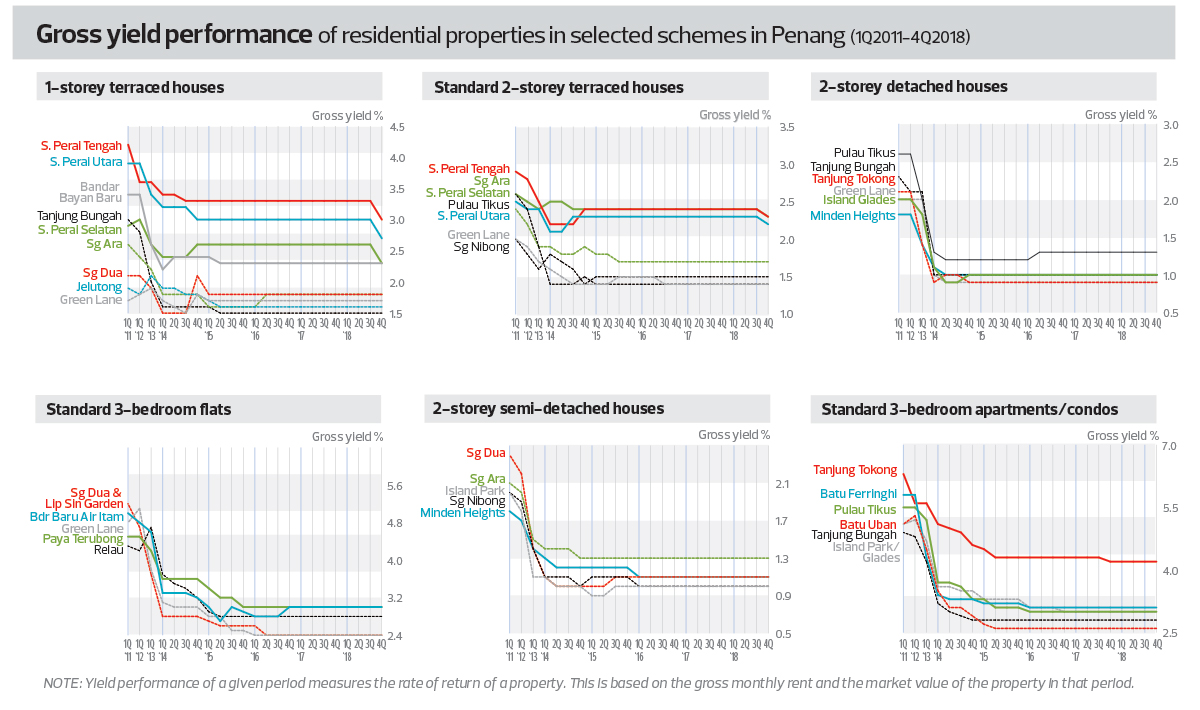 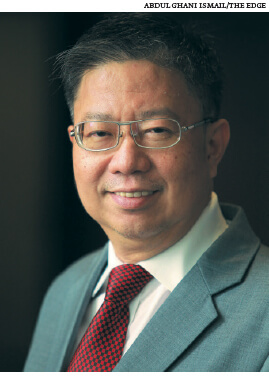 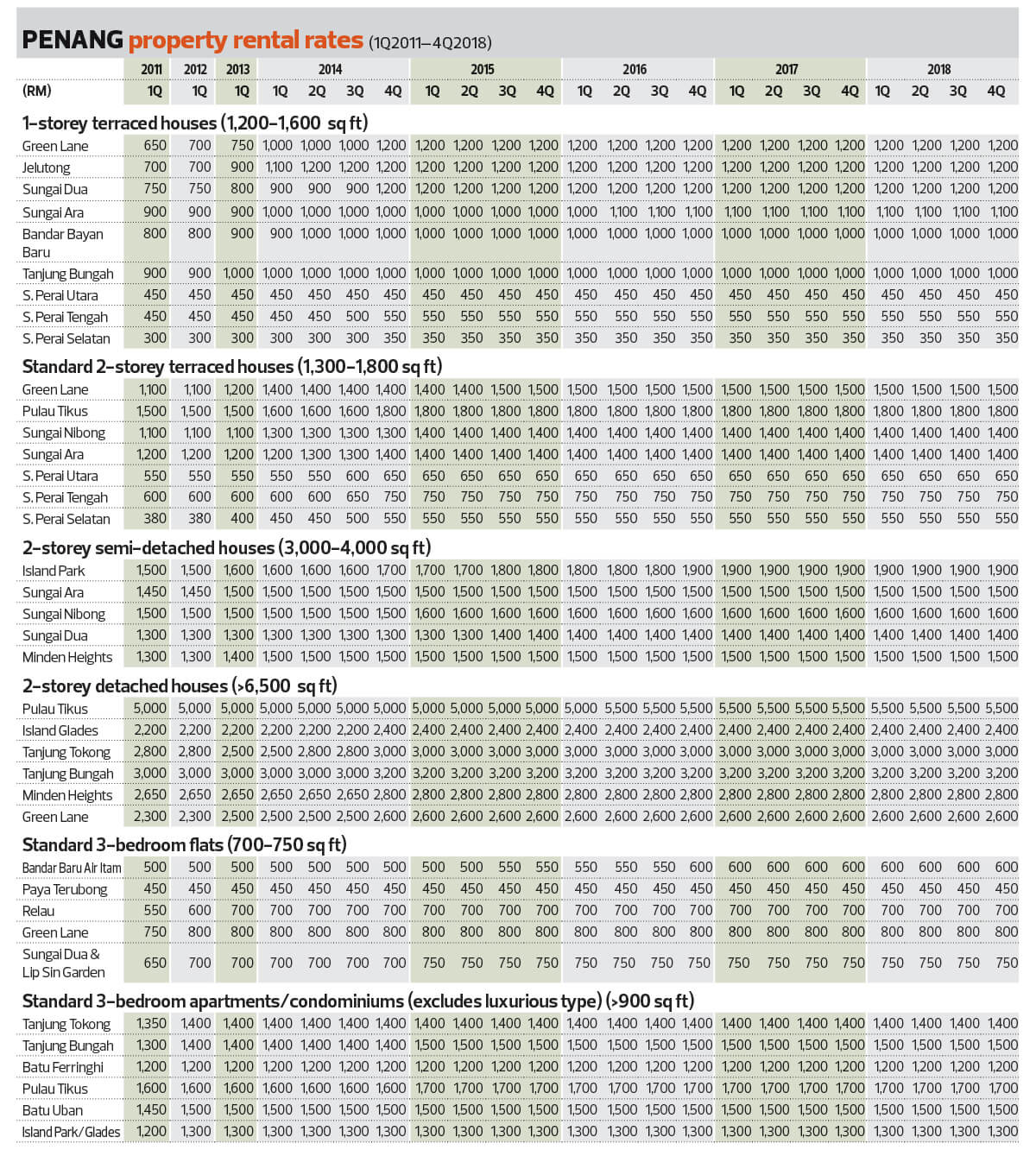 The 4Q2018 Penang Housing Property Monitor shows that apart from the change in the prices of 1-storey and 2-storey terraced homes in Seberang Perai, there was no movement elsewhere both quarter on quarter and year on year. The flat performance of properties surveyed on the secondary market has persisted since 2016. However, according to Michael Geh, senior partner at Raine & Horne International Zaki + Partners Sdn Bhd, this belies the fact that there was transaction activity, although not in the same scope as experienced before 2016.

“On the Penang secondary market, people buy for a reason. I signed many valuation reports and I know of banks giving out loans. [The market] is not dead. But activity has dropped by 5% to 7% from 2017,” he says in presenting the monitor.

As for the market’s performance this year, Geh forecasts an estimated 11,952 units transacted at a total value of RM5.3 billion. His forecast for last year was an estimated 12,582 units sold for a total of RM5.48 billion.

Geh believes the Penang Transport Master Plan is a game changer as its approval and the planning of the LRT routes have revived confidence in the property market.

Though he reiterates that the Penang property market is not dead, Geh concedes that the prevailing soft market conditions will continue.

This, he says, has resulted in investors who had bought investment properties offering to sell them at discounts to pare down their expenses. A ballpark figure of the discounts is between 10% and 15%, depending on the seller, he adds.

As for the primary market, Geh sees developers adopting a Kuala Lumpur strategy to garner sales.

“I observe the practice of giving cash back to purchasers, which is more noticeable now in the market. This has helped developers a bit,” he says.

The opening of Penang Sentral last November is another important event that will benefit the state. This transport hub is where taxis, buses, ferries and trains converge. “It is an important transport hub that has created a more vibrant atmosphere in Butterworth,” Geh says.

Several new property launches  are scheduled for the first quarter of this year, according to Geh. There is Muze at Penang International Commercial City developed by Hunza Group, which is located within the Bayan Baru township. Muze is the residential offering in this integrated development and will offer 846 units with built-ups of between 1,078 and 3,445 sq ft. Another soon-to-be-launched project is Iconic Regency by Iconic Group of Companies. There will be 268 units with built-ups of 850 to 1,200 sq ft.

Moving forward, from this quarter, Geh believes that developers will continue with cash-back schemes, while investment properties will be sold at a discount on the secondary market. However, there are some hot spots that continue to retain investor interest.

“On the eastern side of the island, from George Town to the second bridge, they include Karpal Singh Drive, The Light by IJM Corp, Queensbay Mall area and Batu Maung,” Geh says. “Batu Kawan, which is located near the Penang second bridge, is another hot spot. These areas are hot spots because of their progress and interest generated by buyers.”

While the monitor shows little price change, it is heartening to know that the Penang property market is far from dead.