Hoping to take a bite at the RM2 billion solar pie 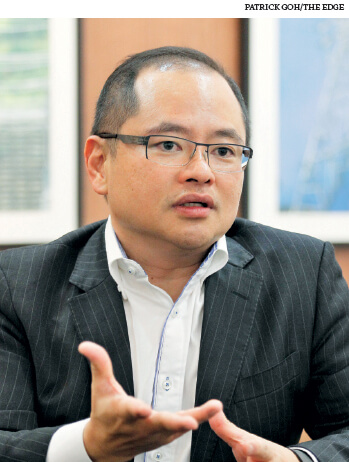 Pay Chuan: The cost of the land is the deciding factor 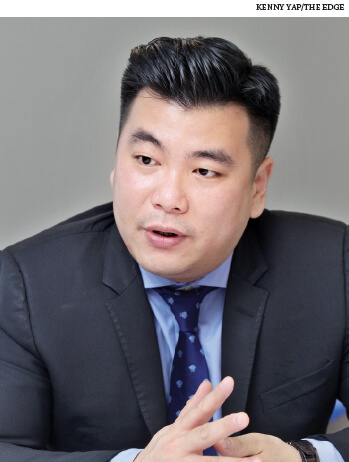 Teh: You need a certain financial capability to kick off the projects 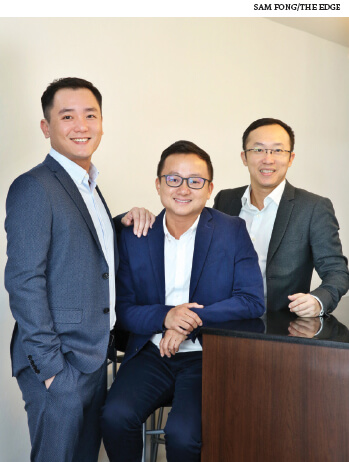 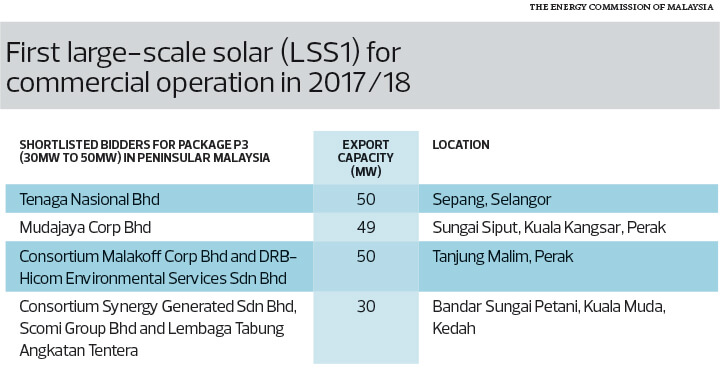 COMPANIES involved in generating electricity from sunlight will be back in action soon as the country’s much-anticipated, mouth-watering large-scale solar (LSS) programme will resume with a new round of open tender next year.

In a move to increase Malaysia’s power generation from renewable sources, the government recently announced that RM2 billion worth of projects under the third cycle of large-scale solar (LSS3) schemes will be dished out.

It is worth noting that LSS3 — with a total electricity generation capacity of 500mw — is in addition to LSS1 and LSS2 (a total of 958mw), which are scheduled to be realised by 2020.

To date, out of the total planned capacity of 958mw under LSS1 and LSS2, three projects with a total capacity of 32.5mw have reached the date of commercial operation. Other projects are expected to start generating power by end-2018 to 2020.

It is interesting to note that renewable energy (RE) constituted 2% of Malaysia’s total energy generation mix as at end-2016. The government hopes to increase this to 20% by 2025.

Energy, Science, Technology, Environment and Climate Change Minister Yeo Bee Yin has said the country would need to deploy 3,991mw of additional RE capacity to achieve that goal.

As Malaysia is expected to launch a 500mw solar power tender for LSS3 next year, what are solar energy players’ main challenges in meeting the government’s renewable energy target by 2025?

Industry experts The Edge spoke to point out that acquiring suitable land and a lack of economies of scale are among the major obstacles facing solar power plant developers.

This will have a negative multiplier effect on the downstream engineering, procurement and construction (EPC) contractors.

According to Pestech International Bhd CEO and executive director Paul Lim Pay Chuan, the biggest challenge for solar power plant developers is finding suitable tracts of land near the grid.

It is estimated that three acres of land are required to generate 1mw. In other words, a 30mw plant will need 100 acres and a 50mw plant, 150 acres.

“You cannot stack them up because every solar panel needs to be exposed to sunlight. If the plant is in a remote area, it is likely that the route to the grid will be long, so the investment in infrastructure will be high. It has to be near the grid, but then again, land is going to be expensive there,” Pay Chuan explains.

He says the cost of the land is the deciding factor, because every plant developer will have similar costs for the solar panels.

“Yes, Pestech may have a little advantage [on cost] because we are a power specialist, but still, the civil part (getting the land) is crucial,” he adds.

Hoping to get a slice of the LSS3 project next year, the group is currently in talks with several local and foreign partners. Nevertheless, its priority is to acquire suitable land to build a solar farm with a capacity of between 30mw and 50mw.

“We are at the beginning stage. Given the new environment — as the government has said business players don’t need to know who, they only need to know how — Pestech is more confident of being at the front line of the tender. Since we know how to do it, we want to give it a try,” says Pay Chuan, who is of the view that solar energy generation is not a complicated business, provided suitable land is found.

“To be honest, the solar business is quite straightforward. It is basically just panels lined up, waiting for sunlight, converting DC (direct current) into AC (alternating current). It is much easier to operate than coal-fired or gas-fired power plants.”

He says RE has always been Pestech’s area of interest as the group has experience in solar farming. “Currently, we are doing infrastructure works for the LSS2 guys. We have not been a power plant developer. But now, we hope to find a partner and become a developer for LSS3.”

“We are definitely interested in LSS3. We have not found the land yet. The tender itself will take about six months. So, if the tender opens in January, we have to submit our tender by the June deadline,” says BGMC CEO Datuk Michael Teh.

BGMC is named after its founding chairman and executive director, Tan Sri Barry Goh Ming Choon. He is better known as the co-founder of property firm MCT Bhd, which is now controlled by Philippine property conglomerate Ayala Land Inc.

Over the years, BGMC has been involved in power transmission and distribution — one of its core businesses — and building infrastructure for the power industry, including substations and underground cabling.

Last December, BGMC and its joint-venture partner, Bras Venture Bhd, received a bid acceptance letter from the EC to develop the solar power plant in Kuala Muda, which is estimated to cost RM180 million to RM190 million, including the land.

“We are doing an evaluation of EPC contractors [for the Kuala Muda plant]. We are also working out the finances and funding of the plant. Our target is to get them done by March next year. By then, we should be able to commence construction,” says Teh.

Atlantic Blue Sdn Bhd, one of the front runners in the EPC tender for the Kuala Muda plant, is also eyeing LSS3 jobs.

“The LSS3 project is a great opportunity for us. We will see who is going to share the RM2 billion pie. We plan to make 20 submissions for our potential customers. Hopefully, of those submissions, at least eight can win,” says Atlantic Blue managing director Lim Chin Siu.

It is learnt that the planned 20 submissions are for a total of 300mw, which are estimated to be worth RM1 billion.

“If they (our potential customers) win, we need to tender for their jobs. By right, we should have a better chance to be appointed as their EPC contractor as we are helping them make submissions. But, of course, we will not win all,” says Chin Siu.

Currently, the LSS contracts are within the 1mw to 30mw range. The maximum capacity per project was scaled down from 50mw under LSS1 to 30mw under LSS2 as the government wants to encourage more companies to participate.

While the intention was good, solar power plant developers soon realised that financing was a problem. It is estimated that the investment per megawatt is about RM5 million to RM6 million. In other words, 30mw will require RM150 million to RM180 million.

“Based on feedback from the banks, 30mw is neither here nor there — it is too small for a bond, but slightly too big for a term loan. In terms of scaling, I think 50mw is just nice,” says BGMC’s Teh.

“You need a certain financial capability to kick off the projects. Without support from the financial industry and investment community, the whole thing cannot go.”

He says a bond is a good debt instrument as it gives stable exposure and long-term financing. Also, a bond issue would circumvent interest cost fluctuations.

“But the banks will always say your project scale is too small. Raising over RM150 million via a bond issuance is probably too small for banks. So, I think the EC should consider increasing the maximum capacity from 30mw to 50mw so that we have the right scale,” Teh says.

Under Budget 2019, it was announced that a RM2 billion GTFS will be made available, where the government will subsidise the interest cost by 2% for the first five years to incentivise investment in green technology.

Atlantic Blue director Edmund Tan Chyi Boon shares the same concern. “For a bond issuance, it has to be RM250 million to RM300 million. If your project is only RM150 million, the investment bank cannot do it for you. You may have to turn to corporate banking, but then again, RM150 million is probably too big for them. That is the problem. You are stuck in the middle.”

Solarvest Energy managing director Davis Chong says this is a concern not only to the developers but also to the downstream players.

“To put it bluntly, if the developers get a good investment return, we, as the EPC contractor, could enjoy a good margin as well. But if their investment return is tight, they might have to squeeze us,” he explains.

However, Pestech’s Pay Chuan remains unfazed, stating that in general, banks are still keen on local RE projects.

“You have a power purchase agreement with TNB, so the banks will not be rejecting RE financing. Even if they do, there are a lot of other funds or RE financing available worldwide,” he says.

“Of course, if you have no choice, you may have to settle for higher interest rates, which is still okay ... it’s not a big issue at all. As the saying goes, you can’t have your cake and eat it too.”