From The Edge
Retail + Marketing

Honouring the essence of creativity

FIFTEEN-YEAR-OLD agency Creative Republic Sdn Bhd lives and breathes its “Citizens of Thought” tagline. What better way to do this than to have leaders who uphold the meaning and values of creativity within the advertising and marketing industry.

Fresh from winning the Auto Bavaria Malaysia account — just days after a three-agency pitch in early December — chief executive officer Esther Tan and executive creative director Anthony Wong shared insights into the marketing and advertising industry and their motto in being “enemies of the ordinary”. (Auto Bavaria is a division of Sime Darby Auto Bavaria Sdn Bhd and is the country’s leading BMW, MINI and BMW Motorrad [motorcycle] dealer).

For the duo, pride lies in the moment that an audience appreciates a commercial production like at a recent premiere when Creative Republic’s cinema advertisement of Lingham’s chilli sauce was shown. Wong and Tan had blended in with the audience before a 50ft screen.

“It brought a smile when we heard someone exclaim out loud ‘Oh! It’s Lingham’s (sauce) wor!’ and another clapped out loud,” Wong said, before relating how Creative Republic had sought to highlight the heritage of the 100-year-old brand instead of sticking to the traditional how-to-eat-with-sauce concept.

The advertisement featured how dance had evolved from the early 1900s to today’s modern moves. The 41-second ad wraps up with a bottle of Lingham’s chilli sauce flying into the hand of one of the dancers and the tagline “Trends change but Lingham’s doesn’t” appears.

The challenge for Creative Republic was unravelling how to “speak” to the younger generation, and getting them familiar with Lingham’s, a pure organic chilli sauce.

“We had to make the brand stand out and because our benchmark is European commercial standards, we had to find a way to produce a creative enough ad and that’s when we found how entertainment value was absent in a lot of Malaysia’s commercials,” Wong said.

Wong, with 20 years of experience in advertising, finds it is the “what’s next?” question that piques interest in a presentation and that’s the approach that he takes to each new audiovisual commercial.

Another happy client, according to Creative Republic, is Alliance Bank (M) Bhd which had come to the agency, looking for help in making their “Banking made personal” tagline resonate with consumers.

“Alliance is the smallest among nine major banks in the market so we went back to the origins of the tagline which is because they are small; they’re always going to be more personal.

“That led us to the soul of the bank which is their values and then we looked for a way to speak to the target market,” Wong explained.

Tan, a former award-winning journalist before joining the advertising foray, adds that three print ads were produced, much to the joy of the client.

“They loved it and we thought how an audiovisual approach would also work. The commercials went down well with our client but unfortunately these commercials were confined to YouTube because of budget constraints,” Tan said.

The underlying groundwork for Creative Republic when it comes to clients is the necessity for brand building, Wong shared.

“People must love the brand, and have that affinity because nothing else matters when it comes to buying power. Steering people to the brand works better than hard sells,” Tan chimed in.

Wong shed light on how there are three values that guide the way to deliver Creative Republic’s world-class creations, besides the passion and thinking that fuel their drive.

“First is our value towards strategic and creative work. Intelligence is second and we promise our clients will hear and see this from us. Lastly, it is creativity and finding the simplicity in it, which is underrated,” Wong said, describing an approach to each assignment as a strategy for war.

“We have to remember that we’re marketing in a battlefield of products and it’s about winning a battle of perception,” Wong said.

You’ve lost the battle if you cannot change minds about the product or create a desire for it. To win, you need a platoon of thinkers and Creative Republic’s platoon works hard to uphold its principle of being a thinking agency of substance, he added.

Awards and accolades aside, Wong —who does have awards to his name — is a firm and passionate believer in this: “If we lose creativity and innovative ideas, what are we as a nation? The creative is our last bastion of hope, and Creative Republic rebels and swims against the current because our task is to uphold a rebellion against conformity.”

“Woody Guthrie [American singer-songwriter] said: ‘Any fool can make something complicated. It takes a genius to make it simple’, and we are driven by our passion to fight the most difficult of battles in our journey of becoming a 100% home-grown sought-after marketing agency,” Wong added. 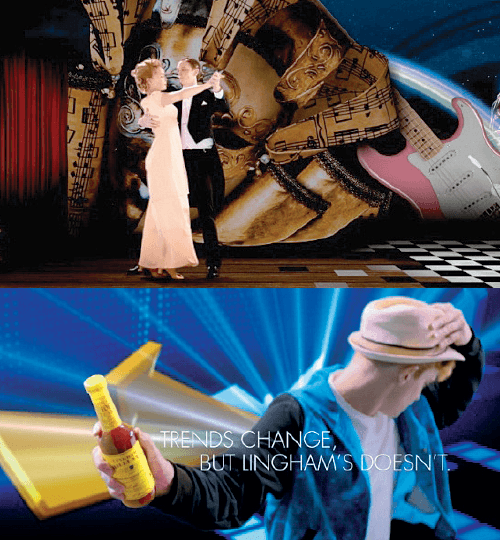 This article first appeared in The Edge Financial Daily, on February 10, 2015.