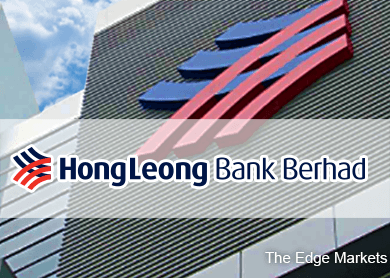 This confirms an article by The Edge weekly in January 2014 which had reported that the Hong Leong group was planning to move from its corporate headquarters in Kuala Lumpur to DCKL once the office building is ready sometime in late 2015.

DC Tower holds the development and ownership rights in respect of the 33-storey office building (Office Tower A) with a total net lettable area of 506,069 sq ft in DCKL.

DC Tower's issued share capital comprises 2.5 million shares and 36,450 redeemable preference shares with a premium of RM999 each. Based on the audited financial statements of the company as at June 30, 2014, its net profit was RM62.2 million and its net assets amounted to RM101.8 million.

HLBB said it will fund the proposed acquisition through bank borrowings and shareholders’ equity.

It added that development cost of Office Tower A is estimated at RM350.6 million, with construction commencing in August 2013 and is expected to be completed by December 2015. As at May 31, 2015, it is 71% complete.

The proposed acquisition is expected to be completed by the first quarter of 2016.

Upon completion of the proposed acquisition, HLBB (fundamental: 2.8; valuation: 2.2) said it will own the office building and plans to relocate its head office from Wisma Hong Leong, and concurrently relocated selected departments from other premises across Klang Valley into the same property.

"Consolidating its personnel into one location will enable HLBB to improve working synergies and effectiveness. It will also mitigate the risk of HLBB being subjected to periodic rental revision and non-renewal of tenancies upon expiry.

"The property will also be partially leased to related companies of HLBB. Arrangements in relation to the leasing have yet to be finalised and as such, details on the same is unavailable at this juncture," the group added.

Hong Leong’s property arm Guocoland is the developer of DCKL. Apart from Office Tower A, the RM2.5 billion  project also consists of two high-rise towers of luxury residences, a lifestyle mall and a five-star hotel.