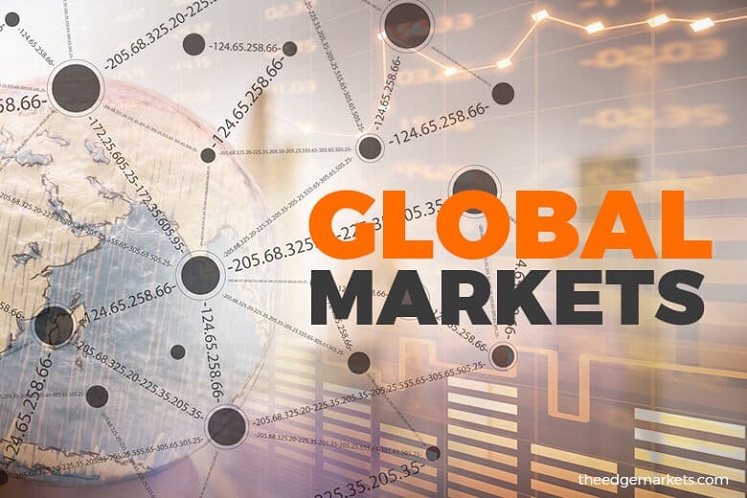 These tensions plus news that China has dropped its annual economic growth target for the first time added to concern about the fallout from the Covid-19 pandemic, knocking oil prices down more than 4% and boosting safe-havens such as U.S. Treasuries.

European shares were broadly lower but pared losses as the session wore on. U.S. stock futures pointed to a flat open on Wall Street having traded lower earlier.

That followed a sharp selloff in Asia after China said it would impose new national security legislation on Hong Kong — sparking a warning from U.S. President Donald Trump that Washington would react "very strongly" against an attempt to gain more control over the former British colony.

U.S./China tensions have risen in recent weeks, with Washington ramping up criticism of China over the origins of the coronavirus pandemic.

"In the early stages of the recovery, the return of these old uncertainties will challenge the optimism that we have seen in world markets," said Nordea chief analyst Jan von Gerich.

"Maybe if the tension was just between Hong Kong and China, the fallout might be limited, but we know this is also impacting the U.S./China relationship."

Analysts said that heavy central bank stimulus continued to underpin sentiment -- MSCI's world stock index, is up around 2.8% this week and set for its best week since early April.

Deutsche Bank strategist Jim Reid noted that it took more than 3-1/2 years between September 2008 and 2012 to "achieve" the US$4.5 trillion cumulative expansion in G10 central bank balance sheet assets seen over the last 12 weeks.

"Overall it's fascinating to see that markets are shaking off the very bad news on the future U.S./China relationship much more now in the face of a global pandemic than it did last year when the tensions were fraught," he said.

"The relationship feels more in terminal decline now than it did 6-12 months ago. Maybe the answer to this puzzle lies in the central bank liquidity surge."

Japan's central bank on Friday unveiled a lending programme to channel nearly US$280 billion to small businesses hit by the coronavirus. India slashed rates for a second time this year and in the minutes from its last meeting, the European Central Bank said it is ready to expand emergency bond purchases as early as June.

The souring in sentiment pushed China's yuan to a more than 8-1/2 month low in onshore markets. Offshore, the yuan weakened to a two-month low at around 7.16 per dollar.

News that China has not set an economic growth target for the first time since the government began publishing such goals in 1990 had been anticipated, but added to a sense that the coronavirus fallout is likely to be protracted.

Short-dated British bond yields fell further below zero to new all-time lows, after data showed a record collapse in retail sales and the Bank of England said more bond purchases are "quite possible".