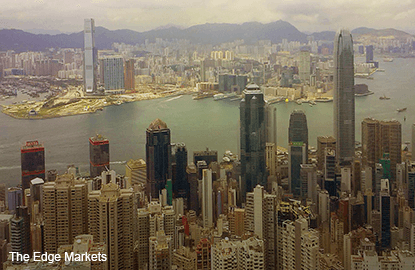 HONG KONG (Feb 15): Hong Kong is beefing up its anti-money laundering and corporate disclosure laws in a move that some financial crime specialists say could lead to the exodus of billions of dollars in assets from the territory as people seek to avoid increased scrutiny.

The Chinese territory's government has been rattled by last year's Panama Papers scandal, which showed that Hong Kong was the most active center in the world for the creation of shell companies. They have many legitimate purposes but can also be used to hide assets and evade taxes.

Some of these entities were linked to powerful Chinese politicians, creating a potential embarrassment for Chinese President Xi Jinping, who has been conducting an anti-corruption crusade in the past few years.

The Chinese central government's Hong Kong and Macao Affairs Office in Beijing did not respond to a request for comment.

Through legislative proposals published without any fanfare last month, Hong Kong's Financial Services and Treasury Bureau (FSTB) seeks to impose anti-money laundering laws on non-financial businesses and to require private companies to disclose who their true owners are.

The new rules would introduce a direct licensing regime for agents that set up and manage the paperwork for thousands of trusts and "letter box" shell companies that have no real business operations. The FSTB says it is concerned that the system may be used by criminals to conceal and launder illicit proceeds.

The trust and company agents, as well as lawyers, accountants, and real estate agents, will have a statutory obligation to perform a range of checks on clients and their source of funds under the proposals. They will have to report any suspicious transactions or face the threat of prosecution, and be required to keep records for six years.

Hong Kong financial firms have been subject to strict anti-money laundering laws introduced in 2012 but the service sector has until now been operating under self-regulatory regimes without the force of law.

Private Hong Kong companies would be required for the first time to obtain and hold up-to-date information on their true owners and controlling parties, and provide this information to the authorities upon request. Failure to keep accurate records would be a criminal offence.

The changes should be implemented "as a matter of priority" to meet requirements outlined by the Financial Action Task Force (FATF), the global body that sets standards for combating money laundering, ahead of its review of Hong Kong next year, the FSTB said in the proposals.

They also come as China, the largest source of the money channelled into offshore centres, according to the Panama Papers documents leaked to the International Consortium of Investigative Journalists, battles to stem capital outflows.

Nearly US$1.4 trillion of illicit money, derived largely from corruption, tax evasion, and money laundering, flowed out of China between 2004 and 2013, according to think tank Global Financial Integrity. Much of that went through Hong Kong, say the financial crime experts.

The nation's central bank, the People's Bank of China, which regulates money flows inside China and into and out of the country, did not respond to a request for comment.

The leaked documents from Panama law firm Mossack Fonseca, which contained information on 214,000 offshore companies, showed that its Hong Kong offices were its busiest globally. It worked with more than 2,200 banks, accountants, law firms and other middlemen in the city to funnel money from China and elsewhere into nearly 37,700 entities registered in secretive locations such as the British Virgin Islands (BVI).

The scandal also exposed the widespread practice among Hong Kong companies of creating offshore entities to act as shareholders, shielding the identity of real owners. Companies principally based in the BVI were the largest source of direct investment in Hong Kong resident enterprises and the largest source of annual investment inflows between 2013 and 2015 the latest government data shows.

"If you were afraid of Xi's corruption clampdown these measures may make you think twice about parking your assets in Hong Kong," and they will probably be moved elsewhere, said Jane Moir, director at Princedale Advisory, a Hong Kong corporate investigations firm.

Mossack Fonseca's Hong Kong office did not respond to a request for comment, but the company has said it complies with a range of regulations and conducts due diligence on clients.

The Hong Kong Institute of Certified Public Accountants' CEO Raphael Ding said in a statement that the government's proposals on customer due diligence and record keeping will help it "to enhance its regulation of the profession" regarding anti-money laundering. Still, he said there were many legitimate reasons why companies and individuals wish to make use of offshore structures to hold assets.

The Estate Agents Authority, which is responsible for regulating real estate professionals in Hong Kong, said that it "attaches great importance" to anti-money laundering measures by those with real estate sales licenses.

And the Hong Kong Law Society said in a statement that there is no evidence that solicitors have failed in their obligation to make suspicious transaction reports.

The consultation on the proposed law closes on March 5 and the government hopes to table a bill in the legislature in the second quarter.

Kenneth Leung, a lawmaker representing accountants, said the proposals may be opposed by some business interests but that the Legislative Council would likely be supportive.

The government will have to move fast if it wants to implement and enforce the new rules by the time FATF visits Hong Kong next year, said Leung.

FATF can put a jurisdiction on a blacklist if it is uncooperative in the battle against money laundering. While that doesn't trigger any formal sanctions, it can make banks, companies and other entities very wary about doing business with that place.