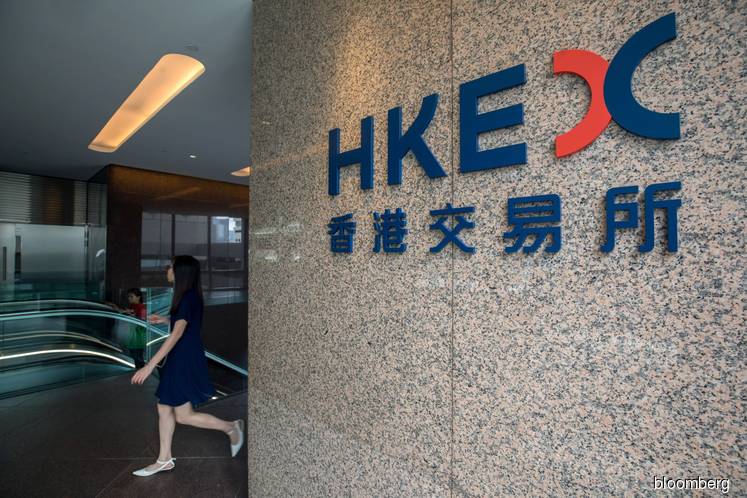 HONG KONG (May 22): Hong Kong stocks sank after Beijing announced its intention to impose a national security law on the city, which could trigger a new round of protests as well as heighten tensions with the US.

The MSCI Hong Kong Index traded 5.4% lower today, heading for its worst loss in two months. Real estate firms were the worst hit amid concern over potential outflows, with Sino Land Co and Link REIT plunging the most since 2008. The Hong Kong dollar was slightly higher after falling the most in six weeks late yesterday.

Concern over the scope of the measures, which would target secession, sedition, foreign interference, and terrorism, threatens to end the relative calm that has endured in the city of 7.5 million since the Covid-19 outbreak was reported in January. The uncertainty may also spur residents and investors to park their money outside the city, a trend that was seen last year.

“We could have new protests,” said Kenny Wen, strategist at Everbright Sun Hung Kai Co Ltd. “Local tensions could trigger Sino-US tensions and the latter is much more stressful for market sentiment and the macro economy.”

China will improve national security in Hong Kong, Premier Li Keqiang said, a day after China announced dramatic plans to rein in dissent by writing a new law into the city’s charter. The law was expected to pass China’s rubber-stamp parliament — delayed from March by the Covid-19 outbreak — before the end of its annual session May 28.

Sino Land, Link REIT, Wharf Real Estate Investment Co, and New World Development Co plunged more than 8%. The city’s pegged currency, which has been near the strongest it can trade versus the greenback since late March due to relatively tight liquidity, weakened to 7.7551 overnight and last traded at 7.7542.

US President Donald Trump said yesterday that the US will “address very strongly” any Hong Kong crackdown. Two US senators also proposed a bipartisan bill that would sanction enforcers of the proposed law. Secretary of State Michael Pompeo has delayed an annual report on whether Hong Kong still enjoys a “high degree of autonomy” from Beijing, telling reporters this week that he was “closely watching what’s going on there”.

Hong Kong’s economy has struggled under the double blow of anti-government protests and the virus epidemic, with the latter prompting the shuttering of borders to non-residents. Gross domestic product contracted by a record 8.9% in the first quarter from a year ago, and the unemployment rate has risen to the highest since 2009. One in four retailers could disappear by December if sales do not improve, according to an industry association.

Activists were already calling for protests against the legislation China introduced today. But social distancing laws still restrict gatherings to no more than eight people, making a return to the massive protests of 2019 hard to achieve for now. The current rules were recently extended to June 4, when tens of thousands typically gather to mark the military crushing of the 1989 protests in Beijing.